50 Anniversaries To DistiLate The Lawton Party

John Lawton. You probably know him fronting Uriah Heep from '78 to '79 on three of their albums: Firefly / Innocent Victim / Fallen Angel. But he was and still is the main singer for the German Classic/ Progressive Rock band Lucifer's Friend. Their latest album was released in 2016 and they are promising a new one coming out in spring 2018.

Credit where credit is due: Lucifer's Friend first album cover is by far one of the creepiest album covers ever. The band started out as Asterix, then changed name. John was already with them on their one and only album recorded in 1970. Also in seventies, he branched out by joining a pop singing group Les Humphries. The group went on to represent Germany in 1976 Eurovsion Song Contest and had some big names in the line up like: Linda Thompson (Silver Convention), Henner Hoier (Rattles) and Liz Mitchell (Boney M). Their most popular song "Mexico" was #1 all over Europe in 1972. "Set The World On Fire" was a project fusing Classical music with Heavy Metal, led by Volker Barber. John was also a member of the German Heavy Metal band Rebel. They changed their name to Zar later. On "Eagles Flight" John sings a duet with Tommy Bloch. (Ez Livin') 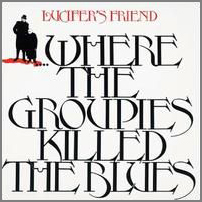 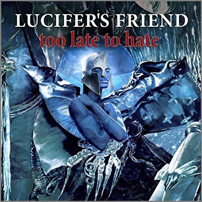 7. LUCIFER'S FRIEND - Straight From The Heart

8. LUCIFER'S FRIEND - I Will Be There 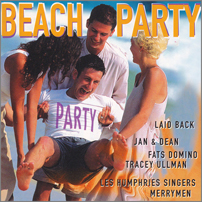 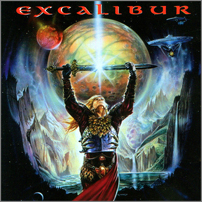 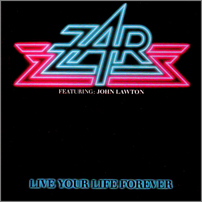 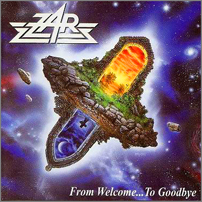 Interesting artist, certainly following Byron was a daunting task and though I haven't heard any of his UH albums - at least I dont think I have - album covers like this one probably didn't help him out much.  My brother had High and Mighty in his collection but it didn't really get played much, I was always a Demons and Wizards, Magicians Birthday and Sweet Freedom fan and then I picked them back up at Abominog, skipping Lawtons output wholly.

Yeah, the covers at the Lawton era won't win any prizes, except for the goofiest one with this snake coming from the family of Kermits.

I was too young when the band started out, but I was introduced to them through some older guys who had their albums from the start up to Demons And Wizards. The albums they released after that weren't readily available or people I knew stopped buying them, but I too started collecting Uriah Heep with Abominog.

I went back and listened to Lawton albums after I got into Lucifer's Friend. Firefly and the Innocent Victim are both great additions to their catalog, each having a staple Uriah Heep song I heard before. (Firefly: "Sympathy" and Innocent Victim: "Free Me") Fallen Angel is what I call a "Love" album. If you like those, you might have higher opinion on it than I do. Not bad, but I can see why Lawton was booted or left, whatever the case might have been.

Ride The Sky had moments of Zeppelin-esque feel to it and his vocals were a nice hyrbid between Plant and Dio.  Really liked his vocal on this song.  Alpenrosen is a strange mix of prog but I liked it for some reason.  These first 4 tracks are real nice listen and I like the prg elements most, the guitars are nice and his vocals are definitely strong.  Maybe I shoudl go back and listen to his UH work...

If you liked the vocals on the first 4 songs, then definitely check out the next batch. My CDs of their first two albums are old releases and the vocal were mixed back. New, remastered versions are available so I don't know if they fixed that or not, but "Too Late" has a pristine production and Lawton really shines through.

There's a real tone shift in the vocals from Friends Then to Friends Now, I guess that the way it goes.  There's only a few timeless voices out there.  There's also a shift the in the experimentation of the music, the "Then' stuff sounded more good time jammin', this has more structure and production, also a product of time I'd guess. The prog elements are muted/gone as well.  and, was that a PacMan sound effect?  :-)  I digress...  I'm not saying this is bad, I'm saying I prefer the Friends Then set

Lucifer's Friend was never a true Prog Rock band. It might seem that way from what I posted but they are more of a Classic Rock band, and yes on their new album they went exclusively Classic Rock. I don't think the leisure jamming  cuts it these days. You like it, I know you said that much, but I would rather leave it in the past. Not that I hate it, just feel like it's more appropriate for concert settings than studio releases. Like you said, goes with the time. Lucifer's Friend went to play Metal later. I guess they settled where they are the strongest: Classic Rock.

And yes, John Lawton can sing in many different styles. Truly a timeless voice.

It's more proggy to me, but I guess it could all be grouped under classic rock. The LF songs are really good and then it gets destroyrd by that Beach Party crap. That album cover there should just give it away.After that, it's ok but really need to listen to LF again to wash that Beach Party song completely from my mind.

Of course that's not Uriah Heep's best album cover. We all know which one is.