Since today is March 8th, I though it would be appropriate to clear the stage for the ladies who can Rock with the best of them, and salute the International Women's Day properly. I wanted to do a list of female artists I can think of, but that index became quite populated as soon as I started. To trim back, I decided to go with International artists who sing in English... It's only fair, right? I thought that's gonna be a challenge, but third way through my collection, I had so many candidates again, that I had to stop looking further. Even so, I had to leave off few artists. For example Brazil and Japan lost two entries. Portugal, Macedonia, Croatia, Taiwan lost one representative each and all the countries that made the list, for each woman that found a place on the list, one was left out, while Hungary sacrificed 5 artists.

All in all, I'm quite proud of the number of female artists represented in my collection. And all these ladies are just what falls into Rock and Metal category. Around Mother's Day, I'm planning to do another one with female artist from places I left out this time, like: North America, UK, Scandinavia, Germany and Australia. Let me know what you think, in your comments, how should I proceed? One song per one artist/country (like here) or pick 3 ladies and a focus of 4 songs for each?

Until then, ladies first... Age before beauty. Once Sarolta was hailed as the next Janis Joplin. Then she turned down a marriage proposal from Maurice Gibb. Later she dropped off the International music scene, but remained popular in Hungary. She was in the center of few controversies, too. The albums she recorded in the 70's with bands such as Locomotiv GT, (remember them?) featured some mind-blowing metronomic drum breaks and a hard funk-rock sound that attracted collectors around the world. The original copies of her LPs go for stupendous sums, however Finders Keepers Production compiled her key-cuts and released it Internationally on a CD. All the songs are in Hungarian language except for the 3 Bonus tracks included here. 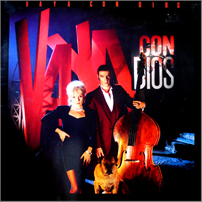 Vaya Con Dios was one of the most successful Belgian music acts ever, having sold more than 7 million albums and more than 3 million singles. They stood out for mixing of styles, as well as the distinctive voice of its lead singer Dani Klein. 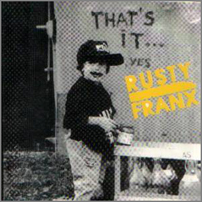 And that was really IT for the band led by Heidi "Rusty" Loffler. Shame really. Her rusty/coarse voice and great playing by the band, should have taken them further in their career, but as fate will have it, this release remains one of the most obscure, hard to find, AOR CDs out there. You didn't think I had one from Turkey, did you? Turkish Symphonic Metal band from Istanbul. Their music features a combination of Hard Hock/Heavy Metal with elements of traditional Turkish folklore and Classical music. Nihan Tahtaipleyen is the singer of the band and she also plays the violin. 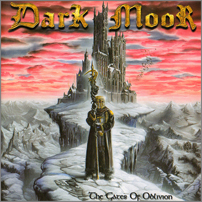 Neoclassical/Symphonic/Power Metal band from Madrid. This is the bands third album and the last one to feature Elisa C. Martin on vocals who left Dark Moor with two other members to form Dreamaker. She's been singing Heavy Metal since she was 12 years old and formed few bands before she joined Dark Moor. 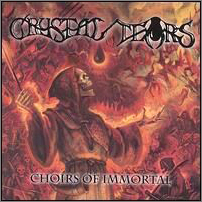 Greece is not all about Gus G. They have more horses in this race. Natasa Pandreia has a powerful voice to prove it. Later she joined Dimorfia. Heavy Metal band from Katowice. The singer is Leather Wych. Recently, she also plays the Guitar. 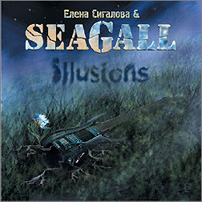 Who'd thought that the female representative from Russia is not a singer, but a guitarist leading her own band. Joe Satriani, watch out! 12. ANCIENT BARDS - The Birth Of Evil
from "The Alliance Of The Kings (The Black Crystal Sword Saga Pt.1)" CD ℗ 2010
Country of Origin: Italy

Another strong female artist leading a band of male colleagues. Daniele Mazza conceived the band, plays the keyboard parts, plus provides the vocals. The third and final part of the trilogy was released in 2014.

I had to double check on that Zalatnay cover since it sounded almost lke Janis Joplin. Nice job on her end. Out of this bunch, she was the best. There's some good stuff here, but it's in the realm of "heard this before/nothinhg new here so move along".