52 Cards To DistiLate The Rea Party

Chris Rea sold over 30 million albums worldwide. At the beginning, I heard some of his songs on the radio, but I never felt any need to buy his albums. In many ways, I thought of him same as I did of Elton John. It was a pleasant listen and nothing more. Until I heard "Curse Of The Traveller". I think this is where his voice went husky, his slide-guitar skills started to show and his pop melodies got a rockier edge. Road To Hell was his next release and by then all my friends knew who he was, thanks to immense radio play and me listening to the album non-stop. I stuck around till Road To Hell Part 2, after which my interest waned. Soon he changed his style to Blues and I stopped following him, until last year, when he returned with a Rock album again. Mostly ballads though, but that's where his strength is. On a side note: Auberge was the very first CD, I ever bought.

Chris Rea wrote the title track and music score for the 1993 drama "Soft Top Hard Shoulder". In 1996 he wrote the whole soundtrack for the film "La Passione" in which Shirley Bassey performed two of his songs. One of them is a full-fledged Disco tune. Perhaps, it's the best song to illustrate Chris Rea's diversity in music styles. In 1999 he played a main role in "Parting Shots" alongside some big names such as; Bob Hoskins, Diana Rigg, John Cleese, Ben Kingsley in a film full of controversies and by now widely regarded as one of the worst films ever made.

Chris Rea is also one of the very few artists the missus and I, can both enjoy. And since I couldn't narrow down the playlist to only 12 songs, based on what I listen to most, I went with the songs she prefers to play. I left out Road To Hell, because it seems like a common knowledge here. Chris Rea did not collaborate much with other artists and made many guest appearances, so there isn't much to expand on beyond his own catalog, but it's worth making a note, that he did sing a duet with Elton John on "If You Were Me" (not included here), as well as supporting Patricia Kaas with his guitar on few of her songs. 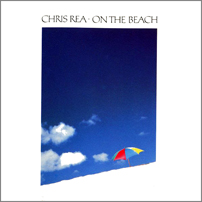 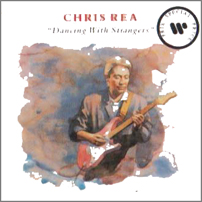 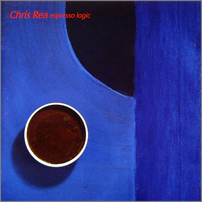 This was ok, I've heard quite a few of these tracks before but it did tend to drag a bit towards the last few songs. Some interesting songs, but nothing I'm in a rush to own.