53 Beads Late To The Cangit Party

Today's selection presents three singing Canadian guitarists, you probably never heard of, but... You should have.

Credits were credits are due: Canada's population is so small... That everybody is connected to somebody. Let's test that theory, shall we? Here we have three guitarists: one from Nanaimo, one from Montreal and one from Toronto. David Gogo is the cousin of Trooper keyboardist Paul Gogo and singer/songwriter John Gogo. See? What did I tell you, but how is he connected to one of the other two guitarists presented here? Glad you asked. His self titled, first album (sampled here) received a nomination for a Juno Award. Coincidently, (or not) Tony Springer was nominated for a Juno Award himself, as part of his band, Wild T & The Spirits, for Most Promising Male Vocalist in 1992, while his band's 1993 album "Givin' Blood", was nominated for a Juno Award in 1994. Springer also appeared as a guest musician on David Bowie's 1993 album "Black Tie White Noise". And this leads us to Walter Rossi, to whom a position was also offered by the late British rocker, what Rossi respectfully declined. Rossi released few solo albums, however he is probably best known as a member of Buddy Myles Express and Wilson Pickett's band. And guess what? He too was nominated for a Juno Award, for the Best New Male Artist in 1976, for the work on his first solo album. There you have it. In case you are looking for more connections, there isn't one. At least not to my knowledge, but both, Rossi and Springer were born outside Canada. Italy and Trinidad, respectively.

click on the cover, to hear Canadians play guitar 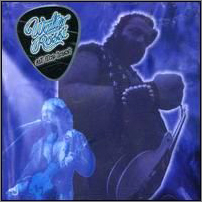 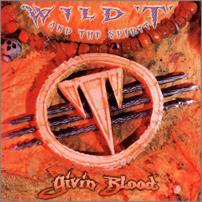 This started off pretty boring, nothing new to hear with Gogo, the vocals were pretty weak. Geetar was ok. It picked up with Rossi with different stylings and better vocals. Wild T was ok, better than Gogo but nothing too memorable. So the clear winner is Rossi this round which makes sense since he's showing a fist.

The showcase wasn't intended to be a competition, but I like that you made it into one, nonetheless. I suppose they had enough common things to be compared to each other.

Of course, I like them all, but if I had to rank these 3 artists to my preferences, the result would have been exactly the same. Which is quite fortunate since that means, this is not the last we heard from Rossi. I just have to find a theme for him to fit in.