It's a well known fact that Scorpions were never big enough for two Schenkers. Sure, Rudolph bought a Flying V for his little brother, let him perform on stage at tender age 11 and gave him a spot to fill on their first album when he was only 16, but if things were so rosy between the two brothers, then why would Michael leave the pricks in a UFO? Of course, the aliens do probe humans where the sun don't shine (without intergalactic consent) and they do slap them silly on stage, when they don't fall in line, but was that any reason to crawl back to the nest of those little arachnids just to leave them again faster than you can say rivalry, eh? Well, he did do good for himself after that second split, nobody can deny that. And over time, Michael did surpass his big brother's fame and technical skills, but not his mental stability, proving that geniuses can fall off the wagon, like the rest of us. Either that, or he was just probed, once too often.

And what about their sister, Barbara? Did you know they have a keyboard rocking Schwester in a band Viva? Well, now you do. However, and before I go any further, let me just say this... This post is not about the Schenkers.

No! This is about the other guitarist from the long line of Scorpions: Uli Jon Roth aaaand his little brother... Zeno. (May he rest in peace). Like Schenkers, the Roth siblings haven't tolerated each others presence in a customary family-sticks-together fashion, either. After Ulrich left the Scorpions, he made 3 albums with the Electric Sun (don't let the impression of a band fool you, it was his project all along) and all he gave Zeno was a very small role on one of their albums. Sounds familiar? And that's were the brotherly love ended... Forever, because Zeno is yet another great musician we lost this year. (Feb 5th.) No second chances. Truly a sad story. It would have been great to hear them play together on a same album, but unfortunately, that ship sailed with Charon. If there is a lesson to be learned here, then the Schenker's should pay extra attention and join forces, before it's too late. Maybe, one day. Who knows? Until then... Let's clear the stage for the Roth's. And if you think this is a competition... Then let me know, who's the winner?

click on these covers to hear Roth 'n' Music 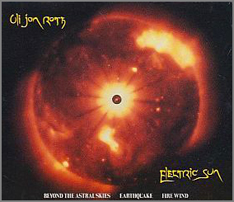 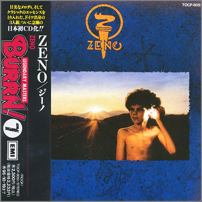 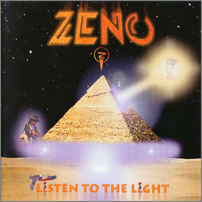 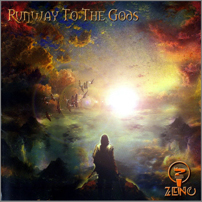 If there's a competition, then Uli. However, both are seriously lacking in the vocal department, probably due to the language barrier. Uli is just so damn cool, Zeno isn't bad but Uli is more interesting.

As for Michael, he was just upset that he wasn't allowed to have balls on his face. Still, love that guy!

Yeah, I'm pretty sure someone whose opinion Uli respects, told him the same thing, since these days he sticks to what he does best: playing the guitar. Although in "What Is Love" Michael Flechsich? was singing.

Zeno on the other hand did not sing on any of the tracks I posted. (In fact I think he only sing one song on all of his albums) Most of these tracks were performed by: Michael Flexig (I think it's the same guy from above, different spelling) and he was involved with few band, among others he sung background vocals on one of the Eloy albums. One song was performed by Tommy Heart (Fair Warning, Soul Doctor, V2) and one by Michael Bormann (Jaded Heart, Letter X etc.) so I have no idea, what you're talking about.

I'd say if your name is Michael, you have a pretty good chance of ending up singing on a Roth album.