56 Revolutions Late To The Past Party

Last week you heard three seemingly unrelated artists. The common factor was left out to be deciphered, but no one took the bite. That's OK. Everything will be revealed at the end, so... Welcome to the past of these three artists, because that is where your answer lies.

click on the cover to hear past, tense music Before Kornell Kovach became a music mogul or even the K2 project, he was leading his own band called Korni Grupa. (No, Korni is not same as Corny, but the pronunciation is.) Although, the band released only 2 albums, they were very active with singles, prior to that. "Not An Ordinary Life" was their sophomore album released in English, by a record company from Italy. It's pretty scarce nowadays. The same company, released the album on a CD, as well. Korni Grupa/Kornelyans played Progressive Rock/Jazz Fusion. They represented Yugoslavia on Eurovision Song contest in 1974 with the song "Generation 1942" (Track 1. here in longer English version) and were beaten by ABBA, who won the night with "Waterloo". I'm sure the Kornelyans felt the same pain Napoleon did. Korni Grupa might be the only Prog Rock band to ever compete at the Eurovision finals. 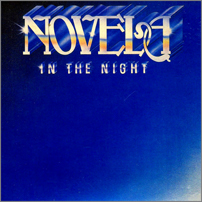 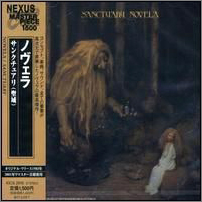 While the vocalist, Hisakatsu Igarashi's solo career is mystery, his involvement in one of the most prominent Japanese Prog Rock bands is a well known fact. Before he released the "Puzzle", he was the member of Novela. Novela was also home to the keyboard extraordinaire, Toshio Egawa, whose involvement in Japanese music scene is almost as impressive as the career of Kornell Kovach, but perhaps with more Hard Rock and Progressive edge to it. 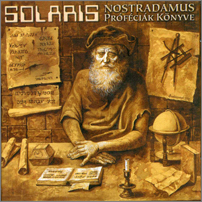 Before Napoleon Boulevard swept Hungary off their feet, they were known as Solaris. An Instrumental Symphonic Prog-Rock band, formed by bunch of students in 1980. Hungary wasn't ready for their complex music yet, so the band faced a hard decision; either to split or give in to the trends. They compromised by hiring a female vocalist, with an unusual voice (Vincze Lila) and changed their music to one of a kind Pop. As they say, the rest is history. After 1990, when Napoleon Boulevard disbanded, Solaris saw the green light, to perform what they always wanted... Progressive Rock. The elaborate follow up to their early recordings came in 1999, a conceptual album centered around Nostradamus, with songs performed in Latin language, to capture the atmosphere of the time. Today both bands co-exist, but not all members appear in both formations.

And now, the answer to the last weeks question: What connects those three artists? I'm sure you already figured it out, but for the sake of clarity: They were all playing Progressive Rock, before they dabbled in Pop. So, in the way, what you heard last week was Pop music, fashioned by a Progressive mind.

So, what do these three bands have in common? That's right, the letter "o" which is the second letter in each bands' name.

Some other artist did a whole album about Nostradamus. I have it, haven't listened to it in a long time, believe it's a double disc. Again, I could look, but why? Could be Nikolai Kotsev, but now I'm just guessing.

This started off good with Kornelyans with great geetaring and then I must admit that I got bored. But I did like the first band so there's that?

Yes, good catch. "O" as in wonderment is the common link between these three artists.

And yes, Nikolo Kotzev has a double album called Nostradamus, which I might or might not post in the future, but the one you are referring to, I wouldn't touch it with a ten foot pole.

It is Kotzev but I also have the other one you might be referring too.

Looks like we are on the same page. (Page 1)