57 Bratwursts Late To The Oktoberfest

The select artists of this weeks post have a common prefix: Progressive, but you'd be hard-pressed to file them under the same genre. Welcome to Germany, where they slap "Progressive" before just about anything. Let's explore this phenomena by density of their music. My first exposure to Supermax was a poster of their "Types Of Skin" album in a teen magazine (Bravo). It looked like they were Hard Rock/Heavy Metal band, but not until the age of internet have I learned that they were a Disco/Reggae band instead, with long Progressive passages. (Which are mostly missing on this Best Of release.) The shortened versions do carry a desirable punch, though. Supermax, led by the Austrian born Kurt Hauenstein, was the first "multiracial" band to tour South Africa. Despite constant death threats, they continue to play shows which earned Kurt a "no-entry" status to several countries. 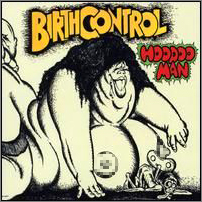 -The World Is Pervated With
Irony, Hunger And Corruption
The Eastern World And The Africans Too
Are Going To Repeat The History Of Our Wars
And Our Industry Supplies Them With Arms
Everybody Knows, But Apparently
Nobody Can Do Anything Against It-

sound true even today. Their music is recognizable by the ever present Hammond organ and longer tracks full of percussive elements, harmony changes, rhythmic patters and breaks. 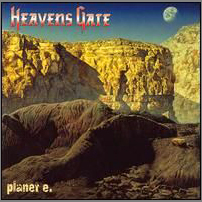 Heaven's Gate started out as a traditional Heavy Metal band, before they switched to Power Metal. On Planet E, the music became even more complex, thanks to the time well spent in their own studio, where this masterpiece was crafted. The band released one more album prior to disbanding. The guitarist, Sascha Paeth, remains a recognizable name in the world of Power Metal, as producer and engineer to upcoming and notable bands alike. This CD includes the fantastic cover of Dalbello's "Animal" and if you have the Japanese version, you can also enjoy a Judas Priest cover.

The Supermax sounds like an 80's album..but disco? I don't know, but I guess it is KINDA danceable.

As for Heaven's Gate, well it's one of those power metal bands where you've heard one, you've almost heard them all. "Noah's Dream" was interesting since it had all those changes throughout the song. The rest of the songs were a bit "meh" to me.

Most of these songs by Supermax were recorded in the late '70, so if you think this sounds like the '80s, then they were ahead of the game. Maybe the original lengths of these songs would give you a different impression?

Heaven's Gate does not sound like run of the mill Power Metal to me, at all. I can completely immerse listening to their exciting arrangements and tasteful guitar solos... With traces of the mighty QUEEN sound.