The question of the week is: Why do musicians release solo albums? The long answer is, because some might experience an outburst of creative energy, others might got a sudden urge to cash on songs long collecting dust on the bottom of their vaults, while few have a desire to tickle their ego-bone or perhaps they've been politely asked to leave the band (at least the official statement will let you believe that), but the short answer is... Because they can!

This is usually the case when a guitarist or a singer goes solo, a trend closely followed by keyboard players, but when the member of a rhythm section does it, it's... Because the others did it, first! Or, because they've been asked politely to leave the band. Here are few drummers, with a beef to pound and a voice of an angel.

click on the cover to kick off the rudiments 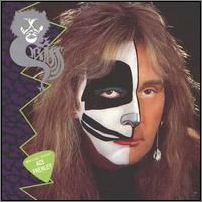 When Kiss released their solo albums my first taste was the Best Of vinyl, with 3 songs from each member. While I did admire Peter Criss going all "big band show tune" on us, it was still my least favorite solo from the four. With Cat #1, he redeemed himself. Ace played solos on 3 tracks and I'm not sure what the official story is behind the song "Good Times", but it suspiciously sounds like "Beth" Part 2. Listen to the words and let me know if you get the same notion. And then there is another song that stirs up all sorts of emotions in me. This song reminds me of the last day I saw my Mother alive. I was taking her to the Regina airport, just before midnight. The terrain of Saskatchewan is as flat as it comes and the huge full moon was hovering right in front of us above the highway throughout the whole ride... Like a bad omen. It looked as if the Moon is going to fall and crush the Earth. They say great songs have this rare ability to "touch your feelings". If that's true, then "Blue Moon Over Brooklyn" is one of the best songs ever written, for I have hard time keeping my eyes dry, listening to the lyrics. 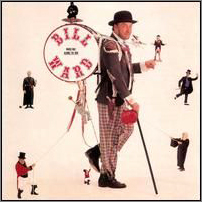 After getting tired of constantly being set on fire and having his pores clogged by golden paint sprayed over his entire body, courtesy of his Black Sabbath band mates, in a never ending prank, (sounds more like satanic ritual to me) Bill Ward finally left the group. The recuperation process took years to invigorate his body and desire to work again. But when he did return to music, he only invited Ozzy Osbourn (heard on two tracks here) Zakk Wylde, Marco Mendoza, Bob Daisley, Jack Bruce, Eric Singer, Keith Lynch and Lanny Cordola among others to participate in creating his first solo effort, but definitely not Iommi. Ozzy still sounds like Ozzy, but the rest is quite Progressive, if I may say so. One of the founding members of the Jazz Rock band Weather Report, also had a brilliant solo career. Mind Transplant is full of great music and musicians. Perhaps the biggest name to be noted is Tommy Bolin of Deep Purple fame, before he joined the legendary Hard Rock band. Lee Ritenour, was his second guitarist and Jay Graydon, was the third. The album today is considered as one of the best fusion recordings of all time. The CD version I have closes with an almost 20 minutes of jamming, (not included here) between Bolin and Mouzon.

Next: Ways the other half does it.

I had the Mouzon album and also Billy Cobham's "Spectrum" (that also featured Bolin) while a young lad because I was learning the drums and these (among others) were highly recommended for me to listen to. Top stuff, this. I think I'm one of the very few here who dig fusion like Mahavishnu Orchestra, Return To Forever, Al DiMeola, etc. Sad, because this is awesome.

The Bill Ward album is delightfully weird. I kind of remember listening to this back then, a friend had this but it just seemed TOO weird. Now it's delightful.

As for Criss, well I really can't say anything nice about this so I'm going to end it here.