6 Seasons Late To The ANTARES Party

The next CD is coming from the Instrumental pile. Let's get one thing out of the way; Joe Rodriguez is Antares. (so does it say in the booklet) He does play a lot of the instruments on the CD, but not all of them. There is one guest musician whose presence makes this project interesting for the Dixie Dregs, Flying Colors and Steve Morse fans.

Joe's guitar tone is clear, perfectly mixed in with all the other instruments, with emphasis being on a song structure and mood rather than his technical skills. Few progressive elements are present in some of his compositions, but the overall feel of the album is squarely in the Rock music.

My personal favorite is 'Diamonds In The Dirt', where he masterfully uses the acoustic guitar drive over the orchestral tapestry to amp up his instrument midway though for a dramatic end. The noteworthy guest is none other than Dave LaRue and his bass is going head to head with Joe's guitar and Chris Charles' sax to build a three way interplay finale, for the 'Long Days Of Summer'.

It's not unusual for a solo CD to catch the attention of a band looking for a replacement guitarist, (in fact, many use this venue as their resumes) but Joe's recruitment is one of the strangest I know. Right after the release of this CD, he got the A FLOCK OF SEAGULLS gig (yes, the 'I Ran (So Far Away)' fame). Since 1998 he is their lead guitarist. Unfortunately, the only song they recorded since then (to my knowledge) is a forgettable Madonna cover. It would be interesting to see how much influence (if any) Joe has on their sound in a new material.

Click on the cover to hear few, long samples. 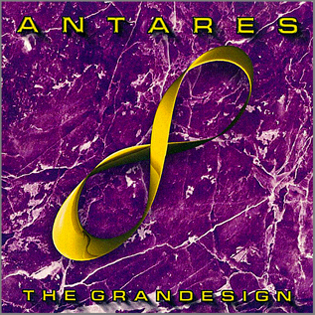 4. ...With The Grace Of A Sledgehammer

5. Diamonds In The Dirt

Finally getting around to listen to, (for the first time) some music I've been putting aside (for years). Including, things from the past I recently discovered, projects I previously had, but replaced with a newly remastered version, or those simple cases, were my last years order didn't arrive on time.

Disclaimer: No infringement intended. These songs are long samples. They were cut 30-45sec. short from the end (something I would do in a music store before making a well informed purchase) If you like what you hear, buy the CD to support the artist. The views and opinions expressed in these articles come from the authors heart and personal taste which may not necessarily reflect the common sense or the popular sentiment of those who farm music through the path of least resistance i.e. from ears, straight to the brain.

Albums of instrumental have be special or they get monotonous...  Scale The Summit was the last instrumental album I bought and its fantasic!!!  Check them out if you'd like, they really are unbeleievable.  I also dig Vai's work though its not solely instrumental...  but heres my favorite guitar instrumental of all time...

People Who Don't Know Me: What music you listen to?

Me: Little bit of everything, but mostly Instrumentals. Guitar driven Hard and Heavy.

People Who Don't Know Me: You should check out this amazing dude, Joe Satriani.

I'm glad you're not one of them, Scott. You recommended something I haven't heard. Kudos for that. Quick listen to what's available on YT for Scale The Summit and they sound to me a bit like Fusion, with Progressive elements. Not my go to style, but there are things I like and own that fall into that category. I see they are on bandcamp. A place I visit often. Will definitely give them a try. Any thoughts on the Antares?

Completely agree with you that instrumental music can be boring if it's casually done, but it's a music for every occasion. With good musicians, I can sit down and focus on the technical aspects of their playing, as well as using the music as a background for any activity. For example, I can't write while listening to singing, but it even stimulates my imagination if the music is instrumental. After all, I judge songs by their solos. Having a song without those pesky lyrics is a bonus. Just kidding, well sort of, I do like songs with lyrics as well, just not in a superior way to the instrumental music. More like equals.

I know it's hard to convince people who are biased to buy Instrumental music, but I promise to spotlight only those CD's that everyone should at very least listen to.

I dig instrumental albums as some of the haters here can attest to. I must say that it's a good thing that something happened recently or someone here would be complaining about a certain something, and that's all I'm going to say about that.

This reminds me a bit of Satriani and a little bit of DiMeola, and I like it. As for The Flock Of Seagulls gig, that would be interesting, but they actually did had a lot of use out of the geetar and there's some interesting stuff going on with that, but people were more concerned with their hair. Silly rabbits.

Ahh, the curse and blessings of getting old. (Good title for a Bob Dylan album)

You loose your hair and all it's left is your music. For better or worse.

Thanks for the encouragement, Jon. Glad to hear someone else shares my passion for Instrumental music. There is more where that come from. But to keep it interesting and selective, I'll do it baby steps style.