76 Declarations Of Independence Late To The Traditional Party

Lately, the NWOTHM acronym is gaining a serious traction around the world, of a magnitude I haven't seen since... Well, the NWOBHM swept through the globe. ("T" in this case stands for: Traditional). New bands are trying to bring back the glory days of Heavy Metal as we remember it from the 80s. The ones I put my money on, are the: STRIKER.

But this is not about the infusion of new talents. It's rather about those True Heavy Metal Warriors who bravely fought their battles, yet fell through the cracks, not to their own fault. NWOBHM had more than 1000 bands in its roster. A staggering number if you consider it to be a thing of beauty just starting out, completely deprived of trend followers, as it usually tends to morph into, as time progresses.

Heavy Metal stood strong until American bands started sporting appearances prettier, than Playmates of the Month. That and until the posers who kept their eyes on music, but hairs in shampoo commercials, came along. That and when Heavy Metal recruiting forms ended with questions like: "Can you Harmonize?" were we certain that the much dreaded winter has arrived, and we lost the Throne in a Game where HM flag-bearers were just another casualties of war.

Oh come on, enough of the dramatic bullshit! Who writes this crap? I like Melodic Metal, it's definitely not coming out of my typewriter. Let's just say for the sake of simplicity; You got your Disco... Now, you have your Heavy Metal. Enjoy the hot and cold shower. Done. Oh, and one more thing. No NWOBHM here, just impostors from around the world. There you have it.

Side A.
SOUND BARRIER (USA) - Speed Of Light (Fénysebesség) 1986 - LP
At the beginning, Sound Barrier was an all African-American band. On "Speed Of Light" (their last album) they replaced the bass player, with one born in Romania. Does that make them a Romanian-African-American band? Intriguing! In a "white men" dominated genre, they were novelties, which gained them publicity, but not popularity. The music is fast and Heavy, while the guitarist is anything but a niggard. His looooong solo's are something to be equally admired and enjoyed by every onanistic guitar mofo, out there. In case you are wondering whether this album has any kind of Silver Disc version, I'm happy to report, there is a... Brazilian. If that's your thing?

AXEWITCH (SWE) - Visions Of The Past (A Múlt Látványai) 1984 - LP
This is the second album by the Swedes. They made one more before disbanding. In 2007 they reformed to work on a new album, apparently. It's been almost a decade since the last announcement was made public, so they must be gunning for a Masterpiece? CD? Yes. Me? I'm stuck in the Past.

Side B.
LE MANS (USA) - On The Streets (Az Utcákon) 1983 - LP
One of the earliest Shrapnel Records. Therefore, you know what you gonna get. An all you can eat twin guitar buffet. That plus, Peter Marrino (Cacophony/9.0) singing his heart out.There is a very cheap, suspicious looking CD release of this album available, that I personally wouldn't touch with a 10 foot pole. Not after I bought their second album on CD, which turned out to be a Bootleg.

NITRO (USA) - Lethal + II (Halálos + 2) 1984 - LP
Talking about milking the cow. What!? Isn't that what we've been talking about? Anyway, Nitro (not to be confused, with Michael Batio's Nitro) had this 5 track, 10" vinyl released in 1982. Then, 2 years later, as the title suggests, they added 2 of everything to it. 2" to the 10" and 2 tracks to the 5 already released. And... That's all they wrote in the past century. If you like tapes (who doesn't?) then know this: the newest reissue comes in 2019, as a 100 pcs. LTD. cassette release, with 8 bonus tracks. I'm little bit conflicted to whether Lethal + 2 is a Live recording or not. (One of the perks of being a Traditional Heavy Metal band, is to deprive yourself of studio sophistry, in order to faithfully recreate the sound in a concert setting). Anyway, if this is a Live recording, then would someone please tell those fans, that clapping along in the rhythm of the music is not a Heavy Metal way to support your favorite band.

Side C.
ATTILA (USA) - Rolling Thunder (Pörgő Villám) 1986 - LP
Hailing from New York, NY. Attila only stuck around for a sole release. Recently, this album had a Ltd. 500 pcs, remastered CD re-issue, but I missed the first 50 order window, to score me a cool dog tag and a fridge magnet, that came along with it. Sent an email to the record company to inquire about their inventory of the initial press, and got a word back from them saying: they only have handful of regular copies, kicking around. Well, they can shove it up... Where the thermonuclear waste don't shine!

POKOLGEP (HU) - Pokoli Színjáték (Infernal Comedy) 1987 - LP/CD
Of all the bands presented here, Pokolgep is the only one who made damage in a long run, despite all the impediments thrown in their path. In Hungary, Pop (and some milder forms of Rock) were pretty standard, while every other music style, had to fight an uphill battle for recognition. Pokolgep, being one of the pioneers of Heavy Metal in HU, were neglected and blocked at every step of the way. None of the band members were coming from a wealthy or political backgrounds. This alone was a hurdle enough to cause a headache, but playing Heavy Metal (Devil's) music did not help the matter either. However, participating at half illegal concerts, they gained enough publicity to eventually snatch a win at a state organized competition. The victory came with a chance to record a 7" single, in a studio. As luck would have it, in 1986, the government allowed Hungaroton (a prominent Rec. Label) to release the first Hungarian Heavy Metal album ever. This was Pokolgep's chance to shine, but not without one last attempt to sidetrack their success. Nagy Feró, a controversial Punk figure, banned from recording anything in Hungary for a while, was assigned to the band to produce their first album. That being said, he did take the job seriously, learned few tricks and studied Pokolgep to utilize their strength. Today, Pokolgep are considered Heavy Metal Legends in Hungary, still actively putting out new albums, although with lengthy gaps in between each releases. I used to have their LPs. The CD upgrades were long overdue. BTW, in 2019, for the first time ever, their old albums were released on CDs in Poland, for the International market.

Side D.
GRUDGE (USA) - Barbarians Of The New Earth (Az Új Föld Barbárai) 1986 - LP
Hailing from New York, NY. (Again? WTF!? How many Heavy Metal bands this village has? Is this the same hamlet Mike Pell calls home? How come nothing rubbed off on him?) There is a layer of mystery, surrounding the members of Grudge. All their names are fake. E.g. the guitarist is listed as, Cliff Finey, but we all know his real name is, Jamie LaRitz. Well, I do. In fact, I found Grudge searching for other, than the two Instrumental albums he released. Strangely, the same line-up put out another project, under a different moniker: AFTERMATH!? If I have to guess, I would say, this is how they tried to fool the masses into believing Heavy Metal was bigger than it appeared to be, but I digress... CD? As far as I know: No.

GORDI (YU) - Kraljica Smrti (Queen Of Death) 1982 - LP
YU remember these guys? No? YU know... The Island party? Where Scott trashed Gordi for not having production values equal to/or bigger than the bands coming from America? Or perhaps, just because they were geographically challenged, contrary to his preferences. I could never tell. Well, I thought Gordi deserves another chance to be judged fairly in the company, where similar handicaps were goin' around. Zlatko's transformation from a Classic Rock journeyman to a Heavy Metal shredder was shocking, to say the least. (Imagine Eric Clapton joining Motorhead). "Queen Of Death" was Gordi's second and last Heavy Metal album. What they left behind, inspired many budding Heavy Metal bands from around Eastern Europe and wider. Something, Scott can't say about himself. Even though Scott didn't appreciate Gordi, respected journalists, like Tony Jasper and Derek Oliver, were full of praises, but those applauds came in too late. At this point, Zlatko gave up on convincing people like Scott, that he indeed, got some talent. Instead, he immersed himself in various session assignments and solo artistry, sailing calmer waters. "Queen Of Death" is available on CD and I do have it. No, there are no but's.

Last week I gave your legs and your whole body a nice workout. Trying to keep up with all those Disco tunes was no picnic, I'll give you that. Now, you can relax and... 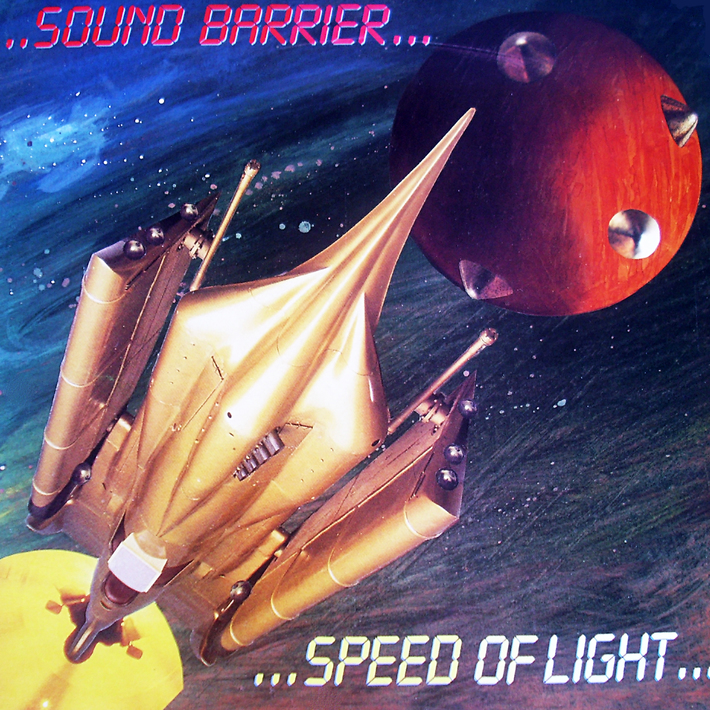 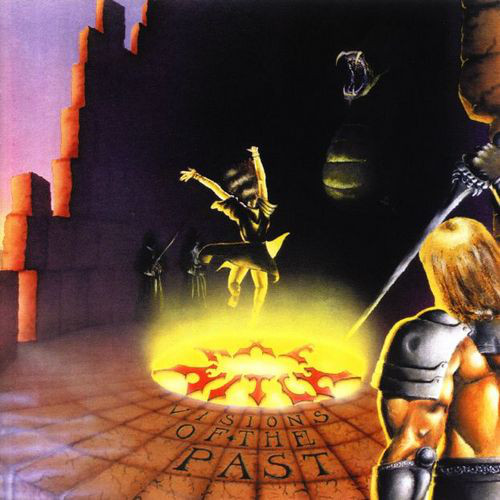 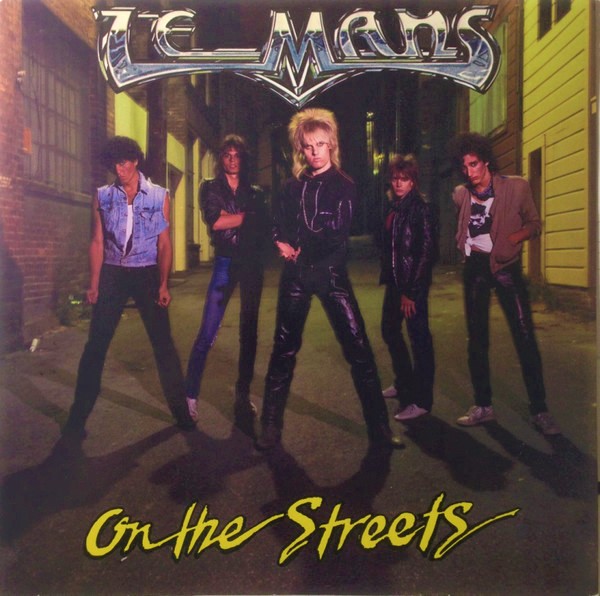 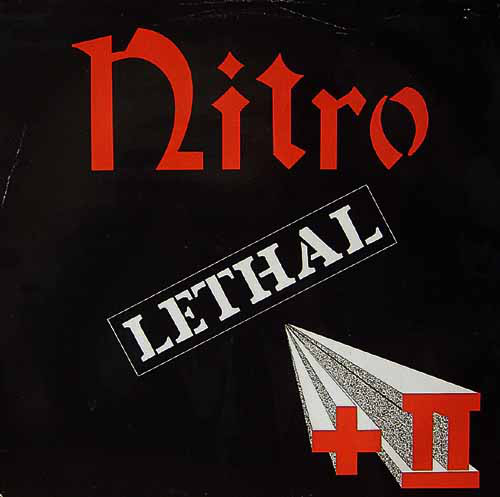 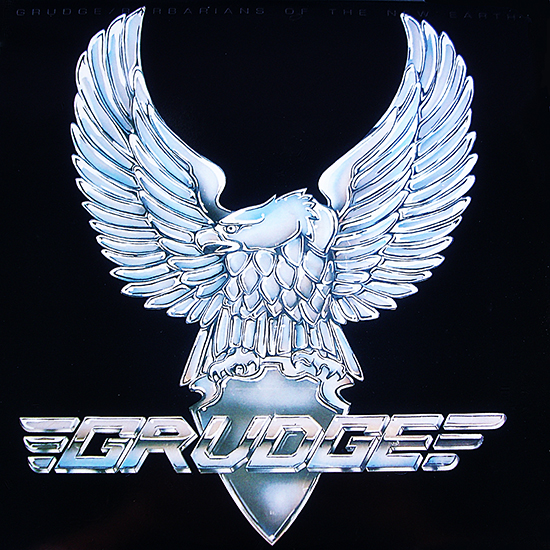 Sound Barrier was just not good at all. Just noodling for noodling's sake, it seemed. Axewitch was better, just because their name is cool.

I remember Le Mans from something, it's ok. As is Nitro.

There is ONLY ONE Attila, and that's the one with Billy Joel. Shame a band has to steal the band's name from a BJ group. Just makes me shake my head in shame. At least Pokolgep is.....wait. That's ANOTHER BJ band! What is going on here?

Wouldn't blame BJ for having such a grudge against some of the bands here. Gordi was fun!

Ah yeah, the Billy Joel's ATTILA. What a fun image he was sporting there. I was so many times so close to buying that CD and I'm still firmly stating, that if you're to have only one Billy Joel album in your collection... ATTILA would be the one to go for.

I'm not sure I understand the Pokolgep and the BJ connection, though.
Unless, BJ here stands for something other than Billy Joel, in which case... I still don't get it.