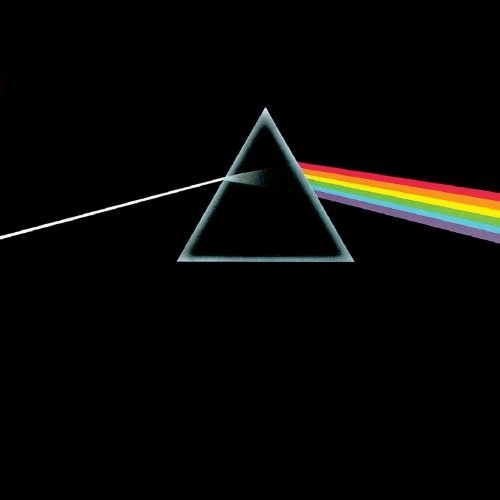 Album: The Dark Side Of The Moon

Song Of The Week: Brain Damage

I've been posting some 30th Anniversary albums this year, so why not a 40th Anniversary album.  It's Pink Floyd's classic The Dark Side Of The Moon, from 1973.  You have to have absolutely no interest in classic rock music or you have to have been on Mars for the last 40 years to have not heard of this album.  Let's face it, I could bog you down with endless facts and tidbits about this album, but I'm not gonna. I'm gonna mention one fact and one fact only:

The Dark Side Of The Moon spent 741 weeks in the charts from 1973 to 1988 and has sold approximately 50 million copies worldwide (Wikipedia).  Okay, that's two facts.

There is a really good chance that if you are reading this, then you have heard this album.  But maybe it's been awhile, so just click on the album cover above and revisit it.  By the way, Pink Floyd's website has been posting alternative album covers for the last few weeks to celebrate the album, so I have included a little collage of the covers that I like best below and, if you listen to the music player that I have included, I have used various alternative covers within the player. 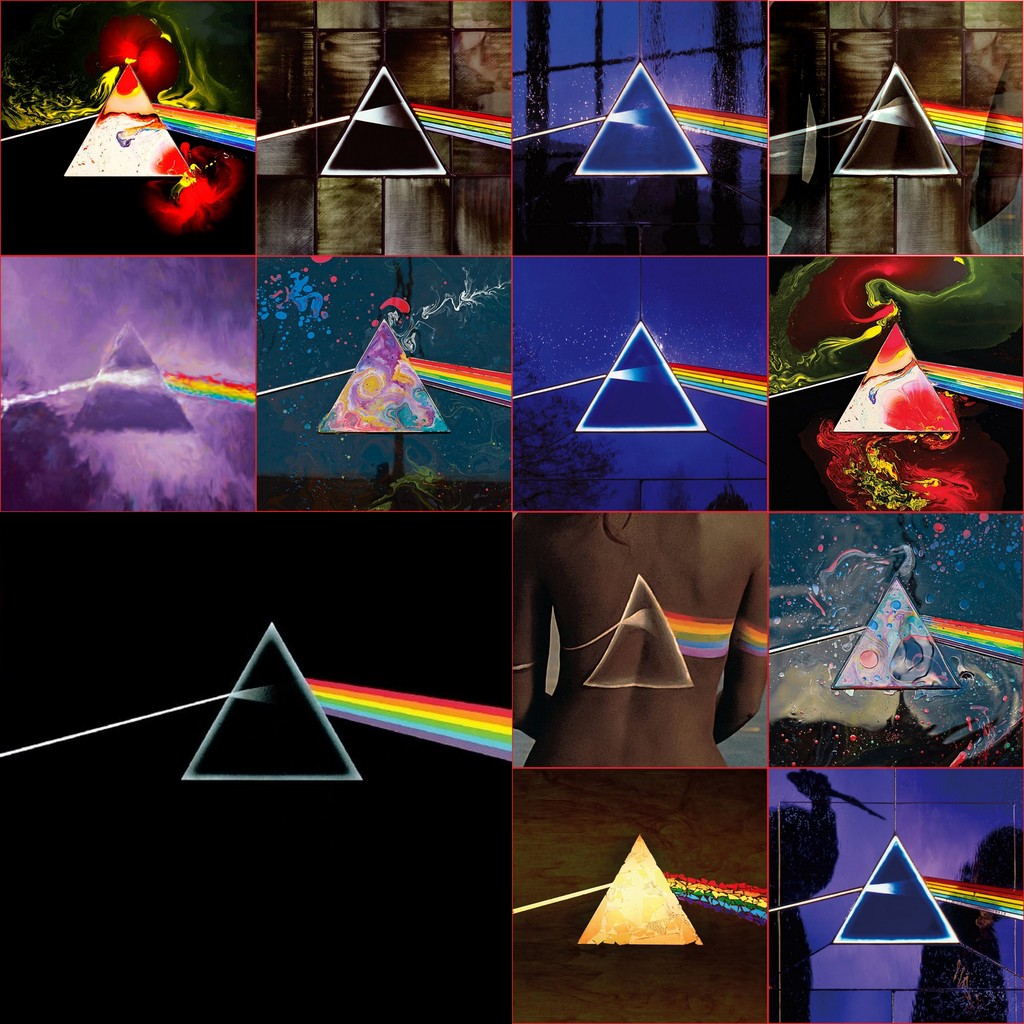 5. The Great Gig In The Sky

Truly one of the great albums. I'm not really a Floyd-fan, but this one, and "Wish You Were Here" are two of the best albums of all time.

I like this one, but I prefer Wish You Were Here.  But I love the artwork and all of the variations that were posted from the band's website.

Never heard of this. Was it a big seller?

Love this one!  But I like a lot of Pink Floyds work.  Grew up with it playing all the time in my bro's room...  Along with this one, Meddle, Ummagumma, Animals, Wish You Were Here all received heavy rotation.  And then The Wall came along for my generation and that's my personal favorite.

This was my second Floyd album I bought, after "The Wall". I listened to "The Wall" for about a year straight, every day without fail. Then I bought this album and played it a bit and one day my mother came up to me and said that she liked this album better than the other one I was listening to.

Was she going thru my album collection when I wasn't home? How did she know that both albums were from Pink Floyd? I never asked but that question still bugs me to this day.

Another I remember are the goodies in the album. You not only got the vinyl, you also got a couple posters and sticker! That was awesome! I actually do have a wrapped vinyl copy in a frame. Now I want to open it up just to look at the goodies (but won't).

I have 4 versions of this on CD, yet it's not my favorite Floyd album. I kinda got tired of it, but still listen to it occasionally. Like Scott, "The Wall" is my PF opus, followed by "Wish You Were Here" and then, suprisingly, "The Final Cut".

Has anyone done the "Dark Side"/"Wizard Of Oz" thingy? I have and it's pretty interesting.

Ok, I typed  enough, especially for an album posted by Rjhog.

Excellent album. Especially back in the day!