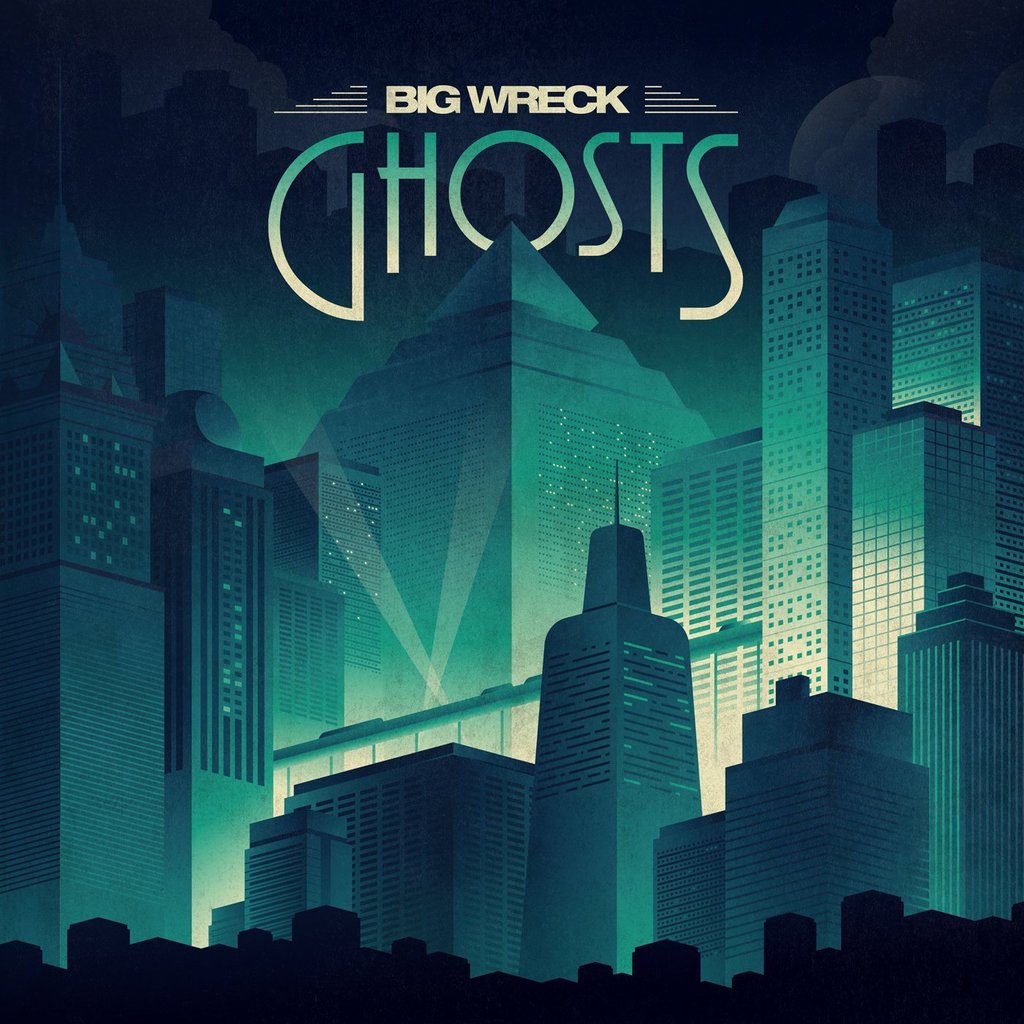 I hate to say this, but this will be the final CRB AOTW posting………………for 2014.  That’s right, I’m taking the last week of the year off.  In a brilliant move, I have decided to post my absolute most favorite album of 2014 as the Album Of The Week.  What is that album you may ask?  It’s “Ghosts” by Big Wreck.

For those of you unfamiliar with Big Wreck, the band has been around since the late nineties.  It is led by Canadian Ian Thornley.  The band released a couple of albums and disbanded, but reunited and released Albatross in 2012.  “Ghosts” is the follow up to that album and was released in July of this year (June in Canada).  I will simply state that this album is an amalgamation of styles and influences from Led Zeppelin (riffs and acoustics) to Soundgarden/Alice In Chains (more riffs and vocals) with a splash of Sting/The Police/Foo Fighters (Come What May is a great example of this mashup).  But none of it sounds like the band is aiming for that particular compliment.  They are simply writing outstanding songs with catchy, intelligent lyrics, mostly based on relationships of some sort.

This is a long album at over an hour.  And I typically do not care for albums that are this long.  But from the beginning, almost scary intro of A Place To Call Home, through the Edge Of Seventeen-like riff of the title track, the Zeppelin flavored Hey Mama, all the way to the epic pre-closer War Baby, this album oozes gooey goodness in the form of brilliant vocals that are padded by sensational melodies and hooks.  And I haven’t even mentioned the guitar playing yet.  The tracks I Digress, Ghosts and War Baby all display the brilliance of the guitar work.

But that’s just my opinion.   You should form your own opinion.  You owe it to yourself to check this album out.  And by the way, not an ounce of collusion colors this week’s albums.  I’m serious.

So RJ, did this release "grab you" right away, or was it a creeper? Started liking it more as you listened more times?

For me, it was n't boring...but it just was n't exciting either. There is a lot of music, a lot of "layering and texture"...so it might be the kind of disc that gets better with more listens. For now, though, it just has n't grabbed me as something I would listen to very often. I'll be back to hear it some more, though.

Although I liked the title track immediately, it took a few listens to get me to the point where I just wanted to play it again.  You are right about the layering.  I think it's vocally better than anything else released this year and I think, after a few listens, that the songwriting is fantastic.  Lyrically and musically.  I love the Zeppelin influence.  I personally think it's a brilliant piece of work.

You, my friend, would definitely like Miracle Master better.  Maybe even Cage The Gods, but I just found out that they have already disbanded, which is a real bummer.

I have both of those on my list to purchase. Just waiting until after Christmas.

Damn, this is one great album!! I noticed that even before I was done listening the first time, last Thursday. Now I've listened 6-7 times, and the album just keep getting better.

"Ghost" isn't even the best track on the album imo. "Hey Mama" is my favorite at this moment.

If I had bought this album sooner, it might had ended at the top spot on my top 10-list. It sounds like THE album, I was waiting for this year.