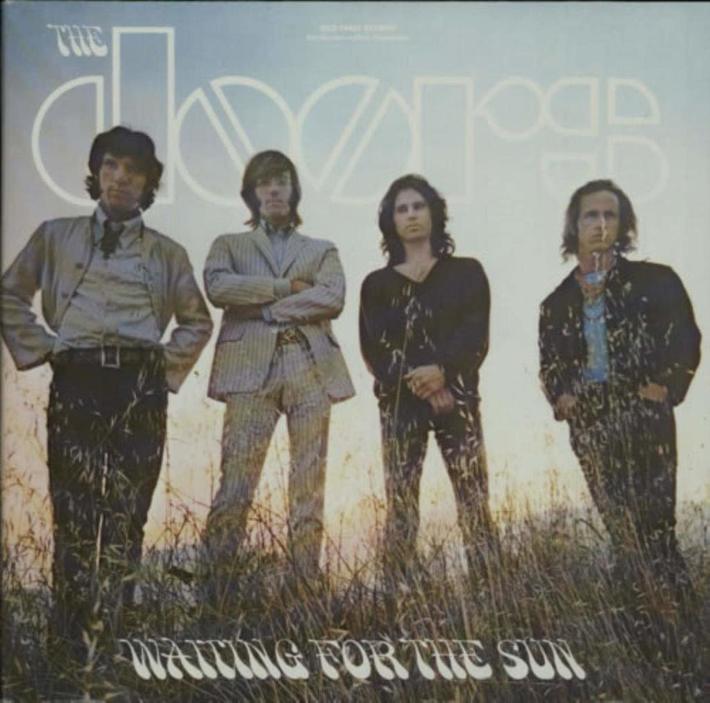 Album: Waiting For The Sun

Notes: Waiting For The Sun is the third studio album by The Doors.  Released in 1968, it became The Doors first and only number one album.  The lead single was The Unknown Soldier, which broke into the Top 40.  It was the second single, Hello, I Love You, that became The Doors second number 1 hit.  The song Waiting For The Sun was recorded at this time, but was left off the album.  It was later included on the album Morrison Hotel.  The solo for Five To One was ripped off by Ace Frehley for his solo on She, which appears on the third Kiss album Dressed To Kill.  This statement is strictly my opinion.

3. Not To Touch The Earth

9. We Could Be So Good Together

I don't think it's only your opinion about Ace ripping that solo. It's more like common knowledge.

This is my favorite Doors-album, and probably the only one I listen to from time to time. If else I wanna listen to The Doors, I put on my double Best of-album.

Love Street is one of my favorite Doors-songs, and has been since I bought the soundtrack to the Doors-movie in 1990.

I do think the riff on Hello I love you was knicked from The Kinks' All Day And all Of The Night.

So I listened to this in December of 2018, good thing for you it wasn't this year. But, I still had to change things around this past week, so......thanks? You know, after I had already set up my listening experience for this week. Yeah, thanks.

Did he? Didn't even notice. Guess I never listened to DTK. If I did, I obviously forgot about it.