Favorite Single: Down Incognito (It's the only one to my knowledge)

Most Likely To Skip: None

This week we have a repost from Classic Rock Revisited.  Winger's "Pull" was released in 1993 and to me, although I already liked the band, was a dramatic improvement in songwriting.  It showed tremendous maturity compared to their sophomore release (In The Heart Of The Young).  It was also heavier than their previous work (Junkyard Dog brings Metallica to mind for me).  Despite all of this, it pretty much tanked, reaching no higher than #83 on the charts.  This is a shame, because I think it's the best album the band has released, although I like all five albums and Karma and IV are pretty close to this in my opinion.

The only song I remember hearing on the radio is "Down Incognito".  It's a good song, but probably my least favorite on the album.  I love the heavieness of the guitars and Kip's vocals.  Definitely his best vocals.  I can't say enough that there isn't one bad song on the album.  All killer, no filler as far as I'm concerned.  There is a bonus track on the Japanese release (Hell To Pay).  I don't have that version, but it was released on their greatest hits compilation, so I'll include it here.  I think it's a very cool song, and it includes one of my all-time favorite lyrics "payback's a bitch/and the bitch is back".

It's still available and quite cheap.  You can get it used from Amazon Marketplace for $1.29 plus shipping (a little over 4 dollars total).  Despite the fact that I don't care for the artwork, it's a very worthy album for anyone's collection. 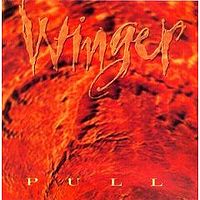 Permalink Reply by Jon on June 17, 2011 at 8:50am
Like this album, it's kinda like Winger with balls. Well away from the pop metal which is a good thing. Still think their last album is the best though.

I dont own any Winger, and am on the fence with this one.  I like them, they are definttely skilled and write some catchy tunes, but I just don't hear anything special or purchaseable.  Its just an OK band and an OK release.  It did make for nice background music while I finished up some reporting for work though...

I agree with RJHog on this one. Not a bad song at all, and a bunch of killer tunes!!

Permalink Reply by Scott on June 18, 2011 at 1:58pm
I could be wrong, woudnt be the first time and wont be the last ... Its just one of those bands everyone else likes except for me.  You have one of those?

Permalink Reply by Gordon Williams on June 20, 2011 at 1:22pm
Yeah probably! Not into the Stones too much, or Foreigner, or Fleetwood Mac, but I'm in the minority on those, for sure. But you're not wrong...what you think is what you think, and there is nothing wrong with that!

Permalink Reply by Dave M on June 20, 2011 at 1:01am
While I'm a fan of a lot of 80's band's, for whatever reason, Winger just never did it for me... think it was mostly that they was just a little bit poppy... at least on the album that was out prior to Pull. Seen them in concert a few times as they were opening for whoever I was seeing at the time. One of those bands that I wouldn't miss if they dropped off the earth. I will say though that the drummer Rod Morgenstein and Reb Beach are both pretty talented musicians.

Permalink Reply by Jon on June 20, 2011 at 7:00am
Check out their last album, "Karma". They've really went past the poppy metal sound the last three albums (starting with "Pull"). "Karma" is one hell of a smokin' album.

I'm with Dave M here, but not really because Winger was to poppy. I would say too "crappy". It was never "my kind" of rock they played. I was especially annoyed by the lead-singer. The first track sounds very much like a bad Def Leppard-song from Adrenalize, yeah well, MOST of the songs sounds like bad DL-tracks or bad Pretty Maids-tracks. It's definetly thumbs down from me.

Not one good song at all!!!