Okay, I'm ripping TageRyche off for a second time.  Now I owe him twice as much in royalties.  I've started to go back through a bunch of my somewhat new releases and see where they sit with me now.  I'll try to include just a couple of brief thoughts based around a current listen to these albums.   If I've previously done a review I will attempt to weigh my original thoughts against my current thoughts.  They may be the same or they may be different now, we'll see.

I remember really liking this one when I purchased it.  So when Sting In The Tail came out, I purchased it too.  But it was a total let down for me (I think I need to dig that one out and listen to it again as well).  As far as Humanity Hour 1 goes, my opinion has not changed one bit.  I totally dig it.  Really, every song.  Klaus sounds excellent.  I would not say it's overly melodic or a straight up melodic rock album, but there's just enough here to keep me happy.  Desmond Child was involved with production duties, so there is that.

It's a totally underrated hidden gem.  Standout tracks for me would be Hour 1, You're Lovin' Me To Death, 321 and Humanity.

I know that I really liked the album when I first got it, but I haven't listened to it in years. And I have yet to get the fourth album. 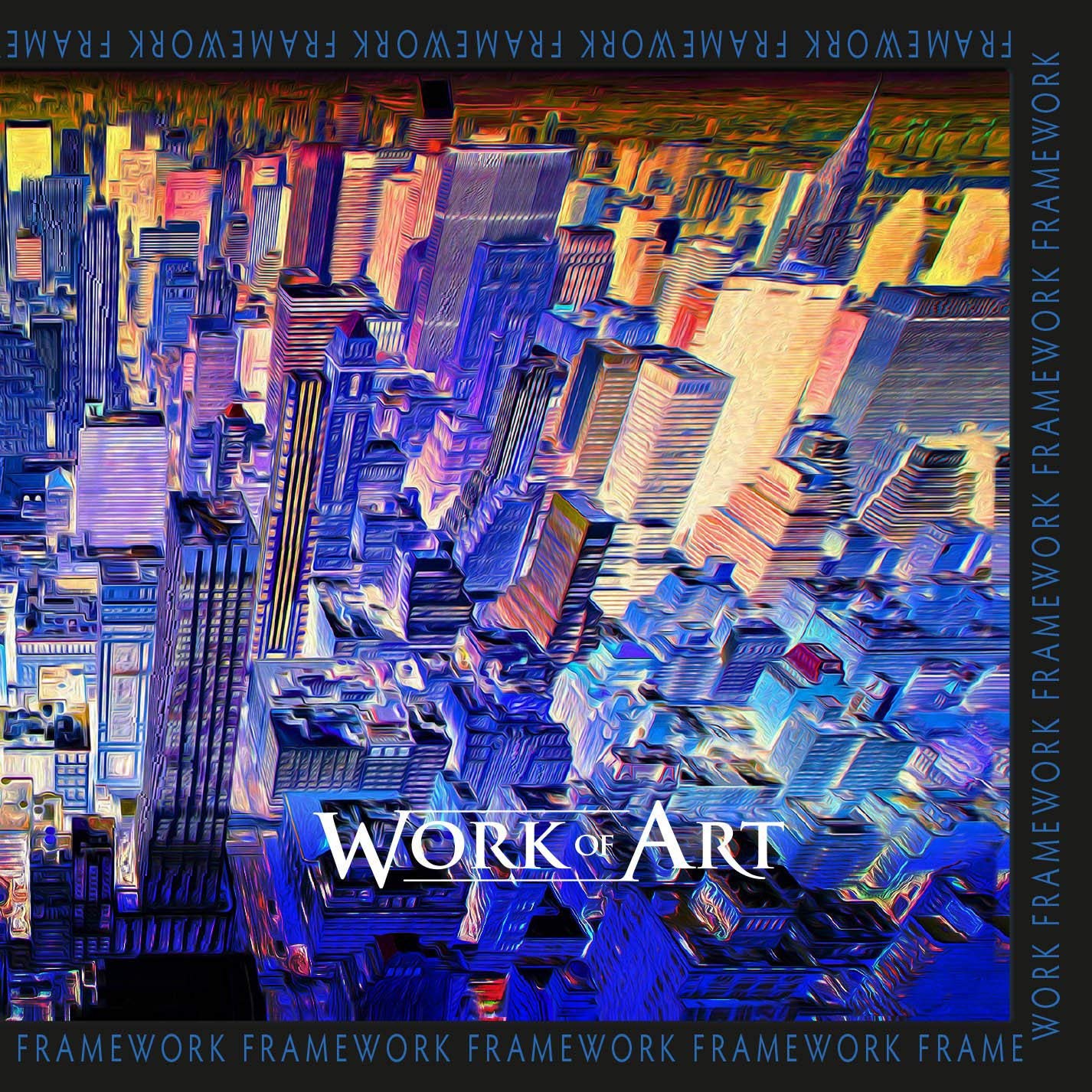 I imagine more than a few of you are unfamiliar with Work Of Art.  They are a Swedish melodic rock band who have released three full studio albums on Frontiers Records.  This is the only one I own.  I picked it up a few years back when I was on a bit of a melodic rock kick.  And that's exactly what it is.  Basic melodic rock.  I shouldn't say basic, it's pretty good.  The guitar playing is average or better.  The vocals are just fair, nothing bad but nothing to write home about.  It really kind of reminds me of a poor man's Toto.  Except in Toto you have multiple singers and better overall songs.  If you asked me to recommend a hidden gem in the melodic rock world, it probably wouldn't be this.  But again, it's not a difficult listen at all.

No real standout tracks for me.

I've heard of the band, but I've never listened to them. I do recall that the melodic rock world seems to lose their mind praising this band. 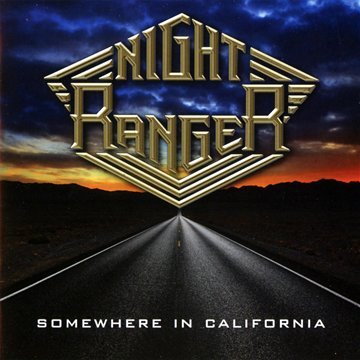 Night Ranger has found a bit of a new lease on life here in the new millennium.  The band has released four albums since 2K rolled around, with Somewhere In California being the second of those.  I haven't spun this in a while, but I do remember that I have thought the last three were all fairly decent albums from the band.  My memory, however, isn't the greatest.  I was thinking this was the one that I liked enough to rank somewhere in the band's top albums, but upon a fresh spin, I realize this was not that album.  The album I'm referring to is High Road from 2014.  Still, this is a very serviceable rock album, complete with good vocals and dynamic guitar playing.  One nitpick I have is that a couple of the songs are too busy vocally.  Doesn't mean I don't like the song.  A good example is Bye Bye Baby (Not Tonight).  It's one of my favorites, but there's a lot going on during the chorus.  It almost clogs it up too much.  I don't know if there is a bad Night Ranger album.  And while this isn't their greatest work, I still like it okay.

Standout tracks for me are Lay It On Me, Bye Bye Baby (Not Tonight) and End Of The Day.

I still have to get my hands on this album. 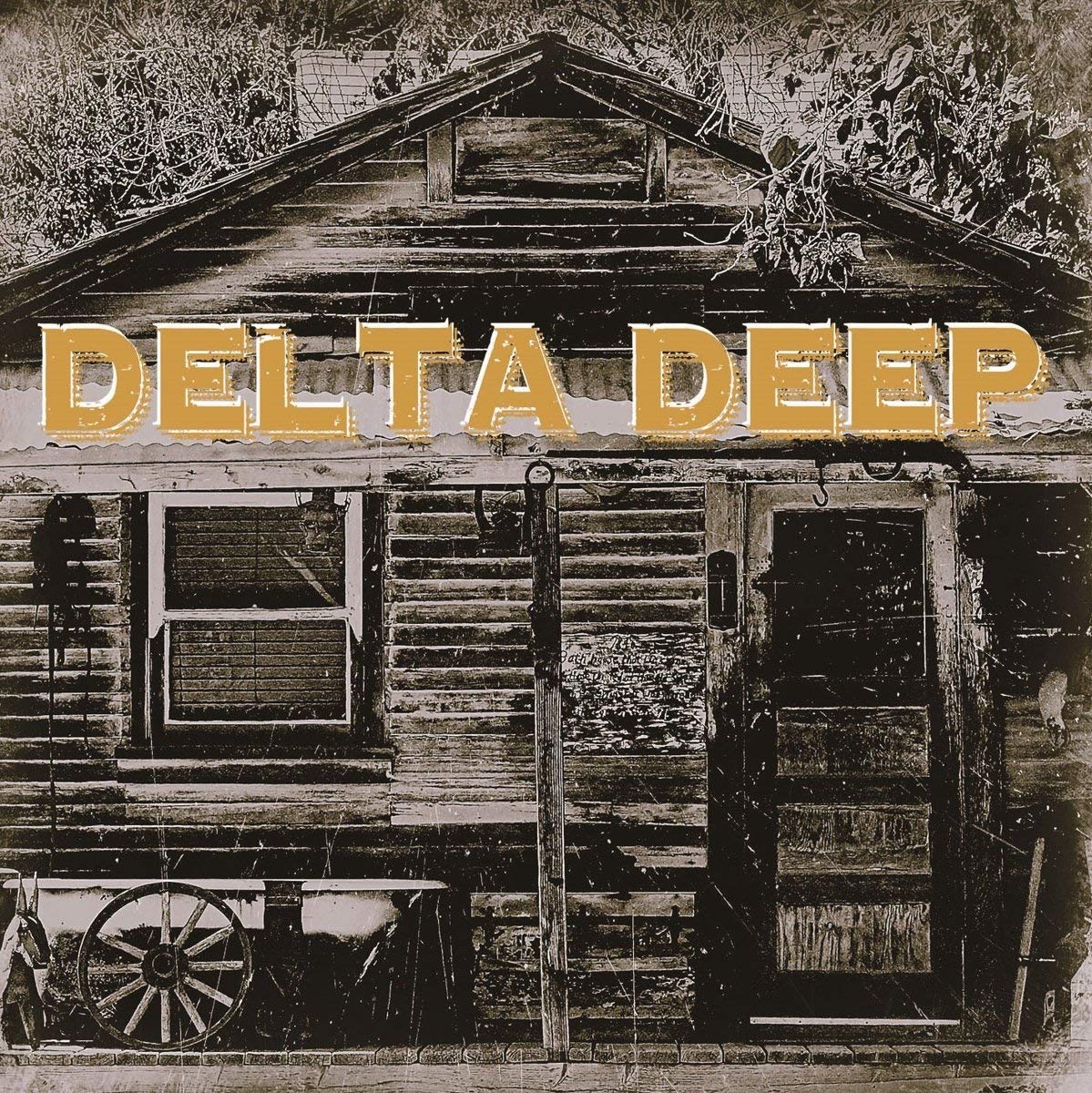 Delta Deep is a side project for Def Leppard guitarist Phil Collen.  He put this project together with Debbi Blackwell-Cook on vocals, Robert Deleo from Stone Temple Pilots on bass and Forrest Robinson on drums.  Collen himself also shares lead vocal duties with Blackwell-Cook.  It's mostly a blues rock album with some additional flare here and there.  Collen plays some pretty good slide guitar on the album and some of the guitar work on this seems pretty aggressive to me.  Unfortunately, Collen is a decent but not great vocalist.  Debbi, however, is a very good vocalist.  I do think this album is decent, but I don't think it's great.  It would probably be better overall had Blackwell-Cook handled all of the lead vocals.  There is what seems to me to be an almost obligatory cover of Ike & Tina Turner's Black Coffee.  I had never heard that song until recently, and it seems like I've now heard it by several different artists.

Best track for me is the opener, Bang The Lid.

This is what I thought of it when I reviewed it here on CRB:

The blues side project of Def Leppard guitarist Phil Collen gets things off to a rousing start on their debut album with some ripping guitar riffs and a rocking pace in the song “Bang The Lid”. When you factor in the serious vocal chops of singer Debbi Blackwell-Cook, listeners will find themselves glued to their listening devices for every bit of blues soaked rock ‘n’ roll that Delta Deep has to offer

Though Collen’s guitar work is fantastic and the rhythm section of bassist Robert Deleo and drummer Forrest Robinson provide a rock solid foundation while shining themselves, it is Blackwell-Cook who is of particular revelation here. She can sing full-throated high energy tracks like “Feelit” and “Burnt Sally”, but then turn around evoke a late night in a smoke filled nightclub with the slow and easy atmospheric number “Whisky”. There’s a nice rough edge to her performance on the crushing “Down In The Delta” and the cover of Ike and Tina Turner’s “Black Coffee”

More impressive than that is her work on songs where she shares the lead vocal role. She sings with a strong backing performance on “Treat Her Like Candy” with bandmate Forrest Robinson. And she more than holds her own while singing with David Coverdale on the Judy Clay/William Bell cover “Private Number”. There’s a cover of the Deep Purple classic “Mistreated” to close out the album that features Def Leppard vocalist Joe Elliot, but Blackwell-Cook makes the song her own, actually outshining Elliott.

Despite that, I think the two best performances from the band as a whole are the songs “Miss Me” and “Shuffle Sweet”. The former is just a balls out smoking cut while the latter burns with a barely contained energy that ended up making it my favorite song on the track listing.

All in all, this is a fantastic album and one that I hope leads to more music from the band. 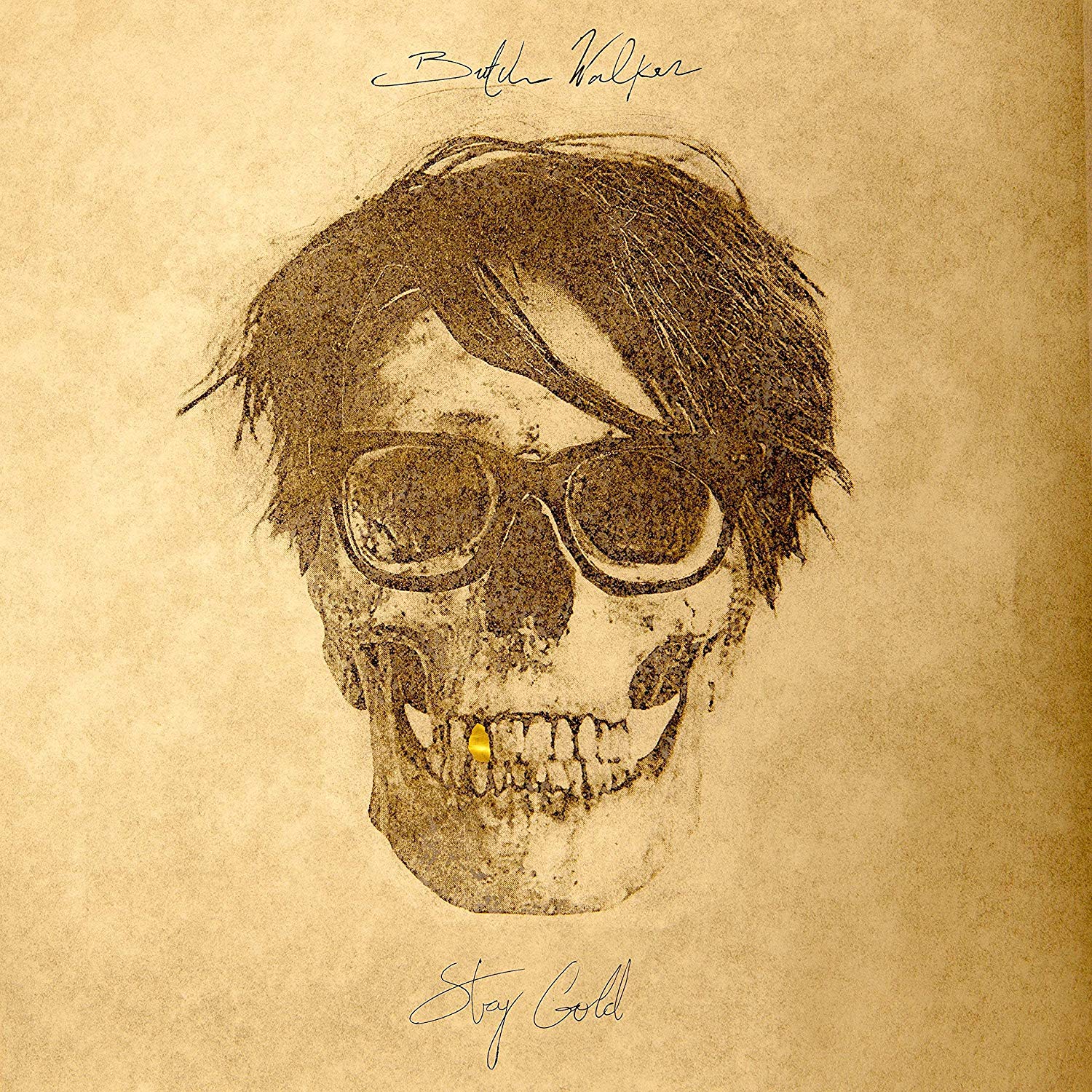 Butch Walker is an American singer, guitarist and songwriter who has been a member of several bands and has also performed as a solo artist.  He grew up in Cartersville, Georgia so he's a bit of a local boy for me.  I had heard of him, but had never heard any of his music until I heard the opening track on Stay Gold played on Little Steven's Underground Garage on SiriusXM radio.  That song pulled me in immediately so I quickly picked up the album.  And I'm so glad I did.  This is just really outstanding from beginning to end.  No bad tracks at all.  East Coast Girl is all kinda cool with it's spoken word verses.  There is also a really good ballad, a duet featuring country music artist Ashley Monroe.  If you like nice, strait up rock and roll music, I highly recommend this album.  I've been looking for his music since this happened into my life (I've found and older solo album as well as an album by his band Marvelous 3). 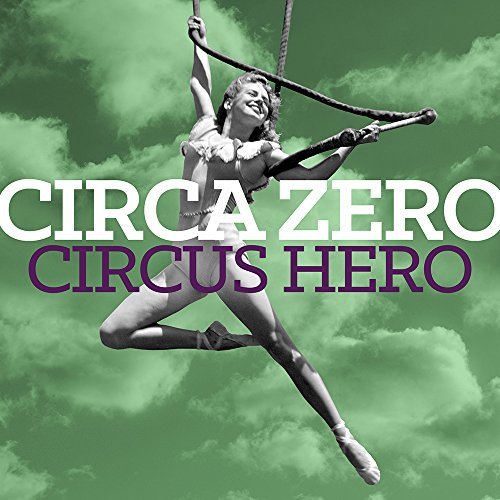 I'm not sure how well known this release was, probably not very.  But it was the creation of Andy Summers of The Police fame and Rob Giles of a band named The Rescues.  Of course, you know that Summers plays guitar, and Giles is a multi-instrumentalist.  This is a better than average rock album.  At times, many times, Giles sounds an awful lot like Bono.  This is not a bad thing in my book.  The best songs are the ones that have the Bono-like vocals, Night Time Travelers being a great example.  That song features some excellent lead guitar as well.  There is the occasional flashback to The Police guitar wise, like the first excellent track on the album, Say Goodnight.  Really, start to finish, this is a pretty good listening experience.  I think it's a worthy addition to anyone's music collection.

It's not often I'm completely stumped, but you did it with this one. I've never heard of this one at all.

I'm pretty sure it got past most folks... 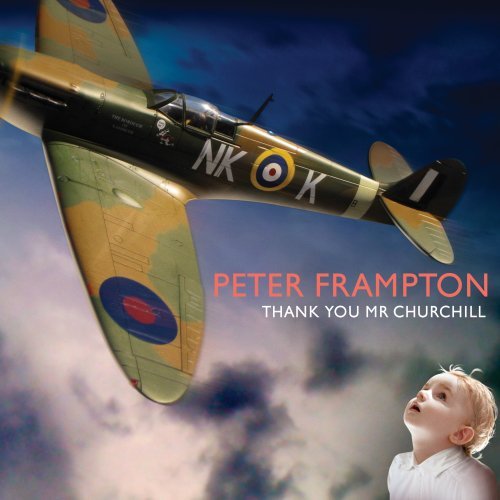 This Frampton album was his fourteenth studio album.  It's eight years old now.  I had not listened to it in a while, so it was nice to go back and spin it.  The first two tracks out of gate are good, but not earthshaking by any means.  But the third track features Frampton's son Julian on vocals (he also co-wrote the song with his father) and it's a blistering rock track. I'm Due A You moves into the pop realm, but I still like it.  But this thing really gets interesting on the sixth track Asleep At The Wheel.  It's heavy and it's classic Frampton.  And if I have yet to mention it, Mr. Frampton can still sling the axe.  If you don't believe me, all you have to do is listen to the last 2 minutes of this song.  Restraint is another killer song with some strong acoustic work driving the song.  The song Invisible Man is a throwback to the R&B days.  And the album closes out with the exquisite, lightly accompanied Black Ice.  The only song that really didn't do much for me was Vaudeville Nanna And The Banjolele.  I can listen to it, but I can do without it to.  Still, this is a very strong album for Peter Frampton at this stage of his long career.

Standout tracks are Road To The Sun (feat. Julian Frampton), I'm Due A You, Asleep At The Wheel, Restraint , Invisible Man and Black Ice.