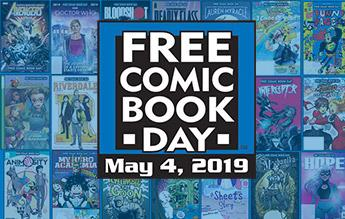 Normally when I write about the first Saturday in May, it is entirely focused on comic books or comic related material.

This year is a bit different though. Instead of just one day, there was a weekend to consider and it wasn't all about comics. Instead there was a sizeable part of the weekend that involved my love of music as well.

In fact, the weekend actually kicked off for me on Friday night when I went to see the band Vixen at a club 20 minutes away from me. 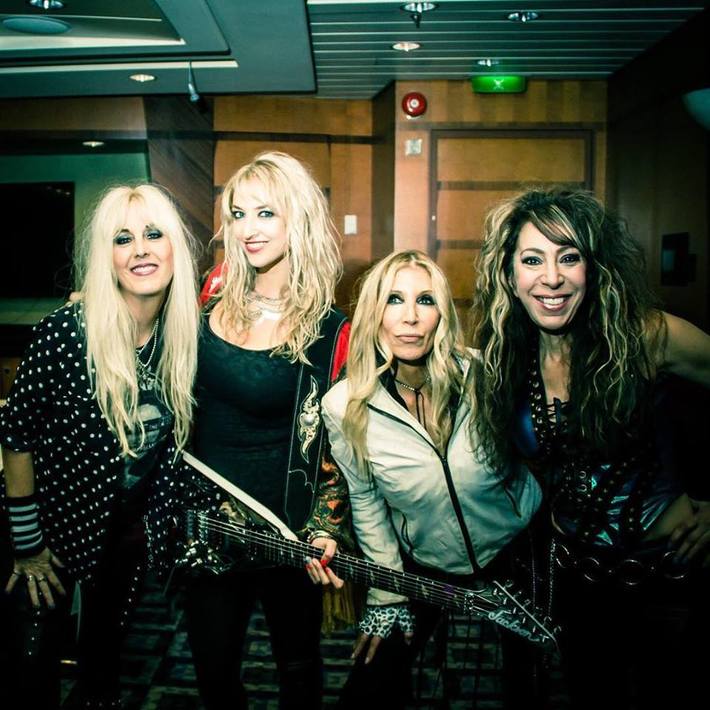 I'll be doing a review of the show for another site so I won't say much about it here except that I enjoyed it. I got to briefly meet the band after the show so that was cool and I got a couple of items signed including my copy of their recent live album. 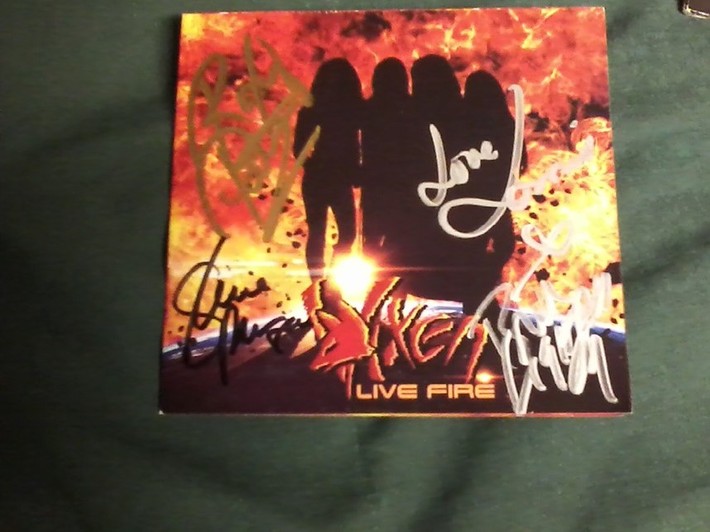 I have to say that for some reason, I just didn't get the sense that the buzz around Free Comic Book Day was all that high this year. It seemed like some places were participating in the event by rote. I looked around for something new to do but there didn't seem to be anything within a reasonable driving distance for me to head off to. There was one store I considered, but I messaged them to find out if they were doing any special sales for the day. They actually said they weren't doing sales because they were too busy on the day for that.

This seems counterintuitive to me. I'd think that on a day when you know you are going to have a lot of customers in the store, you'd want to try to get them to purchase stuff alongside of the freebie books. Sure, a good portion will just hit and run for the free stuff but there are those who would buy stuff when they can get it for a bit cheaper than usual.

As it was, I ended up not going and decided to just focus on the three closest shops near me instead.

Besides being Free Comic Book Day, it was also International Star Wars Day. So in the spirit of that, here's what I texted some of my friends before heading out on the town for the day (in my Star Wars T-shirt no less). Before hitting the first shop on my trip, I stopped off at the Newsbreak magazine shop in New Bedford, MA. They reserve a copy of Classic Rock for me each month. It's a British magazine and always has interesting interviews and articles for me to read. I noticed that the shop had a Free Comic Book Day sign on their door when I walked in. Mark was the employee on duty and I've been dealing with him for years when I shop at the store. I jokingly said to him, "Happy Star Wars Day!", to which he chuckled.

I did a brief look around the shop to see if there was any other magazines I wanted to grab. When I got to the counter, Mark had the magazine I had come to pick up and on top of it was a copy of this book: Kudos on that one Mark!

The first "official" stop was the Toy Vault at the North Dartmouth Mall. They had a couple of Star Wars cosplayers guarding the entrance as well as Elasti-Girl from The Incredibles working inside the store. 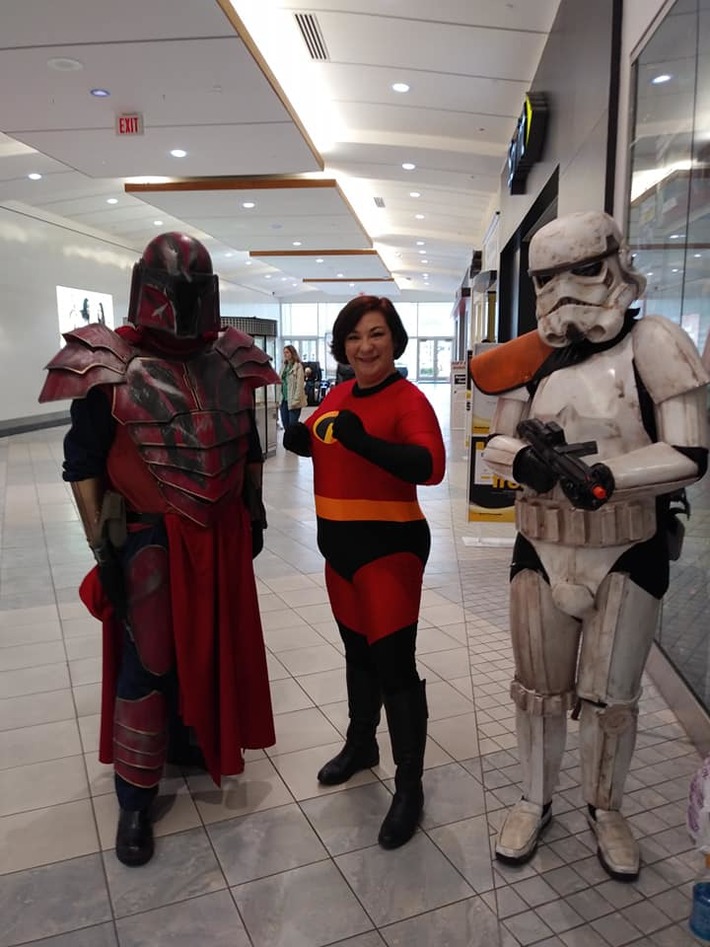 The store gave you the option for two of the free titles and I picked up a book that I'll be giving to one of my coworkers and a book that I handed off to a friend of mine to give to his kid. As is my custom, I picked up a little something for the Halloween box as a way to offset the costs the store incurs for all the "free" books they give away. Because they were running a 25% off sale on certain action figures, I picked up an inexpensive minifigure for less than 7 bucks.

I also ran into a friend of mine, also named Jay. He owns/co-owns Limelight Magazine, which is the home of my music series The Cassette Chronicles. We had a good chat that touched on music, comics and Pop! figures.

My second stop was the Newbury Comics that is also located in the North Dartmouth Mall. The store let you pick up three books and I ended up grabbing three titles that I hadn't remembered even seeing on the list. I also grabbed up a mystery Star Wars mini bobblehead figure to give out on Halloween for 5 bucks. I talked briefly with the manager Mike while I was in the store but my stay was relatively short this year.

After picking up a pizza, I headed to my regular shop, New England Comics in New Bedford, MA. The pizza was obviously my lunch but I shared it with the employee and a couple of regulars that were there volunteering their time to help out. Still, it was a big pizza so I shared it with the talent that was in store for the day's festivities as well: Splash Page Comics, the team behind the Legend of Beard Fist comic book (I picked up the first issue from them) and freelance artist Roger Andrews,who has done work for Hasbro amongst his many credits.

At the shop, they let you choose two books from this year's options and two books from a specially chosen box of older comics for a total of four books. Roger Andrews was doing free sketches for kids as well as selling prints of some of his work.

Sadly, I found myself a little disappointed at the shop. I had preordered 55 bucks worth of the free comic titles so that I could give them away at Halloween. For whatever reason, the company (it has a number of stores) didn't seem to get most of what I had ordered. I ended up getting just 13 bucks worth of the books that I had ordered. And most of what did come in wasn't the kid friendly stuff so that was just a bit more problematic for me too.

While I was at the store, the traffic ranged from quiet to steady. I ended up helping out a few walk-ins with questions while I was there as well. I ended up talking to the regulars about comic related things but invariably I had to change my shirt and head off to fulfill a dream I had as a music loving teenager.

Decked out in a Y&T concert T-shirt, I was filling in for a few hours at my friend Roger's record shop, Purchase Street Records. While this might not seem a big deal for some, growing up I would've loved to have worked in a record store. Roger had an event to go to and asked me if I wanted to work the shop for the latter part of Saturday. Of course I said yes!

It was a relatively uneventful couple of hours, but cross that item off my bucket list. And I got to be the shop DJ, which meant the Leather album II was the first thing I played, followed by Savatage's Streets: A Rock Opera and Queensryche's Operation:mindcrime. 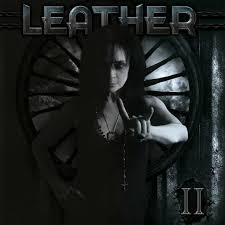 Once I got out of the shop, I ended up being invited over to a friend's house to watch the Avengers: Infinity War movie. We're going to see the Avengers: Endgame movie soon but she wanted to refresh her memory beforehand. The first half of the movie was great, but it was the end of a long day for me and embarrassingly, I ended up falling asleep during the 2nd half of the movie. I woke up during the end credits with Ann laughing at me.

As for Sunday's events, I decided to take a run up to Harry's Comic and Toy show in Franklin, MA. It's a recurring one day show that usually has a well rounded assortment of items for the customers. I worked the room and picked up a few comics at bargain prices (I'm not the big game hunter kind of comics reader/collector) as a way of concluding the weekend's events.

I managed to carve out a satisfying weekend, but I think it would've been that much more enjoyable had there been a more palpable sense of excitement buzzing around the whole Free Comic Book Day event this year. I hope that it was just a one year thing and that next year's event will see a return to a more festive kind of day that it has been in my past experiences.