Every once in a while, I like to throw in some Pop for good measure... Or confusion. Depends how you feel about it. Ideally, it should have been at the 50th Anniversary party, but then it wouldn't be Late... Nor much of a confusion, either. At first, I thought to go with ABC (ABBA, Boney M, Charles), but that seemed too predictable, therefore I'm doing something unique this week. And the kicker is that, this weeks entries will relate in some way to the next weeks selection(s). Can you guess how? To do that, you'll have to find the common ground between these 3 artists. It's not that hard. In fact, it's gonna be right in your face. And I'll leave you with that. 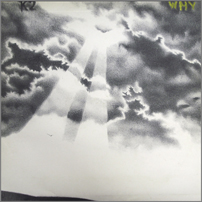 Kornell Kovach, accomplished more than any other musician, I know of. He composed music, arranged songs, played keyboards and produced albums to pretty much every solo artist in Yugoslavia. Imagine if all of these artists: Frank Sinatra, Britney Spears, Beth Hart, Timberlake, Carrie Underwood and Lady Gaga had one man behind their success. Well, most of them do, but not the same one. That's how important Kornell Kovach was for Yu-music. However, before he completely turned his attention to behind the scene, he tried to make a name for himself in UK. The album WHY is the result of that effort. Unfortunately, it didn't make a splash and until today the album remains unreleased on CD. I wore my vinyl down to pops, clicks and crackles, so I had to get inventive to present it to you. Just keep in mind, unlike the other 2 albums in this post, Why is a vinyl-rip. The lovely vocals are by: Linda Jardim who's best known for singing the backing vocals on "Video Killed The Radio Star" (Buggles). Colin Hodgekinson (Jon Lord, Ten Years After, Spencer Davis Group, Whitesnake) was bassing. Bernie Marsden (Whitesnake, Alaska, Babe Ruth, Juicy Lucy, Company Of Snakes) was guitarising and Paul Robinson (Turning Point) was drumming. Kornell also wrote over 40 Soundtrack scores. This K2 should not to be confused with a band of the same name, his two daughters formed in late 90s. Nice to know the girls followed in their Father's steps. Scarce in information, Puzzle seems to be Hisakatsu's first and only solo album. The booklet, although pretty thick, is written entirely in Japanese. Which is all Chinese to me. But music knows no boundaries, right? 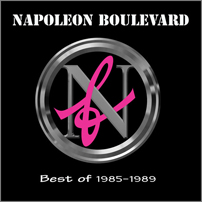 Napoleon Boulevard took Hungary by surprise. Their first public appearance was in 1986 at the I. Interpop Festival where their song "The Planes Arrive Today, Aren't They?" won the first place in two major categories: Critics and Public Award. Over the next four years the band released 5 albums and sold over 1 million copies. An unprecedented accomplishment by Hungarian standards. NB disbanded in 1990, then reunited again, with some new members in 2009 to record a new album, but not before they re-recorded the old hits. It is what you are listening now.

NEXT: Onward To The Past

The first two sets? No thank you.

The third set was more interesting.

Overall, this just is not for me, even though I am a big ABBA fan.