IN SEARCH OF CD BOX SETS 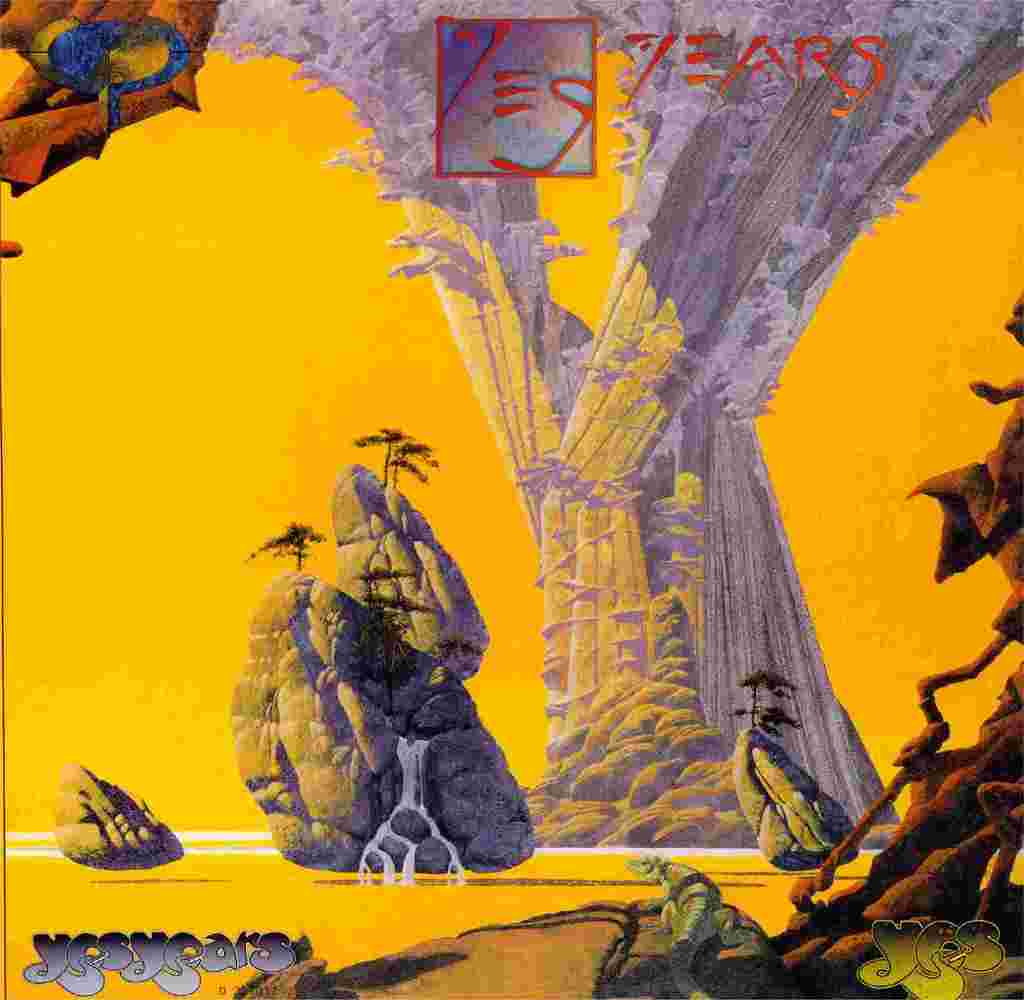 So how 'bout a new thread?  I have always been a fan of the box set.  They have certainly changed over the years, don't you think?  I mean, for one, they started out as basic compilations.  At least, that's what I think.  But these days, with the state of the music biz what it is, they often revolve around one album.  You know what I mean.  The artist, or the record company, dig around and find any clip they can that relates to the album so they can sell you five discs in the name of lost treasure.  I'm not saying that's necessarily a bad thing, but that's not what I'm looking for here.

As a matter of fact, I'm not looking for any of the following:

I am looking for multi-disc sets that cover an artist's career, at least the artist's career from the start until the time the set was released.  A set that helps me see what that artist was about without having to go back and pick up a bunch of back catalog.  Also, something that offers previously unreleased material (completed songs preferably, maybe the occasional demo) and b-sides that never made it onto a proper album.  A decent book/pamphlet would be nice as well. And it doesn't have to be a set that covers one band or artist, it could cover a genre of music as sell

I have bought several of these sets recently, but I haven't taken the time to listen to any of them from start to finish. The closest I came to that was the 5 disc Kiss box set.  Then maybe the Tom Petty & The Heartbreakers Playback set. But my plan is to use this thread to discuss every set I have or that I pick up in the future.  I'll include photos.  And of course, this will force me to listen to them from start to finish.

I'll start out with the set pictured above.   Yesyears was released in 1991 as a four disc retrospective.  The set comes in a LP sized box with each of the discs housed in it's own jewel case.  As you can see, the cover artwork is that of Roger Dean.  His work certainly isn't difficult to pick out of a crowd.  The release number is ATCO 791644-2.  There is a multi-page booklet that covers the history of the band including photographs, an album discography, a singles discography and a timeline.  And finally, the set covers the band from it's first single in 1969 through studio material that was recorded in 1988 with Billy Sherwood. 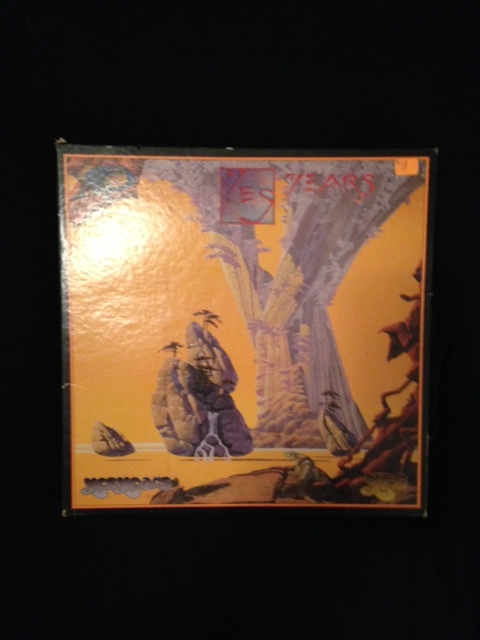 I picked this up at a record store in Augusta a year or so ago for a cool ten bucks.  Notice in the cover photo that there was a price of 18 dollars on it at some point.  I grabbed it because I had wanted to check out some of the band's back catalog.  The only material I was familiar with was 90125 and Big Generator. I have listened all the way through over the last few days, and I have to give it a thumbs up.  Discs one and two didn't exactly knock me on my butt, though I certainly like the songs Every Little Thing (Beatles Cover), Yours Is No Disgrace, I've Seen All Good People and Roundabout.  I really enjoyed discs three and four, with the standout tracks being Wonderous Stories, On The Silent Wings Of Freedom, Tempus Fugit, Run With The Fox, Make It Easy (previously unreleased song from the Cinema sessions with Rabin on lead vocal), It Can Happen (previously unreleased version from Cinema sessions with Squire on lead vocal), Owner Of A Lonely Heart, Hold On, Shoot High Aim Low, Rhythm Of Love, Love Will Find A Way and Heart Of The Sunrise (previously unreleased live version). The band was stocked with excellent musicians through the years.  I dig the drumming Bill Bruford and Alan White.  Steve Howe's guitar playing is impeccable.  But what really spoke to me was the bass work by Chris Squire.  That man was a helluva bass player.

As far as availability goes, you can pick it up on Amazon for about 21 dollars.

I like box sets but they have to offer something that the catalog does not, otherwise if I like the band well enough I am more interested in owning the bands catalog.

The Kansas Box Set is one I own and this doesn't really offer much in the way of music you can't get anywhere else.  Except for one track, Wheels.  In 1994 Kansas was pretty much off the radar (though they'd had some cool albums with Elefante and Morse), this new track was written by Livgren and Walsh and that's what caught my eye, that and I did not own their catalog at the time so this made sense.

Wheels is a very cool track and it rekindled my interest in the band at a time when we were still a young family.  I have home videos where Song For America was playing the background and you can see this box set opened up near the stereo.  My kids still recognize that band.

Today I prefer the bands catalog over the box set, but for a casual fan this woudl be a great set (Unless your ike Jon and prefer the Elefante and Morse version of the band which is not represented here at all).

The second one I own is The Eagles Selected Works 1972-1999.  I love this one as well, even as a compliment to owning

their catalog.  Though it is heavy with studio tracks, the package is nicely put together and does offer added value to an Eagles fan.  CD1 is the Early stuff, pretty much all studio cuts but it does offer some deep tracks like Outlaw, and Midnight Flyer as well as others.  CD2 are Ballads, and nice playlist really!  CD3 are the Rockers and includes some unreleased cuts (2 to be exact) .  CD4 is their famed Millenium concert. As you would expect it's played note for note perfect and sounds great but also contains some deeper cuts as well, like Please Come Home For Christmas, Funky New Year, and the band cutting loose on some Henley solo work - Dirty Laundry - and a James Gang track - Funk 49! Glaringly missing is Seven Bridges Road, no idea why but that would've made it complete.  I like it as a compliment in my collection and like it as a replacement of their catalog on my phone, saves space and has everything I need to take on the road.

Also, I own the KISS Box Set.  5 discs of early takes, alternate cuts, live tunes and interesting works.  Of all the money grabbing this band does, this box stands out out as at least something that adds value to a collection.  It's not just another compilation or live set.  There was some thought put into this one.  Also it pre-dates the Tommy and Eric Singer in make up version of the band/debacle (IMO) and the two albums they recorded so theres none of that influence here.

Lastly, I own two ACDC sets, BonFire and BackTracks.  These are probably the best sets I have as

each is jam packed with Original Australian versions of great tunes, alternate takes and rare live sets.  They

also came with goodies, picks, posters, booklets, and keychains!  Bonfire is really great too, but the combination of both of these really rounds out an avid ACDC fans collection.

Agree with you on the Kiss set.

I don't have any of the others you have mentioned, but I did have a chance to get the Eagles set about 8 or so years ago.  We were on a mountain trip and there was one of those cheap book stores in an outlet that was going out of business.  There was probably 20 of them on the shelf, brand spankin' new, for around 12 dollars each.  I still kick myself for not picking up several to give as gifts.

Probably won't get the Kansas set based on what you said, I already have their complete albums box.

The Police "Message In A Box" is a good one.

I have that one.

Though there are no bonus tracks, the Warren Zevon set "I'll Sleep When I'm Dead" is a two disc set that charts a good portion of his career from the start.

Permalink Reply by Niels (Mod) on February 5, 2018 at 4:22am
I bought a few box-sets 10-15 years or so ago, (The faces, 10Cc, The Doors, Genesis, KISS, Kinks, Nirvana, Yes, Cheap Trick, Neal Young), but the one I keep coming back to, is my Burt Bacharach-boxset. It contains all the best songs he wrote, with the original artists, 4 discs of each 70 min. of music. The boxsets I buy these days, are deluxe versions of actual albums. Within the last year, I bought deluxe-versions of Jethro Tull’s albums from the 60’ and 70’s. Those are awesome!! 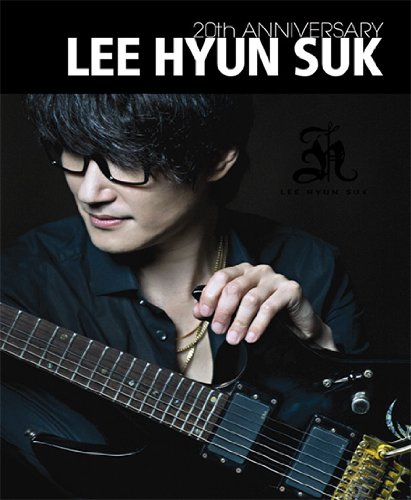 My second entry would be The Life & Crimes of Alice Cooper.  This is a 4 CD box that contains studio tracks, rare early tracks, demos, sountrack cuts and various edits.  It featured songs from every studio album released to that point, as well as three tracks from The Spiders and one track from The Nazz. The set was released on April 20, 1999 by Rhino.  For those who don't remember, it has the distinction of being released on the same day as the Columbine High School massacre.

The four discs are housed in a long box.  They each come in there own jewel case.  Also included in the set is a very cool 80 page book that contains a nice biography, a tracklisting and a discography.  It also contains a very neat little section with tidbits about each song included in the set.  The quotes about the songs are taken from various band members and from Bob Ezrin as well.  A good example is Ezrin's story about hearing the band in their early days for the first time at Max's Kansas City in New York.  He tells of how he met the band and told them of how overwhelmed he was with the show and how much he enjoyed the song I'm Edgy.  After blank stares from the band members, they figured out he was referring to I'm Eighteen.

I really, really enjoyed the three tracks included that originally appeared on From The Inside.  I do not own that album, so two of the three, the title track and Serious really stood out to me.  I have heard How You Gonna See Me Now, so I knew that one, but it was just three standout tracks as far as I'm concerned.  Others included Nobody Likes Me, Ballad of Dwight Fry, Under My Wheels, Billion Dollar Babies, No More Mr. Nice Guy, Man With The Golden Gun (this one also has a good story attached to it), Only Women Bleed, Cold Ethel, I Never Cry, No Tricks (another one I'd never heard but really like), Pain, He's Back (The Man Behind The Mask), Poison and Lost In America.  Many of them I've heard, but they are just excellent songs.

I give this one a thumbs up for sure.  You can pick up a used copy on Amazon for just under 40 dollars.  Also, if you'd like a complete track listing, you can click HERE.