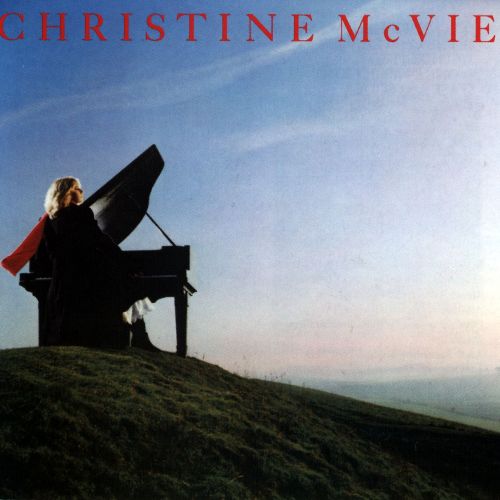 Is this really lost and/or forgotten? Probably not, but what the hell?

During her years with Fleetwood Mac, Christine McVie only recorded one album. It was released in 1984, after Mirage had run its course and the band was taking an extended break. Given its release date, it's not surprising that Christine McVie sounds like it could have been recorded during the Mirage sessions -- it's a collection of soft rock/pop and ballads that are pleasantly melodic and ingratiating. Only a handful of cuts, such as the wonderfully catchy, lightly bouncy hit single "Got a Hold on Me," work their way into the memory, but nothing on Christine McVie is anything less than agreeable. The record simply suffers from a rather predictable fate -- it's a little too sweet and laid-back to be consumed in one sitting, and its best songs would have sounded even better if they were balanced by Lindsey Buckingham's insular, paranoid pop genius and Stevie Nicks' hippie-folk mysticism.

Never heard of this or any other McVie solo album and looking at the titles I was sure I never heard of any of these songs either. However, "Ask Anybody" and "One In A Million" struck me with a familiar note and are the only two songs, that left a lasting impression. Otherwise, I have to agree with the reviewer, Lindsey could have turned these songs for better. Not that their so called collaboration from a year or so ago brought out the talent the duo is known for, but with little bit of magic, this material could have had more potential than the 2017 CD.

Like Yngve, I thought One In A Million was pretty decent.  Unlike Yngve, Ask Anybody didn't do too much for me.  The other song that sticks out for me would be I'm The One.  No, it's no Van Halen cover tune.  But those two songs seemed to feel like more than background music, which is more than I can say for the rest of the album.  Heck, maybe it's Winwood's backing vocals on the former that make me like it.

This isn't necessarily a bad listen, but Christine McVie has always been my least favorite vocalist out of her, Lindsey and Stevie.

Oh, before I leave this, The Smile I Live For is a pretty dang good closer.  It has a different feel, a lot darker than the other tracks.