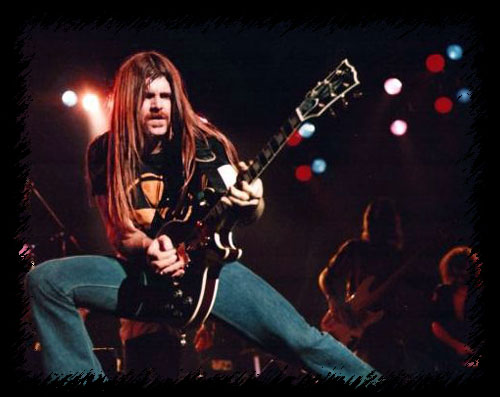 Dave Hlubek, lead guitarist and co-founder of Southern rock icons Molly Hatchet, has died at the age of 66. The news was confirmed via a post on the band’s official Facebook page, although no details were provided.

They said in a brief message: “It is with great sorrow we announce the passing of our beloved friend and band member Dave Hlubek. Amongst his many contributions to southern rock is “Flirtin’ with Disaster.” Our condolences and our prayers go out to his family during this time of loss. He will be missed but never forgotten, as the music lives on through his legacy in Molly Hatchet.”

David Lawrence Hlubek was born on Aug. 28, 1951, in Jacksonville, FL and returned there after several family moves. He founded the band in 1971 and they released their debut self-titled album seven years later, scoring their biggest hit with “Flirtin’ with Disaster,” the title track of their 1979 second LP.

Speaking to Kaos2000 in 1999, Hlubek recalled the early years of his career as he endured the kind of rip-off experiences many bands so, saying of signing his first management deal: “We walked in with an imaginary eight-slice apple pie. When we walked out of the office we only had three slices.” But he added: “I can’t tell you I have many regrets because I don’t. I’ve had a good ride. When I signed in 1977 with Epic/CBS they gave us a bonus for signing which was six figured. We hadn’t done dick. They flew us, wined us and dined us. They put a booklet in front of each one of us and our life was going to forever change. I’ve been around the world 12 times now. I never had to join the service like my dad did.”

The current lineup had a number of U.S. and European tour dates booked over the coming up between Sept. 16 and Dec. 15, but as yet have given no word on whether they’ll proceed. Former Molly Hatchet bassist Banner Thomas died at 63 in April.

That triple guitar attack was cool!!  Their first 3 albums, and then when DJB came back - No Guts, No Glory, are extremely well written, recorded, and still stand the test of time.  Each could be considered one of Southern Rocks top albums of all time.  Sad to hear this...