It's another year gone and it is time for my picks for the 10 best movies that I saw during 2018. Please keep in mind that if a movie you liked isn't on my list that I either didn't see it or it didn't rank high enough to make the list.

10. - Ant-Man and the Wasp - I hadn't seen the first movie before deciding to see this one but after seeing that one the night before and enjoying it, I was happily pleased with this one as well. I loved the more human aspects of the story between Scott Lang and his daughter as well as the super heroic derring do. I'd definitely be on board for another movie in this series. 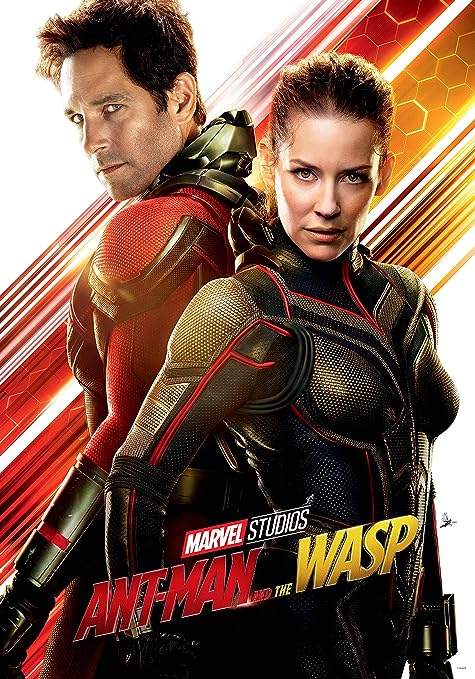 9. Hunter/Killer - Gerard Butler gets a bad rap because he's always choosing these kind of cheesy over the top action thrillers to star in. But when he picks a film that is halfway decent instead of just a substandard popcorn movie, he's usually pretty good in them. It might not go down as his best action movie job but I liked it well enough. 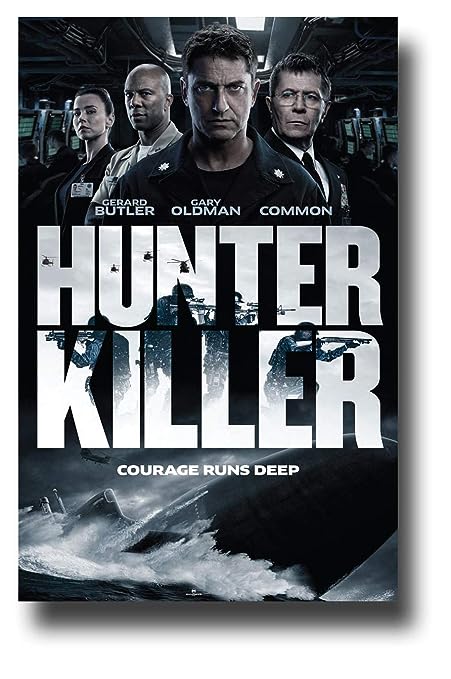 08. Creed II - While I didn't think this second movie in the Creed series (and 9th in the Rocky franchise) was as good as the first one, this was still a fun watch. The state of the franchise is in good hands with Michael B. Jordan leading the series. He's turned into a pretty good actor and can definitely shoulder the legacy he seems to have inherited here. I will be looking forward to adding this to my DVD library. 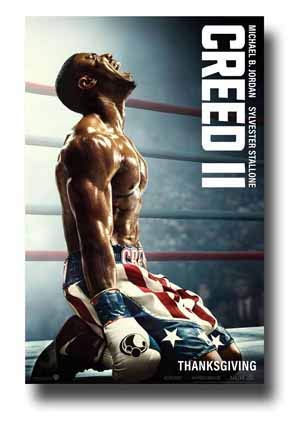 07. Instant Family - This comedy centered around Mark Wahlberg and Rose Byrne become foster parents was such a big surprise. The script was both funny and touching, with the combination of humor and reality mixed just right. I wasn't sure what to expect when I decided to go see the movie but the trailer looked funny and what I got was a movie that I would actually pay to see in the theater again and will probably buy on DVD. 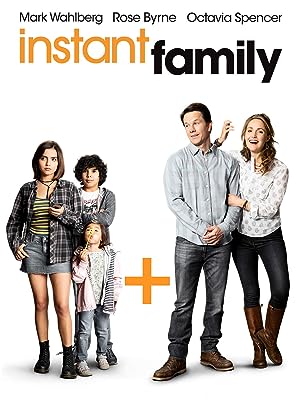 6. Mission Impossible: Fall Out - The latest installment in the Tom Cruise action franchise was an adrenaline charged knockout from start to finish. Filled with twists and turns to coincide with the outstanding and breath-taking action sequences, it left you on the edge of your seat throughout. 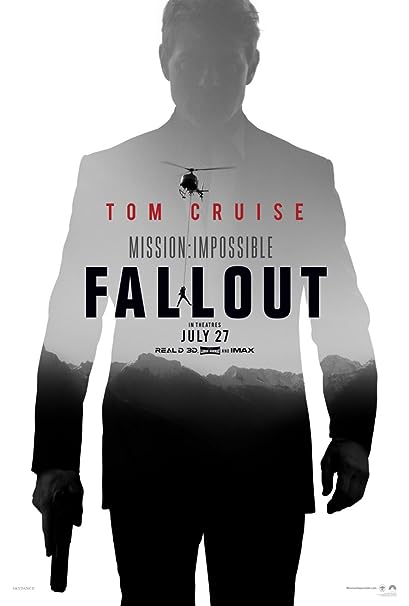 5. Aquaman - I just saw this on Christmas Day and I came away vastly entertained by this movie. Whatever quibbles I may have had with small aspects of the story, this was the only DCU movie other than Wonder Woman that has left me excited for the possibilities with the franchise down the road. I loved the cast, the story and the special effects. I'd likely pay to see this in the theater again and will probably add it to my library when it hits DVD. 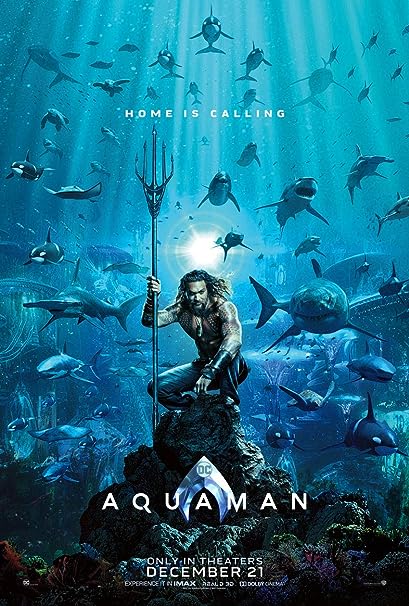 4. Life of the Party - For a long time I really didn't like Melissa McCarthy. She just didn't make me laugh like she did with others. But then came the movie Spy, which had me in stitches. Now you have this movie where she plays a mom that gets ditched by her husband and decides to go back to school at the same university where her daughter is a student. While there's lots of laughs in the story, there's a scene that takes place in a restaurant that was the funniest thing I saw all year. I have seen this a few times since it hit PPV and I'm planning on getting a copy of the film on DVD as well. 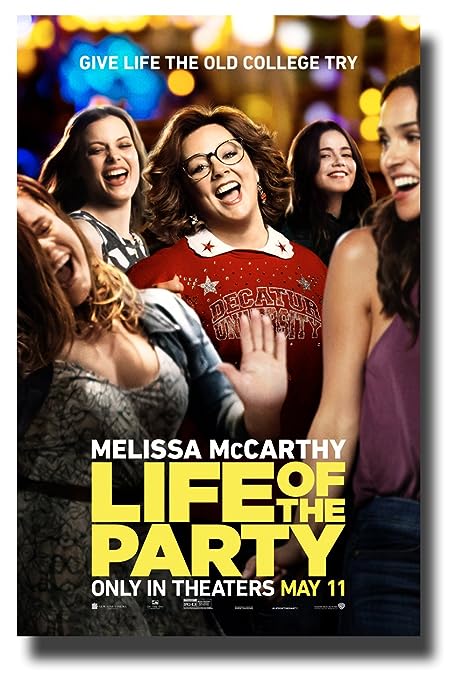 03. The Miracle Season - A sports movie with all the requisite plot points you'd expect might have you thinking that this would be something of a bore or a paint by numbers movie that just kind of sat there. But in this particular example, there was just something that really struck a chord with me. I loved the performances from the leads (Helen Hunt, Erin Moriarty and William Hurt). I haven't yet picked this one up on DVD but it is on the list to do so.

02. Black Panther - I delayed seeing this movie for the first couple of weeks to let the crowd die down and the raves out of the way. I wanted to see the movie without the expectations of saying I liked it simply because I was somehow expected to. Thankfully, the filmmakers and cast crafted an exquisitely powerful film that not only gave you the expected thrills of a Marvel Cinematic Universe movie but also addressed the more real world societal aspects as well. It was simply a (no pun intended) marvelous movie from start to finish. I saw this one twice in theaters and plan to add it to my DVD library when I can. 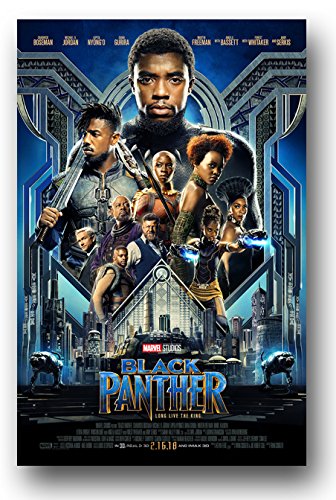 1. AVENGERS: INFINITY WAR - The first part of the culmination of every Marvel Cinematic Universe movie to date had pretty much everything (and everyone) you could've hoped to see up on the silver screen. This movie was just so much fun and with a soul crushing ending that left you feeling the same kind of devastation as the characters in the film. I know that for those who don't like "comic book movies", you won't understand how I could be so into this film (and the others on my list) but believe me, this was just the best damn movie I watched all year.

There's lots of movies to come in 2019 and I'm hoping to see even more of them than I did this year. I'm a little envious of a friend of mine that gets to go see 2 or 3 movies a week. I wish I had that kind of time. I don't write about movies nearly as much or in as much detail like I do with music or books but I know what I like and this list is representative of the best of my 2018 movie viewing! See you next year!

Wow, I haven't seen any of these.  I have to say that I don't really get out to the theater these days.  The only thing that comes to mind that I have seen at the theater this year was the new animated Grinch film.

Out of your list, I would like to see Creed II (still haven't seen Creed), Aquaman, Instant Family and Black Panther.

To be fair, you have a family that occupies a lot of the time you don't spend at work or with music. Thankfully, I don't.

This gives me a lot more time to see movies. And I'm way behind other people I know. The guy who co-owns the Limelight Magazine.com site saw 81 movies in the theater this year. I wish I had that kind of money and time.

We have only 1 in common and I really don't think I'll ever see any of the other 7 on your list.

I've seen Infinity War, which probably also is my favorite film of the year, Black Panther, which I didn't especially like that much, Aquaman, which was okay, not as good as Wonder Woman, but pretty good, M:I:Fallout, a very entertaining movie, Creed II, could be in my top 3; and Ant Man & The Wasp, a movie I was dissapointed in.

Other movies, I remember, I've seen in a theater this year:

Venom - Maybe the worst movie of the year

Bohemian Rhapsody - I wasn't that impressed. An okay movie, but that's it.

I liked Venom. Not loved it, but given the massive changes made to the story from the origin story in the comic books, it was entertaining enough for watching a single time in the theater.

You want to see a bad movie that came out this year? Check out Deep Blue Sea 2. I don't even think it got a theatrical release. It is HORRIFICALLY bad.

Nah, The Meg was enough. I saw it a few days ago. Not THAT bad, but not very good. Biiiig shark, though.

The Meg was what I call a really good bad movie.