With Mother's Day around the corner it's time for us to honor the Rock 'N' Roll Women.

Did you know?
59 was the number on a button commonly worn by feminist activists in the 1970s, based on the claim that a woman earned 59 cents to an equally qualified man's dollar. Is the same true in Rock 'N' Roll? I have no idea, but not here. Not today. Not on my watch. In the first ever New Music Corner, Late To The Party crossover, lady's of Rock will take the stage, all for themselves.

click on the cover to hear the skinny lady's sing 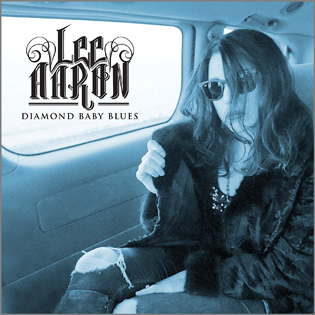 Karen Lynn Greening went from LEE AARON to METAL QUEEN to DIAMOND BABY BLUE... What can I say? SOME GIRLS DO. 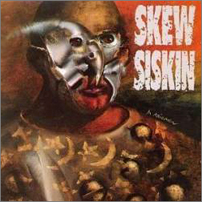 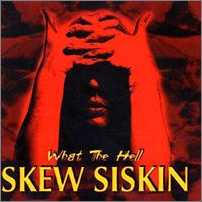 Skew Siskin, in English means "Crazy Bird". In this case, bird is a referenced to a woman, as they say in Britain. Nina C. Alice, (vocals) who formed the band with Jim Voxx (guitars), found the expression to be appropriate for her persona on stage. The rest of the band went through revolving doors. Lemmy of Motorhead was fond of the band. He often collaborated with Skew Siskin. 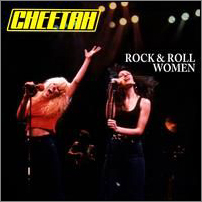 Chrissy and Lyndsay Hammond fronted this Australian band with no ties to AC/CD, whatsoever. Oh wait... Mark Evans played bass at their live shows and the album was entirely composed and produced by Vanda & Young. Oh well, I guess some things in life... like death and taxes, are certain. These sisters were the archetypal 1970s sex bombs with big hair and tremendous, booming Rock voices. First time I saw them, was in the music video "My Man", way back in 1982. I fell in love with their big... ahem... Hair and tremendous...ahem... Rock voice, right away. It's one of those things; It doesn't matter from which angle you listen to the song, it always seems to be written for you.

I don't know these women, lol!

I had a Lee Aaron album, it was Metal Queen because I thought the cover was cool. Probably didn't think the music was that cool since I never bought another LA album again, but that was a long time ago so who really knows. This isn't too bad, especially the geetars, some of the lyrics are a bit trite, but overall it's a fun listen so I'll give it thumbs 3/4 up.

Skew Siskin sounds like White Zombie in parts. It's not bad, but it's not totally original.

I remember Cheetah from SOMETHING, can't remember what though. It's ok, but nothing I'm totally interested in.

Lee Aaron - The out of the box riff on the first track sounded great.  But the song never seemed to go anywhere.  Aaron has an okay voice, but it's not really special.  She can certainly carry a tune.  I didn't care for track number two.  It seemed like a generic attempt at blues.  But I did dig the guitar solo and the riffing that came in at the end of it.  Again, Miss Mercy feels generic.  Except for the guitar solo.  Somebody's playin' pretty good.  I really just didn't like the final song. Wait, I read that wrong, the last song is a cover of a song made famous by Linda Ronstadt.  I can't say it's an improvement and I prefer Linda's version.

Let's review...probably slightly better than average vocalist, songs that really don't interest me much, and a terrific guitar player.  That adds up to...Thumbs Down.

SkewSiskin (or Nina C. Alice) - This first song is way better than anything from the previous album.  This is quite raw and I like it.  This may seem like a strange statement to make, but I'd love to hear the debut album by Motley Crue performed by Skew Siskin.  Even the lead guitar on the first track sounds like something Mick Mars would lay down.  The rockin' does not slow down at all on In Another World.  I might still like Motley Crue if she were the lead singer.  I'm also getting a rough The Pretty Reckless vibe.  Not polished. But I'm also noticing the date 1992.  Not sure what that means. Is this a compilation?

Okay, I just re-read the intro.  I guess we have one new released partnered with two that aren't.  I've got it now.

Review...first two songs sound like vintage, messy Motley Crue.  Last two sound like unpolished The Pretty Reckless. The singer has pipes and musically it is rockin'.  There's even a touch of Plant and Zeppelin on that final track.  What's not to like.  If this was a new release with all of these tracks on the same disc I'd go looking for it.  In other words...Thumbs Up.

Cheetah - I guess I should have mentioned to start with that I'm not familiar with any of these ladies.  Nothing at all remarkable about the first track.  Bang Bang has a kind of cheesy chorus, which isn't surprising seeing the song title. But I totally dig the verses. The last two songs begin very AC/DC"ish".  At least from a drumming perspective.  But I'm pretty ambivalent toward both of 'em.

Review...Vocalist(s) are better than average.   Songs are okay though not earth shattering. I like it better than Lee Aaron but not nearly as much as Skew Sisken...Thumbs Even.