One more week of isolating an instrument and then next week we'll put the bands on stage and see how they do.

Geetars had to be the show stopper though.  I think I found some cool tracks and laid them out in a pretty cool pattern.  You'll find two instrumentals sandwiching this playlist with 4 great geetar jams everyone should know followed by 4 four you may not know as well.  Anywaym its a cool listen.

This week we let the music do the talking, Enjoy.... 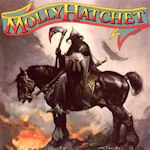 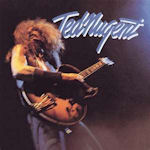 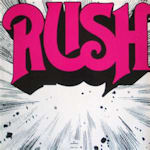 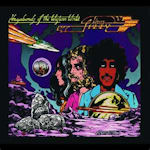 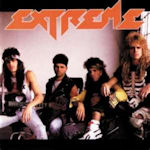 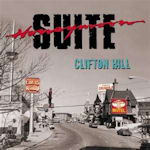 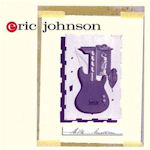 Approval (percentage of songs I liked): 70%

Man, Scott, that is some outstanding guitar work.  Although I may not have necessarily liked every song you picked, I think every song really fit this theme well.

I think Mean Street has a tremendous riff, and DLR's vocal performance is terrific.

Of the two instrumentals, I definitely liked the Vai tune better.  I'm not much for instrumentals, but this one is very good.  The last track, although well played, just doesn't have the same grip for me.

Kudos on the BTO track.  I've never heard that song, but I really, really like it.  The guitar playing and mood of the song are outstanding.  I need to see if it's on the greatest hits CD I have.

Thank you sir!  This was a fun series (if you can call it that)

BTO is so forgotten when it comes to guitar work, their rhythms seem to get more attention that the solo efforts.  But their early work is phenomenal.  Wasnt it you that posted BTO II a while back?

That was me.  It's the only studio album I own, and it's a great album.

Permalink Reply by Scott on June 15, 2011 at 11:07am
Yes, I posted that Honeymoon Suite quite a while ago, and putting it in NMC and SHT is not double dipping, hehehe...  Besides, Clifton Hill is a cool album...

Starting now, I'm gonna give each track "grades" on a scale from 1-10:

1. I really don't care for instrumental tracks, and I've never been a fan of Vai's playing. His best work was probably with Frank Zappa, or was that Zappa playing?

2. I'm considering buying the new best of-album, but I'm not sure yet. This track is a bit booring, but the guitars are MUCH better than Vai's playing. Some very good solos. 6/10

4. Now here's a RUSH-track, you don't hear that often. It sounds a bit like Black Sabbath. It's not one of their best, but come on: It's RUSH!!! I really like Alex Lifeson, and he appears to be a funny guy, BUT....he is KIND OF the weakest link in the band. He's not bad at all on guitar, but the other two are PERFECT at what they do. I Know it's not Neil Peart on drums here. 7/10

6. Thin Lizzy allways had great guitarist in the band, even though I never thought John Sykes was a good choice, but that's another story. This is a good track. 7/10

7. Ahhh, Nuno Bettencort. Now THERE'S a great guitarist. Besides the man himself, EVH, the best guitarist on this list. Extreme would probably had been much bigger, if they had been around a couple of years earlier. I LOVED "Three sides to every story". This track is just kind of okay. 5/10

8. This actually sounds a bit like Extreme, but without Bettencort of course. I kind of like the track. 6/10

Love the ratings scale!  Thanks for the cool feedback too, although I must admit that calling the Molly Hatchet track boring was a bit of a shock, your the first to ever do that as far as I know...

As far as the new Greatest Hits II from them, its a bunch of re-records so not the original work, in case that changes your purchasing decision (it did mine)

Permalink Reply by RJhog (Admin) on June 16, 2011 at 7:38am
Yep, I'd get the first Greatest Hits.  That's what I have.  Scott, you have to remember, Niels is the only person in history that doesn't like Eminence Front, so how could the "boring" comment surprise you?

Scott, I could say "Touché", on your remark about Biff

I must admit, that I HAD expected somthing from you about my Alex Lifeson remark?!

Permalink Reply by Scott on June 16, 2011 at 9:14am
I caught that, but didnt really think you were wrong.  As musicians they are all equals in my miind, as song writers?  Well there you may have a point...

Hold on...Greatest Hits II is not re-recordings. It's songs from their late 90's-onward studio albums. The only song that is a remake is "Fall Of The Peacemakers", the rest is the original stuff. CD 2 is live stuff.

But if you're starting, get the first greatest hits and then this one.