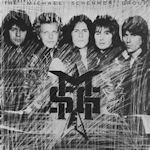 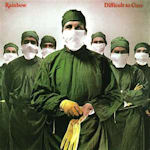 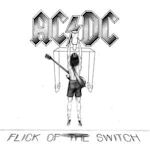 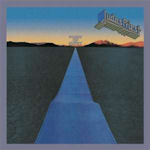 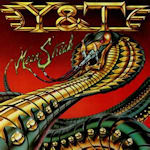 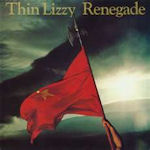 Permalink Reply by Alan Christensen on July 27, 2011 at 10:23pm
I've heard of Rail, but that is one rare release! I've heard that MSG song, I didn't like it at the time. I like the more mainstream stuff (Gimmie Your Love) etc. Y&T - I need that one, and sadly I only have one Thin Lizzy (on Vinyl). Otherwise, all good stuff!

Permalink Reply by Scott on July 28, 2011 at 6:39pm
Thank your sir!    Youve definutely gotta go back and check out Thin Lizzys catalog.  For the most part, I was late comer to their early work as well, and Im loving what I hearing!

Scott, I must say that in my lowly opinion, this is the best SHT to date.  And I'm not saying that because it's all "favorite" material to me.  No, it's quite the opposite.  I know practically none of this stuff.  But it's all bands, for the most part, that I feel I need to spend more time with.  These are truly hidden treasures.

Now, I will say that, other than the selected song sounding a bit like Rock And Roll All Night with that intro,  I don't see the appeal of Rail, but all of the other bands really do appeal to me.  I'm only familiar with two songs here (Wasted Years and Heading Out To The Highway), and the latter I didn't think I had heard it until it actually started playing.  If I were to pick a favorite, it would be Wasted Years, but if I had to choose from the unkown songs, I'd go with Eat The Rich.  Krokus really does remind me of AC/DC.

Cool!  Thanks a ton!  Thats the whole point of SHT!  SO I gotta big smile from this note

On the Rail front...  I think Ive explained this a few times.  They are from the area I grew up in and they played all over, all the time.  They are really quite entertaining to watch.  But I can see if your hearing them cold (so to speak) that their appeal wouldnt really stick out.  Ive heard them play all their material live before I bought it, so that makes a difference, that and everyone of my friends got into it as well, so there you go..  I may sneak them in again though I will be very se;ective.  One thing I did realize was that the track represented here isnt that great, but its a remake I thought some may recognize...  I was wrong

Permalink Reply by Jon on July 29, 2011 at 5:08pm
Girlschool...thought their version kinda sucked too.

No need to apologize, what I meant was DAMMIT he got the original ...  and I thought maybe I had one on you all.

Have a great break!

Browsing through your early SHT's and this playlist is by far my favorite. To bad the podsnack doesn't work, because I never heard of the Rail, but looked them up on YT. This whole list mirrors the music I like. Everything else, except the Rail, I have in my collection. Even your notes correspond with my opinions. For example, never could understand the initial animosity towards the Point Of Entry. Even today it holds up damn good. I'd be happy if JP recent material where even half as good as this one.

Once again, great playlist but only 10 views? WTF?