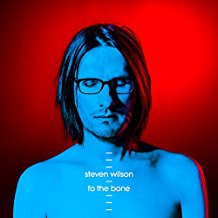 The other two are a 3 minute quite song, might grow with repeated "spins", and an instrumental, also 3 minutes, not bad, but I'm not a fan of instrumentals.

Okay, I've now listened to the five songs Jon posted in NMC as well as the three songs you have posted or linked here Niels. I think I really liked 3 of 5 on the NMC post.  I like 2 of 3 here.  I don't really care about the one you linked in your last comment.  I believe you said it was a bonus track, so no big deal there.

I do really like the first one you posted here.  It's another pop oriented song, but it just has a nice groove. I remember when I liked pop music.  If more of it sounded like this, I might still listen to the radio. Refuge is quite good as well.

I'll be honest, I have the non-deluxe version on my Amazon Wish List.  Just can't quite make up my mind.

One more thing.  It looks like the regular version of the album is right at one hour.  That's a bit long for me, but not a deal breaker if I like the songs.  My wife is a massage therapist (no longer practicing), and this CD would be perfect I think for a massage.  It's the right length, it has some up-temp tracks but what I've heard isn't too heavy.  And it has the quiet tracks.  I'd be interested in playing it and finding out what my wife things of it.

Actually, I've changed my mind about how long a CD should be, and at the moment the perfect lenght is 50 minutes.

Once, I was dissaponted with anything below 70 minutes.

Sometimes, I wish for more than 70 minutes, for example double-CD's, especially when it's new albums by Neal Morse and Steven Wilson.