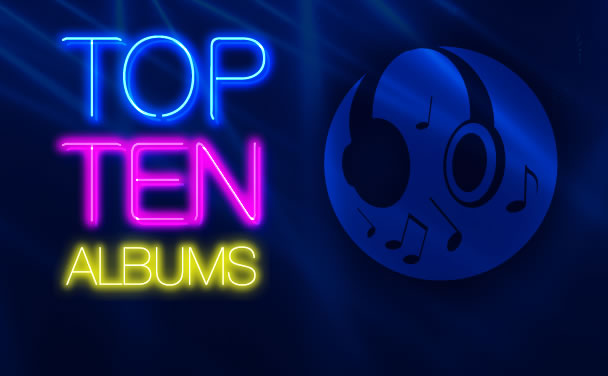 Once again, it's time to name your favorite albums of the year.  There really are no rules here.  It can be ten or more or less albums and it can be all classic rock or you can mix genres.  Your choice.

7. Mike Tramp - Stray From The Flock 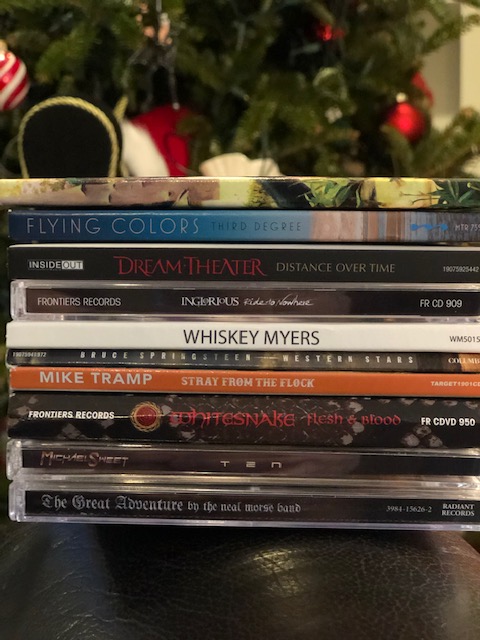 I have one of these.

Nice touch of stacking the spines of the CDs on top of each other.

We have one in common that is definitely making my eventual list(s). And another that might make my list assuming I can finally get around to listening to it before the end of the year. What is considered Classic, nowadays?

If you don't know the answer to this simple question, then you were one of those kids in the school who were constantly complaining about non-practical applications of Algebra in real life. Unfortunately, you can't figure out Classics without breaking a few math equations. But lucky for you, I'm an expert.
So, pay attention:

3.) Fold the 10 names precisely 10 times before placing them all neatly on top of each other, in a Bucket Hat.

8.) As stated in the brackets (behind your randomly chosen bigwig's name), subtract the number representing the year of his birth from the corresponding number replacing the year of his demise. Which is: (11 - 23) = -12
In this case: -12 is your maximum number. And... Maximum = TOP. Remember that.

And... There you have it!
The only scientific formula to figure out what Classic Rock truly is.

This brings us to: 2019.
It was a great year for new releases in general, but most importantly for the Bands/Artists whose modus operandi fell within the correct formula presented above. I purchased a total of 10 albums fitting the (Classic Rock) bill, plus an additional 20 (Metal) albums, that does not... Now, that's all fine and dandy, but were do I inventory the projects neither confirmed here, nor there. Few "newer" Bands/Artists (God bless their souls) are nurturing the sound of their ancestors, rather than following the crowd of today. In my opinion, they deserve something special. And... THEY SHALL HAVE IT! After all, these boys (and girls) are the future of music my taste got acquired to. In their honor, I built this city Liszt, to reward their hard work. And since I did all the leg-work, I get to name it:

THE ARISTOCRATS – You Know What...?
(Fusion / Rock Instrumentals) - CD

ASPHALT HORSEMEN's studio CD from this liszt was the first one they released in Hungarian language. They sang their previous albums in English. Why did they change? Don't know. Perhaps not enough support from those who speak and understand English would be my guess, but they did release yet another CD this year. An Unplagged album with songs from their earlier projects. In case it's an interest to you.

I'm utterly devastated.
Usually, we have at least one album in common per year, and I was certain we would have one in 2019, as well. However, I didn't buy any of these fine releases.

I listened to WHO, and I just don't get it.
Obviously you do. 3rd place nonetheless. Good for them.

My Liszt is still in making. Will post it close to new year. There are exactly ten albums, so I got to get the ranking correct. The future of the music industry depends on it.

I know... I know.
I promised Ten, and I'm delivering Nine. Had to change the darn banner too. That being said, I do have the 10th album originally intended for this Liszt, and a good reason for not including it. When I ordered SZEKERES TAMÁS – White Shapes Of Blue, I immediately noticed two cover songs: "Viking Kong" (Racer X), and "Still Loving You" (Scorpions) but I thought the rest would be originals. And some are, but looking at the credits, the cover tunes outweigh his own compositions. Therefore, I won't rank it. Don't get me wrong, the album is fantastic and it would have scored high, but that's just it. It wouldn't be fair to those Artists who came out with new material. Now... YOU know too.

I was also eyeballing DICE (the German Space Rock band), and their 2019 album "Yes-2-5-Roger-Roger". However, that's all I could do. I mean... Eyeball it. I don't get these bands who still keep their music so tight to their chest, that it's impossible to find a stream, or a Youtube video (only an interview), while the 30-second snippets at Amazon don't go very far in painting a compelling picture to songs exceeding the 10-minute marks. Well, I'll keep my ears and eyes open for a while, but if they don't put anything up for me to sample anytime soon, their whole effort of releasing a new album would be forever lost on me.

No problem, though. There are Nine GREAT albums, that made my Liszt. I had a blast listening to them over the last couple of weeks. Truly brilliant work from everybody. I don't want to micro analyze the releases on this side of the century year by year, but 2019 was DAMN GOOD... If not the best, as far as CLASSIC ROCK goes. Here is what I'm talking about:

And... The best 2019 CLASSIC ROCK SONG prize also goes to SOLARIS and their 34-minute MONSTER EPIC, written about the Nostradamus' Prophecies, and sung in Latin for some authentic creepiness.

I finally received that ToPT album. Stupid import only crap.

That's the one I thought we'll have in common.
You didn't like it?

Just got it and won't listen to it until most likely next week. Also forgot I have the latest Diamond Head album, got it awhile ago and just never listened to it for some reason. So.....my list might change.