Ok Scott, nobody was doing a Top 5, so I took the opportunity to do a sort of self indulgent list.

Rock & Roll has always had a huge impact on our culture, you can literally see it's influence everywhere. Rock has been used heavily in cartoons, as tool to appeal to the younger generation. Before all the techno sound effects, that accompanied the cartoons of the 80's & beyond, there was good 'ol guitar, drums & reverb! There was good stuff out there! I wanna' know, which cartoon themes of 60's & 70's, do you think rocked the best? 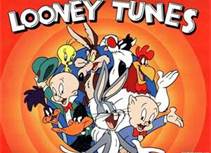 The rules are straight forward:

2. It has to be an opening theme song, not a song within an episode or a closing theme.

1. The Bannana Splits (Of Course)

I can't say all of these are necessarily the most rockin', but I loved 'em:

Fat Albert is a good choice, got some funk to it! The last three, not really rockers, but all good themes. The Globetrotter's, Sweet Georgia Brown is more soul. The Pink Panther is jazz & Bugs Bunny Overture is classical.

3.Balthazar (You americans do NOT know this one, at least I guess not)

4. Bamse ( You definitely don't know this either: Bamse, the strongest bear in the world. Even stronger than Superman!!)

I bet Davy Crockett could take him.

I doubt it. But he wouldn't try, because Bamse is also the nicest bear in the world.

You're right, never heard of Balthazar or Bamse. While Bathazar was interesting, I didn't hear a lot of rock in it. Not sure if Bamse was rock, but it did have some guitar & had a gong!

No, "Balthazar" will be accepted. Well, the association with the Flower Kings more than qualifies 'Bamse"! That definitly supports the point of this thread, which is to shed light on the influence of rock in animated cartoons.

My son has become a fan of Balthazar!!! He loved the theme, now he's downloading  & watching episodes!