VIDEO'S OF THE WEEK: HALLOWEEN SPECIAL 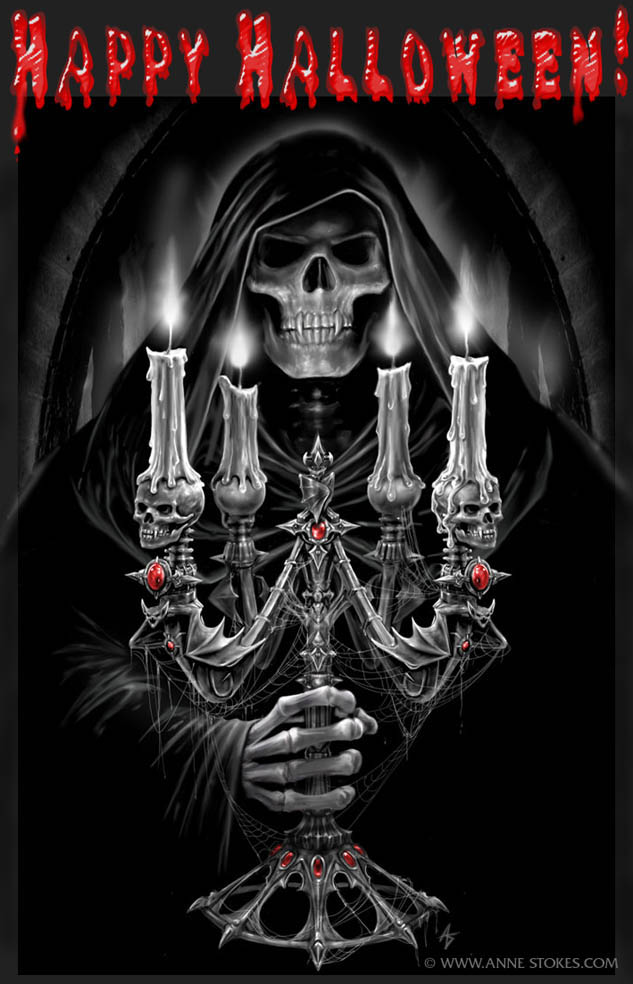 t's Halloween tonight, even in Denmark, so this is a little Halloween-special, but no classic rock, only theme's from some of my favorite scary movies. But first we start with probably my favorite theme from a film of all time:

THEME FROM "ESCAPE FROM NEW YORK"

I've always loved this theme, from when I saw the movie in the cinema back in....what was it..1981? At the time, I became aware that John Carpenter also wrote music (I was aware back then, that Carpenter was the mastermind behind Halloween and The Fog, and later my favorite The Thing)), as well as creating some of the best horror-movies around 1980, but also Escape From New York, which wasn't really a horror movie, but an action-movie, but being 15 years old, it was kind of a horror-actionmovie, I guess. Never the less, an awesome theme, here played live by the master himself.

I saw Halloween in 1978-79, and I became a fan. I didn't know at the time, that Carpenter himself wrote the theme, which probably is THE best Horror-them of all. For a few years back, I wanted it as my ring-tone, but my wife wouldn't let me, because she thought it was too scary. None of these movies are scary nowadays, but back then it was scary in a cool way. It didn't frightend me at all.

THE THEME FROM "THE EXCORSIST"

But holy shit, was I scared by The Excorsist!! I saw it in late 1980, and for years I wouldn't see any horrormovies. I had until then been a fan of hooror-movies and horror-comics like The Tomb Of Dracula, Frankenstein, Ghost Rider and Werewolf By Night (all Marvel), but The Excorsist scared me so much, that I didn't enjoy reading those magazines for some years. I don't know what it was, Probably becuase it was such a dark movie. If I want to be just a bit scared tonight, I ought to put on this movie once again. I'm probably not as scarfed, but I still have those memories.

THE THEME FROM "THE SHINING"

This was probably the first horror-movie I saw after seeing The Excorsist (nah, come to think of it, that was The Thing, which I saw in 1982, but that theme isn't very good, even though it's by Morricone). I saw it at a friends house, so I couldn't chicken out. I guess it was 1982-83?! Hearing this intro, I thought it was yet another totally evil movie, but even though it's scary, and probably my favorite scary movie of them all, I loved it, and I started seeing horromovies yet again, only not The Excorsist, until years after. This theme is probably one of the darkest themes to a horror-movie. Very cool.

I've never really been a fan of this movie, but it is probably this movie, that started it all. I don't think at that time, a movie had scared people that much. And this music also started something, I think. From then on, there should be scary themes to those movies.

A SCENE FROM "IT"

Let's end with one og my favorite scenes from one of my favorite Halloween-movies. I almost always see it around Halloween. "They float down here...the FLOOATT.."!!!!

THEME FROM "ESCAPE FROM NEW YORK" ... You'd think they woudl make scary video to go along with, but nope! This is 100% forgettable.

THEME FROM "HALLOWEEN" ... Not really a video

THE THEME FROM "THE EXCORSIST" ... Also not really a video, just a couple of pics. But Tubular Bells was a LAOTW I believe at one time, or was it a guset host post of AOTW... either way Jon posted it. Cool tune! Scariest movie Ive ever seen!

THE THEME FROM "THE SHINING" ... Its not much of a them when its isolated like that, but, cool movie!

THEME FROM PSYCHO (SHOWER SCENE) ... ah the classic horror sound! still not a video though at 1 minute its an easy listen but it makes you look around.

Yeah, I know some of them are not video's, but it was a last minute decision, and I had the theme's in my head, but then I couldn't find video's or movie-clips, so I stuck with the theme's, knowing that you would tell me, they weren't video's.

Haven't you seen the movie?

hahaha, like the theme, I've seen the movie and totally forgotten about it.  Maybe I should watch it again a few decades later and see if it sticks this time...

Not a big fan of horror movies myself.  Friday The 13th was my favorite.

EFNY - Never have seen this.  The theme isn't particularly scary, it just drones on to me.

Halloween - Now this is much, much better.  This does have a scary feel to it.  Even if you've never seen the movie.  I have seen this one, but more than likely I only watched it half-heartedly.  Frankly, it was scary to me.

The Exorcist - What is it about the piano that sounds scary as crap?  It really does though, this song and the previous one being great examples.  I remember my sister seeing this.  And one of my cousins.  I just checked Wiki to see when it was released.  1973.  I was seven.  My sister was 14 or 15.  Maybe she didn't see this until later, because I'm positive my parents would not have let her see this at that age.  Anyway, I remember my cousin telling me things that convinced me to never watch it, and to this day I never have.

The Shining - I don't remember how old I was the first time I saw The Shining.  I know it was years after it's release. These types of movies just freak me out.  Jack Nicholson is so good in this movie.  And this them shows that you can be scary without the piano.

Psycho - There's not a whole lot to this theme, but dang, it is scary.  And, like all of these, instantly recognizable.

It - Never seen this one.  Probably never will.  Clowns aren't too popular in the U.S. these days.  I guess this was scary, in a freaky sort of way.

I remember being quite scared for the first Friday The 13th.  Chucky seemed a little scary, never saw that.  I have yet to see an entire Nightmare On Elm Street movie, but I remember thinking Dream Warriors by Dokken was way cool. Wasn't there an episode of Twilight Zone that had a guy on an airplane?  When he looked out the window, it looked normal, then the next time he looked out the window there was something, human or not, out on the wing.  That scared me badly.  I saw a movie about the Abominal Snowman when I was staying over with cousins one time, scared the crap out of me.

By the way, I have re-titled your forum, in case you didn't notice.

Well, I guess, I should had been more like you, because I still regret seeing The Excorsist all those years ago. I think, my life somehow changed (to the worse) because of that movie, no kidding. I tried to watch the scariest clips from the movie on Youtube, but I had to stop, because I somehow felt unconfortable seeing it again. I guess it's the very innosence of a little girl in bed, being molestred by evil itself, that is too scary. And when I at 15 years old read, that it had actually happend in real life (yeah, right?!), it totally freaked me out.

The Twilight Zone I saw recently, with John Lithgow as the man on the plane, seeing a monster ripping the plane appart, without anybody else believing him. That kind of "horror" I love.