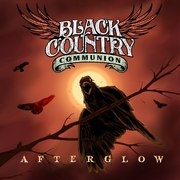 Band Biography (from Wikipedia and Amazon)

Their music have been lauded for their classic hard blues rock sound with soulful choruses.  Considerable attention was given to bandmembers' musical expertise and artistic integrity.

Glenn Hughes has stated that he and Bonamassa had been working together for over a year when they both performed at the "Guitar Center: King of the Blues" -event in Los Angeles in November 2009 and decided to record together.  Producer Kevin Shirley suggested the group work with John Bonham's son, Jason Bonham.  Bonamassa did not want the band to be a power trio, so he and the others decided to add former Dream Theater keyboardist, Derek Sherinian, to the lineup on the recommendation of Kevin Shirley.

The band began having sessions at Shangri La Studios in Malibu, CA.  According to Bonham the group were recording as early as January 2010. He claims, "I just literally went into the studio last week for two days with one person I'd done an album with before, very quickly, and then the other was a friend of my father's I got to meet later on, Joe Bonamassa and Glenn Hughes, and we're working on a new project with a working title of Black Country."  The group took the name "Black Country" from the English industrial area where both Hughes and Bonham hail from, but were forced to change their name to "Black Country Communion" after another band with the same name threatened legal action.

The band released their first album, Black Country, on September 20, 2010, to largely positive reception. On the same day they showcased tracks from the album to a small, invite-only audience at John Henry's Ltd in London.  This was their first ever live performance. They finished the year with sold out shows at the Civic Hall in Wolverhampton and London's Shepherd's Bush Empire just after Christmas.

On March 18, 2011, it was revealed that the band's second album, simply titled 2, would be released on June 14, 2011.  Hughes said that the release of the album would coincide with the band's summer 2011 tour, and that the first batch of songs for the album were already recorded.

On June 8, 2011, the band released the music video for the first single off the new album, "Man in the Middle". The video was directed by Davin Maske and features studio footage of the band intercut with Hughes driving around L.A. in a cherry red 1965 Ford Thunderbird.

On August 31, 2011, BCC released a trailer for an upcoming live DVD and Blu-ray. Titled Live Over Europe, the DVD and the Blu-ray was released on October 24.

In early January 2012 it was reported that the band would start recording their third album in June, with a release planned late in the year; speaking about the direction of the album, Hughes explained that "It's kind of a continuation. There's gonna be some darker stuff on there, because the lyrics I'm writing are kind of dark. There may be some moments of drama in there, I like drama in the music. So the songs I have ready are definitely a continuation of [the first and the second albums]."  On June 18, 2012 the band's official Facebook page posted a photograph of the band and their producer Kevin Shirley outside a recording studio. The caption confirmed the band had finished recording their third album.  Writing on Twitter, Hughes has revealed a worldwide release date of October 30, 2012 for the album.   An official trailer for the album, revealing its title as Afterglow, was released on August 24, 2012.  The track listing was revealed six days later.

Glenn Hughes hinted in an interview that Afterglow may be the band's final album before dissolving, though he later denied that the band were splitting up.

‘The Voice Of Rock’ is a true original. No other rock musician has carved such a distinctive style blending the finest elements of hard rock, soul and funk. That astonishing voice is Hughes' calling card. He's known as a singer's singer, with 80+ gold and platinum albums and collective sales of over 100 million units to his name. Glenn has been at the forefront of the music scene since first achieving success in 1970 with his band Trapeze, before going on to worldwide recognition in 1973 when he joined one of the most popular bands in the world, Deep Purple. Hughes’ R&B-infused bass lines and explosive vocal range blazed throughout the band’s hugely successful world tours and albums, including their classic 1974 release, Burn.
Following Deep Purple’s split in 1976, Hughes made countless guest appearances as a vocalist, bass guitarist and songwriter on other artists’ albums, including Black Sabbath’s Seventh Star.
Since 1992, Hughes has toured extensively in Europe, Asia and South America in support of solo albums, including the acclaimed Soul Mover and his most recent release, First Underground Nuclear Kitchen, both featuring Red Hot Chili Peppers drummer Chad Smith.

Joe Bonamassa:
Part prodigy, part virtuoso, (the rest being mercilessly honed guitar skills and tireless work ethic) Joe Bonamassa has been building his reputation as one of the world’s greatest guitar players since his career started, at age 12, performing with B.B. King.

Heavily influenced by British and Irish rock legends like Eric Clapton, Jeff Beck and Rory Gallagher, Bonamassa went on to tour and perform with artists including Buddy Guy, Foreigner, Bad Company, Joe Cocker and Gregg Allman before beginning his recording career in the early ‘90s with Bloodline, a hard-charging rock-blues band with the sons of Robby Kreiger (The Doors), Miles Davis and Berry Oakley (The Allman Brothers Band). Going solo as a singer/songwriter, Bonamassa recorded his critically acclaimed debut album, A New Day Yesterday, with legendary producer Tom Dowd.

Barley into his 30s with twenty years of experience in the music business and recorded a total of ten albums on his own independent label J&R Adventures (six of which debuted at #1 on the Billboard’s Blues Chart), Bonamassa sold out London’s prestigious Royal Albert Hall in less than a week in 2009 for a stunning performance filmed for the DVD Joe Bonamassa: Live From Royal Albert Hall, featuring a guest appearance by Eric Clapton. “Always on the road,” Bonamassa performs his transformational live act at more than 200 concerts around the world each year including touring during 2010 in support of his most recent release, the Billboard blues #1(and #39 on the Top 200 Chart) album Black Rock, and plans to reunite with Eric Clapton for the Crossroads Guitar Festival in Chicago.

Jason Bonham:
The legacy of Led Zeppelin lives on in Jason Bonham, British drummer and son of Zep’s legendary John Bonham. Inheriting the best of his father’s skills while mastering his own distinctive and dynamic technique, Bonham blasted onto the world stage at age 17 with the band Air Race, opening for huge draws like Queen, Meat Loaf and AC/DC. In 1988, Bonham took his father’s spot in the televised, first-ever Led Zeppelin reunion at the Atlantic Records 40th Anniversary Concert. Later that year, Bonham toured with Jimmy Page and recorded his album, Outrider.

Earning a gold record on the track “Wait for You” from his solo album The Disregard of Timekeeping, Bonham went on to team up with Paul Rodgers, Slash, David Gilmore and Jeff Beck to record the Grammy-nominated album, Tribute to Muddy Waters.

Bonham has made a career of stunning audiences around the world, touring with The Healing Sixes and Foreigner and rejoining his late father’s band members for the most anticipated concert of all time, 2007’s Led Zeppelin reunion at London’s O2 Arena. In 2006, Bonham recorded the year’s top billboard blues album, You and Me with Joe Bonamassa.

Derek Sherinian:
A versatile keyboardist who mixes technical proficiency with distinctively raw power, Derek Sherinian has toured and recorded with some of the biggest names in rock. Sherinian got his big break in 1989, touring with legendary shock-rocker Alice Cooper in support of the multi-platinum albums Trash and Hey Stoopid.

I'm really excited about BCC's third studio release, due October 30th.  So I'm starting a thread for anything relating to Afterglow.  Here are the first two webisodes that the band have released: Continue

You need to be a member of BLACK COUNTRY COMMUNION to add comments!

My recommendation...get somebody that has been in Whitesnake.  There should be several available.

JOE BONAMASSA On BLACK COUNTRY COMMUNION - "As Far As I’m Concerned, My Involvement Is Pretty Much Done"

Speaking to Corbin Reiff from Premierguitar.com, Bonamassa was asked about the status of the band:

"As far as I’m concerned, my involvement is pretty much done, and I’ll tell you why: Originally, I did it for the same reasons I did the stuff with Beth Hart and ROCK CANDY FUNK PARTY - it was an excuse to play a different kind of music that I don’t get to play normally.

The first two records were a blast - the band is fantastic when the Ritalin kicks in, the ADD goes away, and everyone’s focused. It’s a devastatingly good rock band of the early-1970s type, and Glenn is a fantastic singer—just one of the best ever. So I did it and did a nine-week tour in 2011 that really, by the end of it, wasn’t fun for me. It wasn’t because I didn’t like the cats in the band, but it was just too much—too much involved in getting people from place to place and getting the band onstage. Everybody seemed to be very tense, and it made my crew very tense, and it’s not the way I like to tour. I run a family—I have 21 people who go on the road with me all the time, and if you asked them who was the cause of the least of their problems, they would say me. Unless there was no Diet Coke—then it’s a huge [expletive] problem, and either I’m going to the supermarket or somebody else is [laughs].

But it just wasn’t fun for me anymore. All the stuff that Glenn says in the media, essentially pinning it on me—that I was the reason for the band’s lack of touring and the band’s lack of future. It became rapidly not fun at all. It would be dishonest of me to get onstage and pretend like I’m having fun to please the band. I’m just not the guitar player for that band, but unfortunately there doesn’t seem to be any out-of-work guitar players in L.A. that they can get. There are so many guys that can fill that role and I would be the first guy to queue up and buy a ticket. So that’s my story with it. I’m happily not involved anymore, but I’m happy with the legacy that I left with that band and happy with the records we made. It was a great three years for me."