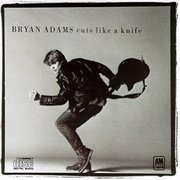 Bryan Adams negotiated the shifting tides of the '80s so well that it never seemed like he was changing his music to fit the times. A veteran of the '70s studio arena rock game, Adams struck out on his own in the early '80s, turning into a star in his native Canada and making headway with his 1983 album, Cuts Like a Knife.

All of this was a prelude to Reckless, the 1984 album that turned him into an international superstar, selling by the truckloads in North America, Europe, and Asia thanks to the hits "Run to You," "Heaven," and "Summer of '69." From that point on, Adams was the most unassuming of rock stars, riding high on the charts and selling out arenas, even breaking Billboard records with his power ballad "Everything I Do (I Do It for You)," but never quite dominating the public imagination (or earning the critical respect) as such peers as Bruce Springsteen and John Mellencamp. Nevertheless, Adams remained a formidable presence on the American charts into the mid-'90s, and while the popularity of his new records started to slip after that, he retained his audience in Canada and the U.K. and his '80s hits remained radio staples as he began a career as a photographer.

The son of an English diplomat, Bryan Adams was born in Kingston, Ontario, Canada, in 1959 and spent much of his childhood traveling Europe. His family set down roots in North Vancouver, British Columbia, in 1973, around which time he began seriously pursuing music, quickly getting into the thick of Vancouver's scene. Adams quit school and wound up as a replacement for Nick Gilder in the glam rock band Sweeney Todd, singing lead on the band's second album, If Wishes Were Horses..., when he was just 15. Not long after its 1977 release, Adams left the group and began his long, fruitful collaboration with Jim Vallance, then currently the drummer of Prism but looking to move into songwriting. The pair clicked and they soon assembled a demo tape for Adams, a tape that earned the singer a contract with A&M Records in 1978. Two years later, Adams' eponymous debut appeared in Canada, where it did respectably. A year later, his second album, the Bob Clearmountain-produced You Want It, You Got It, started to get Adams some play on album rock radio stations, a development that led to Adams and Vallance co-writing two songs with Gene Simmons for Kiss' 1982 LP, Creatures of the Night.

Things started to break wide open for Adams in 1983 thanks to Cuts Like a Knife, an album that had a big, powerful album rock sound and the pop hooks that would later turn him into a star. The former could be heard on the singles "Cuts Like a Knife" and "This Time," while the latter was in bloom on the ballad "Straight from the Heart," the song that became Adams' first American Top Ten hit. It all paved the way for Reckless, the 1984 album that turned Adams into a superstar. Reckless had the right songs -- particularly the brooding minor-key "Run to You," the skyscraping power ballad "Heaven," and the nostalgic heartland rocker "Summer of '69," but also the Tina Turner duet "It's Only Love," "Somebody," and "One Night Love Affair," all released as singles, meaning that over half the album was released as singles in true Thriller fashion -- at the right time, all given videos that earned heavy rotation on MTV.

As Adams supported the album with an international tour that lasted nearly two years, he surfaced in other ways: opening the American concert in Live Aid; co-writing Canada's Ethiopian famine relief charity single "Tears Are Not Enough"; and working steadily with Vallance on tunes for a number of other artists, including Loverboy, Roger Daltrey, Neil Diamond, Bonnie Raitt, and Glass Tiger, whose Adams/Vallance-written song "Don't Forget Me (When I'm Gone)" featured Adams on backing vocals.

Adams succeeded Reckless in 1987 with Into the Fire, a bigger streamlined record that ironically didn't produce a huge hit; "Heat of the Night" and "Hearts on Fire" reached the Top Ten, but they didn't cut into public consciousness the way the singles from its predecessor did, and the album plateaued at platinum. In the wake of this lukewarm reception, Adams parted ways with Vallance -- their last notable collaboration was Joe Cocker's 1989 hit "When the Night Comes," co-written with Diane Warren -- and teamed with producer Robert John "Mutt" Lange, who had recently helmed Def Leppard's 1987 blockbuster Hysteria, for his next album, Waking Up the Neighbours. In spite of its rabble-rousing title, Waking Up the Neighbours wasn't a big rock & roll album, something its smash hit "Everything I Do (I Do It for You)" made plain. Written as the theme for the Kevin Costner film Robin Hood: Prince of Thieves, the power ballad -- co-written by Adams, Lange, and the film's composer, Michael Kamen -- was Adams' biggest hit, spending seven weeks at the top of the U.S. Billboard charts, an impressive stretch overshadowed only by its astonishing 16-week run at the top of the British charts, a feat that smashed all U.K. records. In the wake of this remarkable success, Waking Up the Neighbours appeared in September 1991, soon turning into Adams' second-biggest hit album, spawning the Top Ten hit "Can't Stop This Thing We Started" in addition to three other singles, "There Will Never Be Another Tonight," "Do I Have to Say the Words," and "Thought I'd Died and Gone to Heaven." For as successful as the album was in America, it performed better in Europe, beginning a pattern that would only increase over the course of the '90s.

Upon the conclusion of the two-year supporting tour for Waking Up the Neighbours, Adams released his first hits collection, So Far So Good, in time for the 1993 Christmas season; its new song, a power ballad called "Please Forgive Me," was another Top Ten hit. Not on the album was "All for Love," a song Adams co-wrote with Lange and Kamen and sang with Rod Stewart and Sting for the film The Three Musketeers; like "Everything I Do (I Do It for You)" before it, the song turned into a massive international hit, topping the U.S. charts in early 1994. As Adams worked on his next album with Lange, "Have You Ever Really Loved a Woman" -- another Adams/Lange/Kamen movie tie-in power ballad, this time from the Marlon Brando/Johnny Depp romantic comedy Don Juan DeMarco -- went to number one in the U.S. during the summer of 1995. His next album, 18 Til I Die, finally appeared in the summer of 1996, and while it performed very well in England, Canada, and Europe, thanks to the singles "The Only Thing That Looks Good on Me Is You" and "Let's Make a Night to Remember," it stalled in the U.S., failing to reach the Top Ten even though it did manage to go platinum. Toward the end of his tour for the album, Adams performed on MTV's Unplugged in September 1997, releasing an album of the occasion in December.

Adams parted ways with Mutt Lange for 1998's On a Day Like Today. The decision turned out to be somewhat ironic, as the album was his hardest-rocking effort in years, something that would seem to have fit Lange's specialty. The record continued Adams' downward trend in the U.S., peaking at a mere 102, but performed respectably in the U.K., thanks in part to his duet with the Spice Girls' Melanie C on "When You're Gone." Another hits compilation, The Best of Me, appeared internationally in 1999, and Adams spent the first years of the new millennium rather quietly, working steadily as a photographer and landing spreads in such major publications as Vanity Fair and Esquire. He published his first collection of photos, Made in Canada, in 1999, followed by Haven in 2000. Another collection, American Women, appeared in 2005.

Musically, he resurfaced on Chicane's 2000 dance hit "Don't Give Up" and collaborated with Hans Zimmer for the score to the 2002 animated feature Spirit: Stallion of the Cimarron; from that soundtrack, Adams had a minor adult contemporary hit in "Here I Am." Adams finally released Room Service, his first new album of the decade, in 2005; it, like its predecessor, didn't have much an impact in the U.S. but did fine overseas. A double-disc hits collection called Anthology also appeared that year, peaking at number 65 in Billboard. In 2006, Adams received a Golden Globe nomination for "Never Gonna Break My Faith," the song he wrote -- and Mary J. Blige and Aretha Franklin performed -- for Emilio Estevez's film Bobby. Two years later, he released his 11th album, aptly titled 11, which initially appeared in the U.S. under an exclusive license with Wal-Mart. It was his best-charting studio album in America since 1996, peaking at number 80, and it paved the way for another North American tour, this one featuring stripped-down, acoustic renditions of Adams' biggest hits. The shows stretched into 2010, during which time Adams continued to make additional headlines for his work as a celebrity photographer. Later that year, he released Bare Bones, a live album taken from his acoustic tour.

You need to be a member of BRYAN ADAMS to add comments!

I know this won't have much appeal here at CRB, but I thought I'd share it anyway.  It's a song written and performed by Bryan Adams and Gretchen Peters, set to appear on the new Gretchen Peters "The Essential Gretchen Peters".  Peters is an Americana artists who happened to put out a very good album in 2015 (it was my number 2 Americana/country album).