Shinedown is an American rock band from Jacksonville, Florida, formed in 2001. 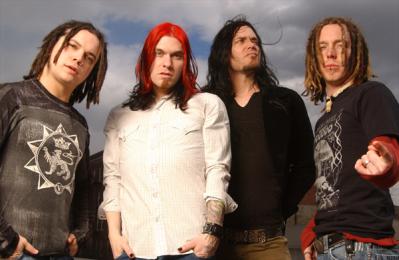 In May 2004, Brad Stewart shed significant light on the formation of the band during an interview with Metal-Rules.com:

The band started with Brent Smith, our lead singer. He had a development deal with a different band on Atlantic and the label decided to move forward with Brent and not with the rest of his band. They allowed him to write with other people, develop his songwriting craft, and find the musicians that he wanted to work with. This led him to Jacksonville where he met Brad, the bass player, through a mutual friend of Brent’s A&R guy, local Jacksonville producer Pete Thornton. The two hit it off and guitarist Jasin Todd would join the band next.Jasin was in another band and wanted to concentrate on his guitar playing and didn’t want to sing and play any more in his other band. Jasin’s fiancé owned the studio where Brad and Brent were making the demos and Jasin got the chance to play with us. We just fit together. His attitude, style, and personality were exactly what we were looking for. Barry was our lucky #7 drummer. The 7th drummer we tried out. He blew us away. He was confident, powerful and had mad chops. We finally had a working band. We continued to make demos in Jacksonville and Orlando and Atlantic gave the green light to record our record. This was about 3 years ago. 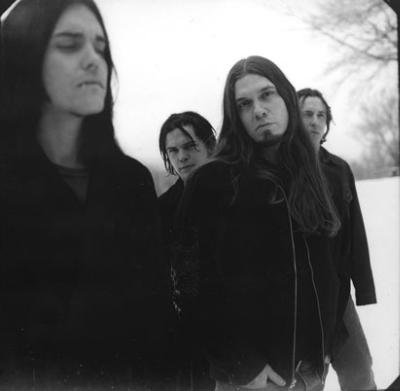 Leave a Whisper was the band's debut album, released in July 2003. It featured successful tracks such as "Fly From the Inside", "Burning Bright", the emotionally-charged "45" and the popular cover of the Lynyrd Skynyrd classic "Simple Man". The acoustic cover jolted the band to popularity, and was later made a tribute to the late Dimebag Darrell during concert performances.

In 2004 the band released a live DVD of the album entitled Live From the Inside which also contained a documentary. The recording featured the final concert of the LAW touring schedule. Us and Them (2005–2007)
After the hugely successful Leave a Whisper and accompanying tour, the band went back into the studio in 2005 to record their second album. On October 4, 2005, the band released Us and Them, which went on to produce three singles; "Save Me", "I Dare You", and "Heroes". The lead single, "Save Me", maintained the #1 position of the Active Rock Charts for twelve weeks straight, setting a record for the band. The two other singles had similar success - "I Dare You" was notably performed on American Idol by Chris Daughtry. Us and Them was certified Gold by the RIAA in November 2006.

The album has three versions for release; the regular thirteen-track version, a limited edition with three bonus acoustic tracks, and a store-specific version with two bonus tracks: "Break" and "Carried Away". After the album's release the band took part in 2006's SnoCore Tour with Seether, Flyleaf, and Halestorm. After that the band joined Trapt for the Equinox Tour. The band then proceeded to play their first overseas concert at the London Astoria on June 6, 2006, supporting Alter Bridge. In the summer of 2006, the band then opened for Godsmack and Rob Zombie on their tour of North America, effectively ending their rigorous touring schedule. 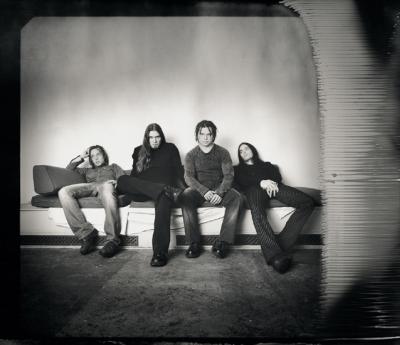 On December 12, 2006, Shinedown played a concert in Knoxville, Tennessee at The Tennessee Theatre which was filmed for a DVD the band was expected release later in 2007. However, after a show in Waukesha, WI on July 21, 2007, the band made it known that the DVD was scrapped by Atlantic Records. "We don't want to put anything out if the band is gonna be presented in the wrong way," Smith said. "I might be able to bootleg it later on ... but as of now I don't see it coming out." In late 2007 after taking some time off, the band returned to studio to record a new album.

The band began recording their new album in Los Angeles on September 20, 2007. Their first single, "Devour", was released on May 6, 2008, and has proven a successful single, with it becoming their second #1 on the active rock chart. "Devour" was also the theme song for the WWE pay-per-view Night of Champions 2008, as well as part of the sound track to the 2009 film, The Final Destination. It can also be found on the soundtrack from Madden NFL 09. The video for the song was released on June 25, 2008.

Sound of Madness was also used as a song for WWE Wrestlemania 25 review aired on NBC on August 30,2009 for the Shawn Michaels/The Undertaker match. On June 17, 2008, the album in its entirety was put up on their MySpace page for listening. Shinedown's third album, The Sound of Madness, was released on , 2008. The Sound of Madness is based on 13 songs Smith submitted plus a bonus song - "Son of Sam"- that were written in the studio during the recording process. The band played various festivals across North America before embarking on a tour in support of the new album. Shinedown's "Second Chance", the second single off of The Sound of Madness, is Shinedown's biggest hit to date, being their first top 10 song on the Billboard Hot 100, currently at #7, its peak during its duration on the chart. On April 11, 2008, lead singer Brent Smith announced that Jasin Todd was no longer a member of the band, saying "at this time, he's no longer with us in Shinedown." In the liner notes of The Sound of Madness, Smith says that he loves Todd and considers him the "brother never had". Since parting ways with Shinedown, Todd has remained out of the public eye. Although rumours briefly surfaced that he had joined Soil (the band promptly denied this), there is no confirmed news as to what he will do next.
Regarding the album, Smith was quoted in an interview with Billboard.com as saying; "It's time to just go over the top, literally go above and beyond what a human being thinks they're capable of recording. We want to do a huge hard rock record that has a lot of crossover potential, but also some of the most insanely intense and heavy material that this band has ever tried — and see if we can pull it off." Smith noted that the group had more than forty songs to consider after writing sessions in Atlanta, Nashville and Los Angeles, but this was narrowed down to eleven songs for the standard album, and 14 songs for the deluxe edition.
In the fall of 2008 Shinedown embarked on their biggest tour of Europe at the time, supporting Disturbed in a number of countries. On December 18, 2008 it was announced via the band's website that lead guitarist Nick Perri would leave the band after that night's show after less than a year with the group. Statements released from Smith and Perri both cited personal reasons as the main factors in Perri's departure, with Perri's statement highlighting that his decision had "nothing to do with the band". Zach Myers was announced by Smith to be taking over Perri's lead guitarist position.
In January 2009 the band embarked on a European tour, supported by Brighton rock four-piece The Crave. This was their first headlining tour of Europe, brought around in part by their supporting of Disturbed through Europe the previous fall.

On July 1, 2009, Shinedown began the "Stimulate This" tour with Staind. Also, the tour featured Chevelle and Halestorm at the Peoria Civic Center in Peoria, Illinois.

On May 5, 2009, a Shinedown concert was filmed for MTV2, it is due to be premiered on MTV2 some time in late August. The show was shot at The Tabernacle in Atlanta, Georgia. Halestorm and Number One Contender opened the show.

Shinedown played at the Download Festival, held at Donington Park in the UK, in 2009. During an interview with Kerrang at the festival, Brent Smith stated that they plan to play new material when they return in late 2009.

Shinedown is re-releasing their albums, "Leave A Whisper" and "Us and Them" as Deluxe Editions. The albums will only be available digitally. Between the two albums, the band will release 25 unreleased tracks, seven of which were never before heard. The deluxe editions are scheduled for a July 7, 2009 release.

Shinedown co-headlined the highly anticipated Stimulate This! Tour with Staind. The tour kicked off July 1 and will run through the end of August. Other acts include Chevelle, Halestorm, and Lo-Pro. Prices for everything involved (tickets, parking, merchandise etc) have been reduced where possible in a conscious effort by the bands involved to give the consumers the best value possible for their money.

Shinedown will kick off their fall 2009 headline tour in Baltimore, MD on September 10, 2009. They will perform at the Baltimore Ravens kickoff party. The show is free and will also include, Tantric, Cavo, Halestorm and Egypt Central. The remainder of the Headline tour will be supported by Sick Puppies, Adelitas Way, and Cavo.

A short European tour will get underway on the 4th of November in England and will finish in Luxembourg on the 20th of November. Support for all of these gigs will be from Soil (band) and Counterpoint.

Shinedown have also been confirmed to be playing at the Soundwave (Australian music festival) 2010 festival in Australia.

You need to be a member of SHINEDOWN to add comments!

https://youtu.be/rgFQ6WmxdMs love this song it more than speaks for itself totally class!