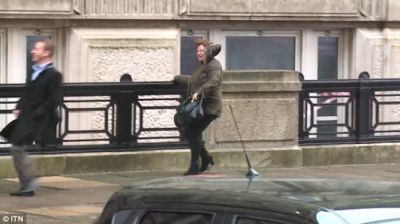 I am going to go inside, shut the door and stop Riding The Wind!
This is the Finale to this Short Series, with some Big Name Players in here!
It may not be apparent from the Nice Guy I appear to be on the Show, but I am a Contrarian, a Rebel, a Major Pain In The Ass, lol!
So much so that if the Wind were blowing At Me I'd run Against it just to annoy it!
Included in this Last Chapter I'll have a British Invasion Cover of a Song I already played, a Song from an Album that marked a Turning Point for a Great Group, even a Song with Biblical References To Mortality.
And for the Final Word, maybe the most obvious Song I haven't yet played.
Give a listen, you should know ALL these!

Here are the links to Windy Songs You'll Know, at Mike Pell Rockollections:

Jon,
My girl said the same thing, lol!
But if you look the word up in Merriam Webster, you will find that the FIRST definition makes my use perfectly correct!
You are obviously thinking of rednecks a la Deliverance, which is the next and lesser definition.
I KNOW my words!
Nice to give you and the squeeze a verbal/written smackdown, LOL!
Thanks for the listen,
Mike