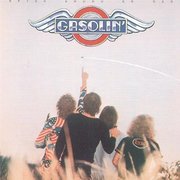 Often referred to as Denmark's answer to the Beatles, Danish rock band Gasolin' are widely regarded as the nation's most popular band to date. Established in 1969 by Kim Larsen, Franz Beckerlee, and Wili Jonsson. 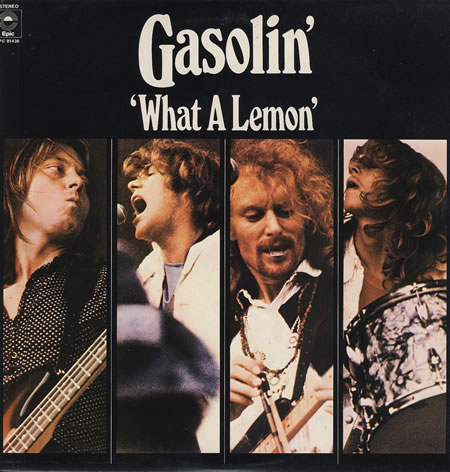 Gasolin' was a Danish rock band from Christianshavn in Copenhagen formed by Kim Larsen, Franz Beckerlee and Wili Jønsson in 1969. Their first drummer was the late Bjørn Uglebjerg. He was replaced by Søren Berlev in 1971. At the formation the guitar playing of Franz Beckerlee was inspired by Jimi Hendrix and the singing and lyrics of Larsen was inspired by Bob Dylan, while the rhythm playing of Jønsson and Berlev owed much to The Beatles. However, they would soon develop their own musical style. The pop sensibility of Kim Larsen, the artistic attitude of Franz Beckerlee and the musical competence of Wili Jønsson would prove to be a recipe for success. Gasolin's lyrics were generally written by the entire group, often with the assistance of friend Mogens Mogensen.

In 1970 Gasolin' released their first single "Silky Sally." It was followed by "Child of Institution" and "Johnny The Jackpot." These three singles were sung in English and flopped. Their debut album and all subsequent albums had Danish lyrics and were a success. Although they would occasionally still sing in English, Danish proved to be the language where they could express themselves most eloquently and this was acknowledged by the Danish audience and critics.

From 1972 to 1978, Gasolin' was the most popular rock band in Denmark. With producer Roy Thomas Baker, they released classics such as Gasolin' 3, Gas 5 and Efter endnu en dag. Their albums sound as fresh and innovative now as they did then. In that respect Gasolin' may be considered as the Danish Beatles. Each album was a landmark and like The Beatles, they broke up at the pinnacle of their success. The reasons for the split-up was the failure to break the international market and personal differences.
After the demise, Kim Larsen would go on to become a very successful solo artist. His album from 1983, Midt om Natten, is the best-selling album in Denmark ever. Wili Jønsson and Søren Berlev would go on playing music as session musicians and in various bands. Franz Beckerlee works as an artist, but occasionally he played with Søren Berlev in Christianhavns Bluesband and in 1979 he released No Kiddin.
Kim Larsen in 1973:
In 1991, the CD compilation Rabalderstræde Forever became a hit as was the box set from 2003 The Black Box. In 2006, a movie called Gasolin' 4-ever directed by Anders Østergaard became the most popular documentary movie in Denmark ever. Despite this, Gasolin' have always refused to reunite.
Lars Ulrich is also a Gasolin'-fan:

You need to be a member of Gasolin' to add comments!

Comment by Niels (Mod) on August 3, 2010 at 9:39am
I've added a few of their songs. Some of them in english. Try to listen to "This is my life". That's pretty good, I think. "Sct. Emitri" though in danish, is very good too. My favorite is "Efter endnu en dag" but then you'll have to "listen" to the video.
BTW their producer Roy Thomas Baker was also Queen's producer on fx. "A night at the opera" in case you did'nt know that.

Comment by Niels (Mod) on August 3, 2010 at 4:33am
The Metallica-drummer, Lars Ulrich is born in Denmark, and is about my age. I know, that he is a big Gasolin'-fan, and that he came in the same record-shop in Copenhagen at about the same time as me (1977-), buying Heavy Rock-records. I kinda knew a guy, that worked in that shop, and Lars Ulrich stayed sometimes in his appartment, when Metallica was recording their first records in Denmark. The same guy was manager for Pretty Maids for a short periode.

Comment by RJhog (Admin) on August 2, 2010 at 4:12pm
Honestly, never heard of this band. But that doesn't stop me from giving them a try.

Comment by Niels (Mod) on August 2, 2010 at 3:43pm
Hahaha, great that you would join, Scott. I was sure, I was going to be alone around here. Sure, they are ugly, especially the cross-eyed half-sweede Willie Jönson on bass, but the singer and song-writer Kim Larsen has got some charisma, I think, but maybe you have got to be a dane, to see that?!

Comment by Scott on August 2, 2010 at 1:58pm
So culturally different, even for the era. It is very interesting to watch and listen.

If you were to take a poll of the ugliest Rock band ever, these guys would have to be in the running, but I think the Stones would still win... (hahaha)