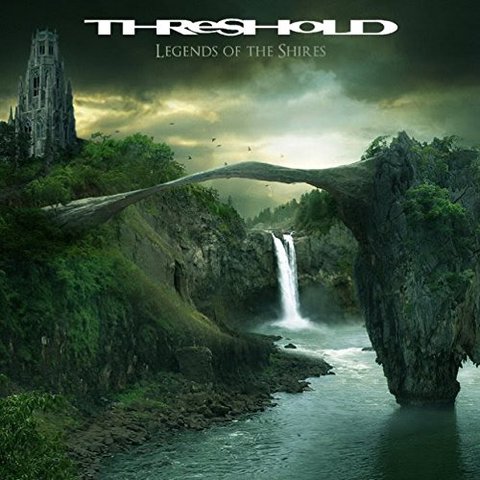 2. Steven Wilson - To The Bone 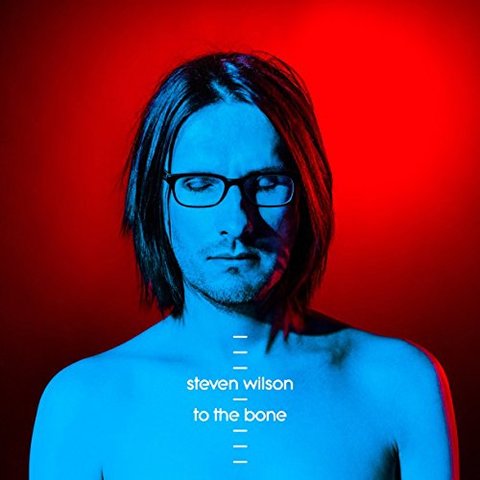 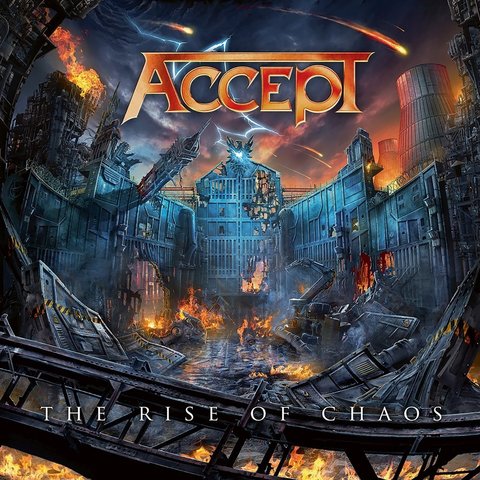 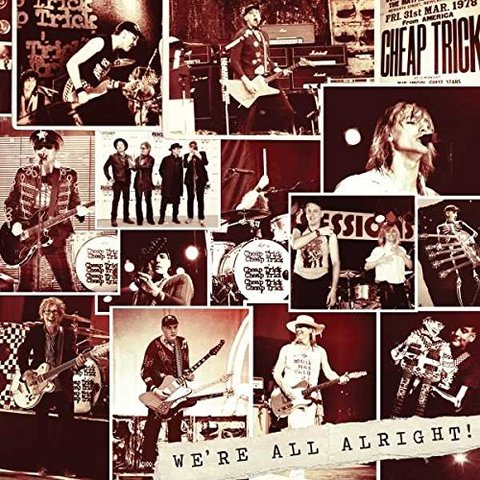 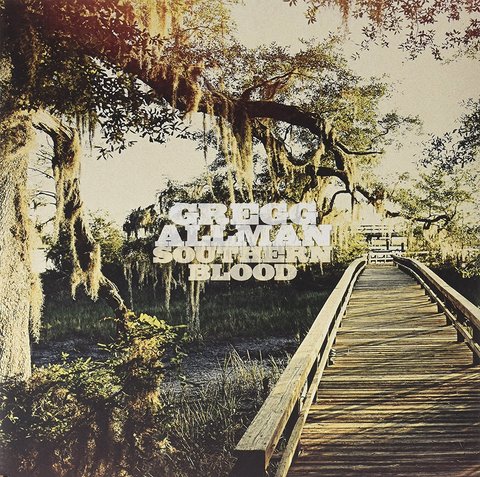 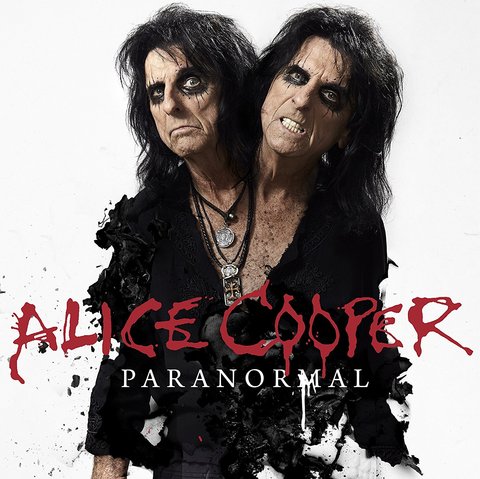 2. Threshold - Legends of the Shires

Definitely the strongest album of the year. Not one weak song on this double-album. Not exactly Prog imo, only if you find Operation Mindcrime to be Prog, then this is Prog as well.

Not as great as "The Theory Of Everything", but it's a grower. Some of the many singers on the album kind of annoy me, though.

3. The Von Hertzen Brothers - War Is Over

For me, the last "important" album of the year, and therefore still pretty fresh. Maybe it is a bit too high on my list, but for me it definitely is the best VHB-album, and I'm not done listening to it.

4. Steven Wilson - To The Bone

A dissapointment, not as big as the EP from last year, but I had expected much more from a man who's last two albums are among the very best the last 20 years.

This is not at all Classic Rock, but I don't care what style it is, if I like, what I hear. This is back to form for LCD.

I'm surprised, how much I like this album, since it's been 15 years or so, since I last "concentrated" on a Beck-album. A very short, but enjoyable album.

Maybe it's me, but I tend to find Anathema a bit boring these days. This album IS better than their last one, and therefore it deserves a place on my list. But only because there wasn't released that many great albums in 2017.

Well, again we're on the boring side of music, but I do like the way Plant has taken with his last couple of albums. You have to be in a special mood to listen, though. I for one, would love for Plant to keep up the good work, and stay away from a LZ-reunion.

This is a hit and miss-album. Probably the best produced album of the year, with the best sounding guitars. But the songs are not that strong, only a couple of them.

If it wasn't for the last 3 songs on the "deluxe-version" of the album, this had no place on my list. Those 3 songs are better than anything CT have released for quite a while, especially "If You Still Want My Love". Seeing that title before hearing the song, I almost laughed. I don't laugh now, since imo it's the best CT-song since 1988.

I'm little bit surprised Niels that "KAIPA - Children Of The Sounds" didn't make your list. I was sure if it shows up here, it would be on your list. Have you heard it?

And one of these listed albums is probably one of the most disappointing albums of the year for me.

I'll post my two versions of my Top 10 soon.

Probably could've went with any of 5 or 6 albums at #10 but stuck Seger in there as his seemed to be getting more of my attention.  I still haven't bought into the Styx album, it doesn't work for me.

Nice respect for Threshold considering you don't even know the title of their album.

I totally know it...  see, what happened was, when I was finalizing my list, my wife asked me a question and when I turned my head ever-so-slightly to hear what she was asking and my finger must've moved just a tad because the O and I are right next to each other in the QWERTY layout, and since its technically a correct spelling of a different word, spell check didn't catch it either.  But thanks to you for catching it, as this happens very very rarely to me so I like to make sure when it does that it gets called out - publically - so that I can correct it going forward.  I've informed my wife that she is not to disturb me when typing anymore.  That'll fix this! 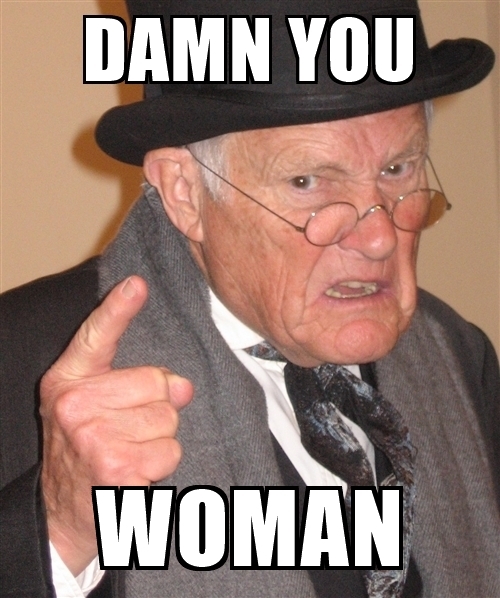 One you should be familiar with, via my reviews. No!? Well... here is the link, anyway.

After Victor Smolski left Rage, I was expecting a full blown Symphonic Metal album from his new band. With their second album they are working hard to establish themselves as a Power Metal act, where Victor only steps forward to deliver some tasty guitar solos, but mostly it's the show of their 3 vocalists. The female voice, Jeannette Marchewka, is unknown to me, but her Male counterparts are renown in the world of HM. Andy B. Franck is from Brainstorm and David Readman is of Pink Cream 69's fame. Based on this, one might jump into conclusions that this is Epic Metal. However, that ain't the case, either. At least not in the over the top way it isn't. What never ceases to amazes me is how Smolski, after so many years of delivering some of the most imaginative guitar solos, still has few tricks left in his bag.

If you gonna pick up only one Prog Rock album from 2017, this should be it.

7. MARTINA EDOFF - We Will Align

In the world where norms are set to slowly, but surely suck out all the fun from individual voices, Martina's vocal talent is the beacon of light. Backed by some of the greatest hired guns in the biz, plus a producer who cares, she provides powerful vocals to the music she helps create, that is as tight as Mick Jagger's ass in a trouser of a leather kind.

Relentless Metal. Outstanding song quality and power. These guys bulldozered anything bearing the stamp of "Metal", this year. Got the Japanese version of the CD, and to my huge surprise the Bonus Track was a mind blowing, twin-guitar attack, Instrumental. Nice.

This is the part of the band that got to keep the moniker after they parted ways with the guitarist. Had no idea what to expect from them, as I wasn't familiar with each band members previous contribution to the overall sound. In hindsight, the catchiness of their songs remains the same. If anything, with shorter lengths they got even more Radio friendly, if you can believe that. The one change I noticed, was that these new songs don't provide the wide platform for Noora to display her fantastic vocal range. That being said, she did do a phenomenal job. I was afraid the Melodic Metal scene had lost their best hope, but it turns out the separation gave us, not One, but Two great acts to look forward to. Is it too much to ask for the third one, where Anton AND Noora play together in a band called, Beast In Black Battle?

The keyboards were recorded in the studios of ABBA. Maybe because of that fact or perhaps because Capri's voice reminds me more of Agnetha and Frida's than Tarja's, this album sounds like something ABBA would do, if they were Symphonic Metal band. When opera vocal theatrics are pushing me away from the genre, Capri's sweet voice is music to my ears. Songs like, "Sky Is Falling" and "Maybe" are full of ABBA goodness.

After last years disappointingly long string of useless big-name-match-up releases by Frontiers, I decided  to implement some measures to control my spending's. This is what I figured out: All those new pairings of famous artists on company initiatives are, worthless. None of them live up to the hype. They mostly perform songs written by who know who, and crapy ones at that, too. The original Artists/Bands do tend to fare little bit better (like Mr. Big), but one should proceed with caution, even in those cases. AND I'm only buying their CDs if my preliminary listening may suggest the release could end up to be 10/10. Honestly, I thought they have no chance to win me over, but JONO did pull it off, with flying colors. A great act (or should I rather say an Artist) who defies all categorizations, did stay true to his previous material. I can hear little bit of Queen in their music, but perhaps only because it's majestic.

What can I say about this album, that you haven't read in my review, yet? (Oh wait, I forgot. You didn't read my review! And how do I know that? Well, out of those 17 hits the page currently accumulated, only 17 clicks are mine. That's how.) Geez, talk about waste of precious time and effort. Anyway, if you want to know more about the album, follow the link... or don't. Either way, it's the last time I did something foolish like this.

It's quite unfortunate when a musician is left without a band, but being thrown out from the band he created is even worst. When Antone Kabanen, was asked to leave Battle Beast he gathered few skilled musicians to accompany him on his new journey. He wasn't looking for people with big names to stick it in his fedora, but rather musicians with whom he can deliver his visions. It's safe to say that his composing formula was what made the old Battle Beast tick, because the runway to reach those four octaves is once again here. Papadopoulos does not sound this good in his other band (Wardrum), even if he does sounds a bit like a woman singing on few spots here and there. Not many man would go there, but if you want to make an omelet, you have to break few eggs. Ouch, this got to be the worst pun ever. Regardless, he's a brave man and a great singer. Oh, yes. Reading along the lyrics of "Blood Of A Lion" and "Crazy, Mad, Insane", I couldn't help but chuckle quite a bit, since the inspiration behind them is so blunt and obvious.

I really loved Hackets Genesis Revisited II album so on a whim I picked up his then new release, Wolflight.  I liked it a good bit but it's not something I seek out to play often, with that I took a pass on his new one that you've listed here.  How does it compare to Wolflight?

Can't say for sure, since what I heard of Wolflight, it didn't convince me to pick it up. But the fact that I bought his new CD points in the direction that it's better.

And it left the Threshold album in the dust, that's for sure. In fact, with Threshold something strange happened. I liked it the first time I heard it, then when I got it and listened it on my equipment it sounded not like a progressive rock album, but like any other modern Rock song the radio will play these days. Am I the only one that got this impression?