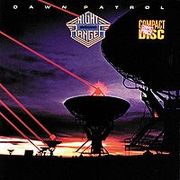 Like no other 80s rock band, Night Ranger both epitomized and transcended the sound and style of that decade.

Night Ranger is an American rock band from San Francisco that gained significant popularity during the 1980s with a series of successful albums and singles. The band's first five albums sold over 10 million copies worldwide, and gave the band international recognition. The quintet is perhaps best known for the power ballad "Sister Christian", which peaked at #5 in June 1984. After their success waned in the late 1980s, the band split up in 1989 and its members pursued other musical endeavours including both group and solo efforts. Several members released an album without original singer Jack Blades in 1995, but the band soon re-united to release two new albums in the latter half of the decade. Despite the departure of original keyboardist Alan Fitzgerald and guitarist Jeff Watson, the band has continued to tour into 2008 and remains very popular.

The group's origin can be traced back to Rubicon, a pop/funk group led by Jerry Martini, who gained fame as a member of Sly and the Family Stone. After Rubicon's demise in 1979, bassist Jack Blades formed a hard rock trio with two other Rubicon members, drummer Kelly Keagy and guitarist Brad Gillis. Performing under the name Stereo, the threesome later added keyboardist Alan Fitzgerald, a former member of Montrose (and the offstage keyboard player for Van Halen since the 1990s). Fitzgerald soon recommended enlisting a second virtuoso guitarist, so Jeff Watson, who led his own band in Northern California, was added to the group. The seeds were sown for a new melodic hard rock band, initially called simply Ranger.

In 1982, the band changed its name to Night Ranger after a country band, The Rangers, claimed a trademark infringement. By this point, they had recorded Dawn Patrol for Boardwalk Records, opening for ZZ Top and Ozzy Osbourne; the latter performer employed Brad Gillis as an alternate guitarist for the recently deceased Randy Rhoads. When Boardwalk folded under, producer Bruce Bird secured Night Ranger a deal with MCA in 1983.

Their first three albums struck a balance between hard rockers laden with sexual innuendo and accessible pop ballads to guarantee airplay. Dawn Patrol, Midnight Madness, and Seven Wishes all reached RIAA platinum status and garnered the band international fame. 1987's Big Life fell short of Platinum status at around 800,000 copies. Thereafter, the group's fortunes began to decline.
Night Ranger's overall image tended to be somewhat cleaner than MTV contemporaries like Mötley Crüe or Ratt which helped the band flourish during a decade characterized by PMRC controversy. Moreover, their Top 20 anthem, "(You Can Still) Rock In America," appealed to a patriotic trend in 1980s rock, pushed forward by both Ted Nugent and Sammy Hagar (Jack Blades would later form a popular supergroup with Nugent, called Damn Yankees).

Negative criticism abounded during the band's heyday; Rolling Stone's review of Seven Wishes took a swipe at Night Ranger's "formula" of "sub-Broadway" ballads. Other critics were less flattering, with terms such as "poseurs" and "pomp-rockers" in various music guides. But favourable critics, such as Hit Parader, underscored Jack Blades' puppy-dog appeal, which won over female fans, while Gillis and Watson's duelling guitars pleased the same male audience that guitar-driven bands such as Van Halen had already begun to cultivate. Both guitarists also featured prominently in magazines like "Guitar for the Practicing Musician." Dawn Patrol's first single, "Don't Tell Me You Love Me", received a boost through its MTV video airplay and peaked modestly at #40 on the Billboard Hot 100 chart. "Sing Me Away," a concert favourite sung by Keagy, failed to chart even though it also featured on MTV.
Night Ranger's hold solidified with their second album, Midnight Madness, which pushed the band from opening act to headliner status by the summer of 1984. Apart from "Rock in America," Night Ranger released two ballads: "When You Close Your Eyes" (#14) and "Sister Christian", (#5) written and sung by Kelly Keagy for his younger sister, Christine. "Sister Christian" proved to be the band's milestone —as well as a millstone— as future events turned out. According to a later interview with Brad Gillis, "Sister Christian" had actually been completed in 1982. But Gillis said the band chose not to release it on "Dawn Patrol" because they were afraid of losing their hard rock credentials. "Sister Christian," soon became a prom favourite, as well as a cautionary anthem for teenage girls across conservative Middle America, warning them not to "give it up before their time is due", as the song's second verse urged, and keep "motoring" in stead. In 1985, Night Ranger continued headlining their own tours in support of Seven Wishes, which followed a very loose concept of the band flying across the ocean in a WWII B-25 Mitchell bomber. Jack Blades later reported he and Brad Gillis were fascinated by World War II planes. Night Ranger's "Sentimental Street" video even placed them in an Amelia Earhart scenario, which reported the entire band lost at sea. Like Midnight Madness, Seven Wishes was also blessed with three hit singles: "Sentimental Street" (#8; sung by Kelly Keagy), Jack Blades' mid-tempo rocker "Four In The Morning" (#19), and the pleasant, acoustic-flavoured "Goodbye" (#17), which saw the band veering toward an overtly commercial direction. Between 1984 and 1987, Night Ranger branched out into soundtracks, recording or contributing songs to several teenage films. In 1984, the band released "Interstate Love Affair" (later appearing on Seven Wishes) for Teachers, starring Nick Nolte. The band also received exposure on two Anthony Michael Hall vehicles, Sixteen Candles (1985) and Out of Bounds in (1986). "Rumours in the Air" from Midnight Madness appeared on the former, while the latter featured "Wild and Innocent Youth," a Blades-Keagy composition unreleased by the band. In 1987, they co-wrote the title theme to the Michael J. Fox film The Secret of My Success (produced by David Foster), which served as the lead single from Big Life. Unfortunately, Night Ranger faced stiff competition from glam bands such as Bon Jovi and Poison, while overall tastes had begun to shift toward "bad boy" groups, such as Guns N' Roses. Moreover, some Night Ranger fans perceived the band's Hollywood flirtations as evidence of "selling out," reflected by a decline in album sales for Big Life. Despite some fairly mature songs, including the nuanced "Rain Comes Crashing Down," none of the chosen singles from Big Life hit the Top 40. "Secret of My Success" stalled just short of hit single status, despite heavy MTV rotation in 1987. Night Ranger also openly quarrelled with MCA over choosing "Hearts Away" in lieu of one of the heavier songs. Their label expected another Top 10 ballad, like "Sister Christian" or "Sentimental Street," but "Hearts Away" failed to catch on during Night Ranger's 1987 tour — a vigorous series of dates across North America and the Caribbean. In 1988, Man in Motion promised a return to earlier form, with more hard rock to anchor the group's sagging fortunes. However, Alan Fitzgerald left during the recording, requiring a touring keyboardist (Jesse Bradman) to be hired for the road. Furthermore, the songwriting capacities seemed to have dried up somewhat: none of the singles were distinguished enough to gain radio airplay, and MCA once more chose ballads over rockers. "I Did It for Love" (written by Russ Ballard) fared poorly, even with a cameo appearance by Morgan Fairchild in the video. Although the band still views "Restless Kind" as a favourite, it also failed to chart. Man in Motion thus became the first Night Ranger album not to achieve gold or platinum status. 1990s After a tour in 1988–1989 supporting the album (including an opening slot for Kansas), Jack Blades left Night Ranger to form the popular supergroup Damn Yankees with Ted Nugent and Tommy Shaw of Styx and the group broke up. In 1991, Kelly Keagy and Brad Gillis enlisted Gary Moon (ex-Three Dog Night) to replace Jack Blades as bassist and decided to continue in a trio format after Jeff Watson decided to pursue a solo career. Night Ranger recorded one album, Feeding Off The Mojo in 1995, which did not improve the band's profile despite a rigorous tour schedule in the early 1990s. For the 1995 tour to promote Mojo, David Zaijcek (from the group Airborne) was added on keyboards and guitar to bolster the group's stage sound.

In 1996, Jack Blades returned to Night Ranger, which reformed with all five original members for two studio albums on CMC Records, who engineered a similar comeback for Styx. While Neverland and Seven did not become as successful as the band's early material in the United States, they became quite popular in Japan. The band tours sporadically in between solo albums and projects. Jack Blades also serves as chief counselor for the Rock 'n Roll Fantasy Camp.

In 2007, while working on their next release Hole in the Sun, Jeff Watson was fired from the band. His replacement for the remainder of their 2007 tour was Winger/Whitesnake guitarist Reb Beach. Lardie and Beach soon left the band to focus on Great White and Winger/Whitesnake respectively. Christian Matthew Cullen replaced Lardie in 2007 while Joel Hoekstra took over for Beach by early 2008.

In January 2008, in a podcast interview with Stuck in the 80s, Jack Blades said the band's latest album -- Hole in the Sun -- would be released in 2008 and would be supported by a national tour. In addition, Blades said the band was flying to Guantanamo Bay, Cuba, in late January to play a special show for the Navy and Marines troops on the island. To date Night Ranger have sold 16 million albums worldwide.[7]

When not with Night Ranger, Hoekstra plays guitar in the Broadway show Rock of Ages. Sister Christian is one of the songs in the show. Hoekstra also played with Trans Siberian Orchestra in their 2010 Winter tour.

Night Ranger released its new album, Somewhere In California on June 21st, 2011. The video for the first single Growin Up in California can be seen on YouTube.

You need to be a member of NIGHT RANGER to add comments!