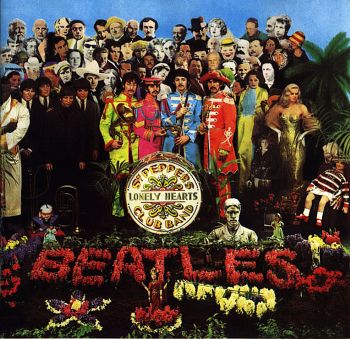 This is a rerun of a Show I originally did in early June 2012, so please add 7 YEARS to all dates I say- Good Grief, 7 YEARS, lol!
Sgt. Pepper's Lonely Hearts Club Band by the Beatles was released June 1st, 1967 on the Parlophone label, 52 years and a few days ago.
For me, it has always been the Greatest Album Of All Time, coming into my life at just the right age, and what I would expect from The Greatest Group That Ever Existed!
Years ago I played it straight through by the Beatles on Rockollections.
So, how would I commemorate this anniversary differently?
Here's what I am going to do.
Re-create the complete album in the exact order, track by track, but by people OTHER than the Beatles!
They will range from the 60's through the 2000's.
Not much more I can say about it, other than it may provide you with a new perspective, a new angle from which to view its relation to a very special time and its continued relevance today.
That and I hope you enjoy the Music!
This is Part One.

Here are the links to that Part One, at Mike Pell Rockollections:

Jon,
I said something almost NICE about it in Pt.2, LOL!
Thanks for the listen,
Mike