For those that only know singer Jimi Jamison from his days with the melodic rockers Survivor, it might've come as a bit of a surprise to learn that pre-dating his time with that band, he was in two other bands that are rather fondly remembered. Of course, in the days of the Internet, the surprise factor has mostly vanished, but still.

But back when I first heard him fronting Survivor in the 1980's, I was surprised to learn that he was in the bands Cobra and Target. Of course, trying to find anything from those bands in that time period wasn't easy. I had managed to get dubbed cassette copies of the sole release from Cobra and two releases from Target. But the quality wasn't all that great and I haven't really listened to them in years. I did manage to track down a vinyl copy of the first Target album but again, the quality wasn't great.

Thankfully, all three of those albums got reissued by Rock Candy Records and I can listen to quality recordings at my leisure. But I got a big surprise a few months back when Escape Music announced they would be putting out Target's "lost" 3rd album, which is described in the liner notes as having sat on a dusty Tennessee shelf for nearly 40 years. Given the sad and premature death of Jimi Jamison, this was a bonus for those of us who just love his voice.

The CD booklet for In Range contains a lengthy essay that details the band's origins and includes new interview comments from bassist Tommy Cathey. It gives insight into why this album never got released at the time it was recorded in 1978-1979.

If you haven't had any prior experience with Target and are expecting the same kind of soaring, crisp melodic vocals from Jamison, you might be in for a bit of a shock. Instead, the vocals on this album are far more soulful and gritty. The hard rocking sound is replete with a definite southern rock feel and flair as well. The band spends almost the entire album in high gear with only one real ballad track and the disc is chock full of great moments of musicianship.

The album kicks off with the song "Tightwire" which plays out with a galloping tempo. It is the first of many of the album's tracks to feature fantastic guitar work and solos from Paul Cannon and Buddy Davis. I wasn't crazy about the chorus to the song but for me that is a minor nick to an otherwise outstanding cut.

Musically speaking, "Love Magician" is a very interesting track. Already taken with the sound of the song, it only gets more heft with the saxophone solo that comes in midway through. There's some cool phrasing with the vocals as well.

The gritty, edgier sound to Jamison's vocals really get spotlighted on the highly rhythmic "Hold Tight" which features a shredding guitar line on the song's outro. And the amplified kick in the pants that is "Too Much Good Loving" will shake anyone out of the doldrums.

The funny thing for me is that the last track on the album is actually a demo of a song called "Echo Tango". Obviously an unfinished song, there is still a killer solo and it feels more like a completed track than the band's ballad "Means That Much". The latter song just kind of meanders about with just two verses of lyrics and then peters out.

The cover of the Hookfoot song "Taxman" is superb as it kicks you in the gut and shreds you with the solo. Pretty much every song towards the end of the album shows the band rocking out as hard and heavy as possible. The intro to "Come On" smokes and that continues relentlessly onward through the end of the song. That track and "A Place Called Hot" might be the hardest hitting songs on the disc.

It may come nearly 40 years too late but In Range surely captures the band at what should've been their rocking best. All kudos to Escape Music for finally letting this album loose on the public because it is surely a straight up hard rocking, butt kicking slab of soulful driven rock and roll. 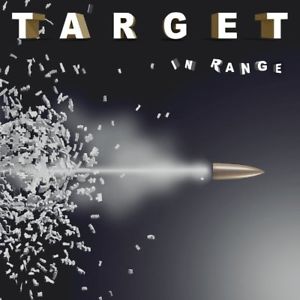