Given that I'm a big fan of singer John Waite, the announcement of a brand new 4-song EP coming out got me excited. The fact I could order a signed copy was even better!

I've written a few articles about various albums he's released as a solo artist and as a part of Bad English over the last few years, so having brand new music to talk about was something that I wanted to do.

And for the most part, the Anything EP is a pretty good selection of tunes. The first three songs were written by Waite and Anthony Krizan. The duo also produced the songs together as well. The title cut opens the disc and the mostly uptempo song shows that Waite hasn't lost a step when singing some damn good lyrics.

The "Lifeguard" song varies in tempo but the song is strong with a strong set of lyrics that make one's passion for someone else quite clear. I listened to the disc a number of times and let me tell you, I could easily co-opt these lyrics to use for someone I might be fond of in the future.

With "Grenadine", the song was very slow in delivery, the music never getting too rambunctious. It's okay but of the four songs, I'd say it's my least favorite.

The final song was written solely by John Waite and it is the most electrically charged number. At first I thought Waite's vocals sounded a bit strained for the more hard charging delivery but I came to realize that it's just how he sounds period. And the music on this song is superb. Of particular note is the guitar work. It shines throughout the song but as the song moves towards its final notes, there is just a killer solo that had me hitting repeat on the track a number of times.

Depending on the quality of the songs, an EP can be either too short or leaving you thankful that you only had a few songs to slog through. John Waite's Anything is definitely the former instead of the latter. It gives listeners a batch of news songs and makes you wish that more new music was coming sooner rather than later. 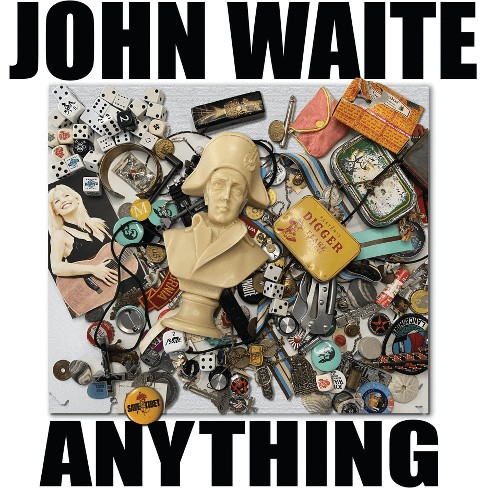