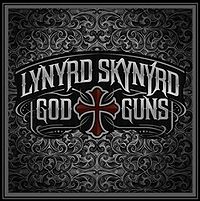 This album is much better than I expected. No, it's not exactly on par with the original Skynyrd, but it's still pretty good. There may be a few too many songs about the good ole days, but these 5 songs are all standouts. God & Guns goes from somewhat light to heavy and I really dig that. 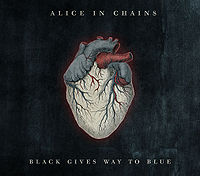 Almost 14 years since their previous release, and without Layne Staley (RIP). William DuVall steps in for Layne and does a very decent job. But for my money, the key to this album is Jerry Cantrell. I love his vocal style and guitar playing. This is an excellent comeback album and I think Check My Brain is a beast of a song. 11. Crucify The Dead (with Ozzy Osbourne)
12. Beautiful Dangerous (with Fergie)
13. Back From Cali (with Myles Kennedy)
14. By The Sword (with Andrew Stockdale of Wolfmother)
15. Watch This (with Dave Grohl and Duff McKagan)

Slash is a talented musician and although I generally dislike albums with different vocalists on almost every song, this is an exception. Although I'm not a fan of Fergie or her style of music, her song (Beautiful Dangerous) is top notch. Back From Cali with Myles Kennedy sounds sick when turned up to eleven. The guitar playing is good throughout and I do recommend this album.

Could've swore there were comments made on this.  But I guess not...  Now for something even weirder.  Had a friend of mine play Black Gives Way to Blue a week or two back.  I think I need to change my mind about this version of the band.  This album is quite interesting and really cool.  It has this perfect production quality to it, not sure thats a great thing as it may be too polished but its a high quality listen.  And the tunes are well put together.

I think since I've turned 50 my musical tastes have shifted a bit, weirdly into more heavy areas and this hit me at the right time.  Now Im going to go back give that DInosaur release a second shot and Rainier Fog as well...

Never thought I would have typed this out...  And I'm still not sure about the original bands material, this just seems stronger to me...