.38 Special To TabuLate The Island Party

DING DI... Déjà Vu. The history repeats itself, with Jon guessing the band, but not the album correctly, leaving the door open for Scott, who falls for the red herring and pulls the hat out of the rabbit. Yes, ELO was the correct answer, but Secret Messages was the album in question. Boxcar Willy? Who the f**k is, Boxcar Willy? Sounds like a pit stop mechanic. This changes little to none on the board where...
Jon's Dedication pays off to 1650 pts
Scott is still stuck in the middle between Cherry and Red with his 1400 pts, while
Everyone Else is a Loser Gone Wild with 0 pts

Global News... You might have heard of Craig Hamilton-Parker, a psychic from Southampton, U.K., no? Yeah, he was the one to predict Trump's victory before the elections. Personally, I don't get the big deal, since 45.9% of those who voted put their fate in Trump, too. You can't say they were all clueless. But this guy gets all the fame? Whatever! Of course, this also means all the eyes are on him and here are some of his most intriguing predictions for 2018:
Environmental predictions:

Island News... I haven't seen the future, but I have pretty good observation and deduction skills. Plus, I too was confident Trump is going to win the elections, so why not make my own predictions public? Without further ado:
Environmental prediction:

There you have it. Let's see whose predictions are more accurate. Until then... Let (here and) there be... Music! 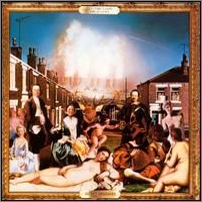 I can't remember the first time I heard a song from ELO, but I can remember the first time I saw them on one of those posters, from a teen magazine. (Bravo) It was the second half of the 70s and these guys looked old. Especially in the suit with cellos, huge sideburns and whatnot. Based on what I saw, I decided I'm not going to like them. Years went by and I found myself more and more attracted to their music. I could barely denounce them when Time came out and then I finally gave in when Secret Messages hit the streets. Ironically, it was the last album that made a splash on the charts, like if they run out of steam, trying to win me over. While ELO was never the same, Jeff Lynne got some well deserved recognition in the years to follow, with his solo work and production skills in late 80s and early 90's. It's interesting that originally, the album was suppose to be a double vinyl, but they made a great decision to lean it down to a very strong one album release. I think lots of artists should follow their example, rather than giving us more for the money, with bunch of fillers and tedious listening experiences. Lita Ford has few songs on each of her releases that I like, but Stiletto is still the only one I listen to from start to finish. 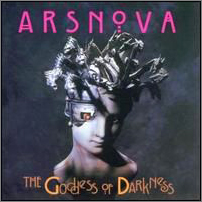 In case I have to refresh your memories (and judging by the lack of correct answers, I do) here is a picture/reminder of the band. (Scott's gonna like this). In the time when I would still phone in the specialized stores to place my orders, I would often ask the owners to make recommendations for me, based on my preferences. I told them, I like Instrumental music, plus the Bombastic side of the Prog-Rock sound. Without any hesitation one of them suggested Ars Nova. When I asked him, where should I start in their discography, he offered me a good deal for buying the GOD album. I have to say, he knew exactly what I was looking for. Later I bought their entire catalog. Goddess Of Darkness has this creepy horror feel to it, that further boosts my admiration for the furious keyboard domination. The all female trio on this release is their classic line-up: - Keiko (keyboards), Kyoko (bass), and Akiko (drums).

INDEX (To keep track of things. Also, the clues for the next weeks selection are here. Do you know; What's Coming To You?)

Of course not, I think it's hilarious!

You should have added that the Theme will go on for 12 weeks, lol!

Actually I DID Angels years ago, and it went on for about 5 weeks, lol!
True!

Yes, but this time you are going to look for the opposite of hidden satanic messages when the record is played backwards. While experimenting, you'll find the angelic messages when you play the records... sideways.

My foresight will save you time and money and yes, you will go on for 12 weeks, because the voices in your head will tell you to do so. Of course, you'll claim that God is talking to you, or perhaps the show is sponsored by Concerned Mothers Coalition For Heavy Metal Children (aka CMC4HMC)... but. Oops! I think I already told you too much.

I will be the NEW Charles Manson, LOL!

Thought this was going to be a short one, but 2 out of those last three tracks dragged this down. They were fine, but way too long.

ELO is fine. I believe it's been over an hour for this whole playlist and the last song still isn't over.......

Wait, are you complaining because the tracks are too long?

In this equation only one party is guilty of pussyfooting. And it ain't the ladies.

"Steven Wilson groupie"? How so?

Does the repercussions that befall upon me for taking his name in vain, ring any bells?