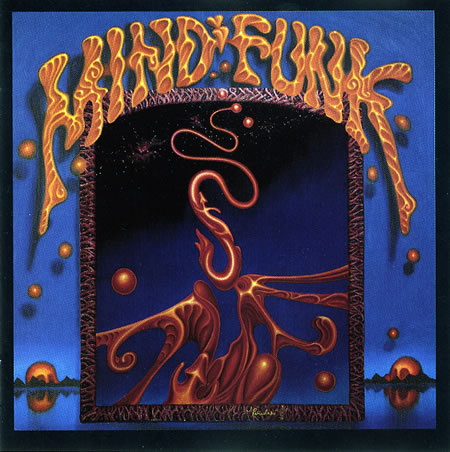 This week's selection might not be the seventh in a series. Then again, it most probably is.

This week we bring you more funk, this time from Mind Funk and their 1991 self-titled debut.

Now, some of you (and you know who you are) will complain that this might not be funk or funky enough. To that person (who still knows who they are) I direct them to the title of the album and the band's name. The word "funk" is in both so that makes it funky enough.

Of course that would be a moot point is there was funky music on this here album.

It's up to you to listen and decide.

Mind Funk was a second-division "supergroup" of sorts, formed to capitalize on the short-lived funk metal trend. The band was made up of ex-Uniform Choice vocalist Pat Dunbar; ex-M.O.D. guitarist and bassist Louis J. Svitek and John Monte; ex-Celtic Frost drummer Reed St. Mark; and second guitarist Jason Coppola. Their über-hyped self-titled debut for Epic Records caused a small media sensation with its aggressive collage of metal, punk, and funk, but bombed in stores. By the time the band came off the road in support of the album, both St. Mark and Coppola were gone, replaced by drummer Shawn Johnson and ex-Nirvana guitarist/ex-Soundgarden bassist Jason Everman. Dropped by Epic just as they were about to re-enter the studio, Mind Funk signed with Megaforce to record the appropriately named Dropped, released in 1993. Their latest release is 1995's People Who Fell From the Sky.

Mindfunk's 1991 self-titled debut is a highly original amalgamate of its various members' previous metal and punk bands, with a little funk thrown in for fashion's sake (funk-metal was the flavor of the day). Virtually every song features an audacious combination of these disparate influences, and discerning listeners will appreciate how effectively the band puts all the pieces together. The solid songwriting is complemented by excellent musicianship and the sarcastic edge of Pat Dunbar's versatile voice. Both "Sugar Ain't So Sweet" and "Blood Runs Red" slowly build from alluring melodies into chugging metal riffs, and the latter even features some salsa-style drumming. "Bring It On" glides on an excellent mid-pace groove, while songs such as "Ride and Drive" and "Big House Burning Down" (anchored on a powerful bass riff) pummel at full speed from start to finish. Finally, the most unique offering arrives in "Sister Blue," an acoustic-led bluesy number featuring tasteful soloing from guitarist Louis J. Svitek.

Availability: Search and you can find it for around $4.

So, I started this at work today.  Here's a couple of thoughts:

1. Sugar Ain't So Sweet - Wicked intro, although the scream is weak and ruins it.  I don't hear funk in this tune at all, just rock.

2. Ride & Drive - Oops, profanity.  No problem.  But the vocalist is not good.  This could pass for a Megadeth song, riff wise at least.

3. Bring It On - Still sounds musically like Megadeth.  And it's still not funky.  But the song is cutting out badly.

As a matter of fact, I had to skip to the next song, but I couldn't get it to play either.  I tried on my work computer and my iPhone as well.  No luck.  So I finished it up at home.

Fire, is a pretty good song.  Easily the best so far, complete with a breakdown section.  Blood Runs Red has a terrific intro.  And again, Sister Blue has a cool intro.  The band writes excellent intros.  This is a very nice acoustic tune. I'm impressed.  It has just the slightest bit of funkiness in the first little bit of lead guitar, but other than that, still no funk.  I'm telling you, this is a killer song! Innocence is another pretty terrific song.  Tempo change and all.  And finally, finally, some funkiness in the final track.

Look, I'll say it, I wasn't crazy about this album at first, but it sure as heck got better as it went along.  And Sister Blue is a knockout.  This album deserves a second listen.  Great post this week Homey.

So what you're saying is that Side 2 was better than Side 1?  Someone should do a topic and a playlist on that subject....

Definitely the extreme end of this "themes" spectrum.  Its nice to hear the guitar mixed in so heavily and even the opener isn't really that funky the notion of hearing it made me listen closer.

Was that some NSFW in track? uh oh, we weren't warned and my ears are bleeding ...  they've stopped now.  Still no funk in track two but that's a freaky good geetar solo!  Need more of that! Now if the songwriting could match the playing..

Track 3 has move great geetar work and more forboding feel to it.  I like it! It fits this months SHT theme - at least musically!  Track 4 and there's the bass, I hear a little slapping going on, so at least we have a hint of some funk.  You know who does a cool funk rock mix, Extreme...  Not sure why they came to mind but they did and I noted it here for all to enjoy reading.  I like the band, they are technically very good.  But again, the song structures aren't as interesting as the guitar work.

More cool guitar work on Fire (literally), probably the best track yet, the bridge is funky in a big hair kind of way and the ambience the guitar provides is real cool.  Where was this in the first four tracks?  There's a hint of a Bon Scott quality to the higher register of the vocals on this one as well.

Bongos!  More traces of funk...  and the cool opening doesn't sustain as the Blood Runs Red moves into a frenetic feel that's only overcome by the guitar (yet again).  When this song settles in its very cool but when it deviates from that feel its not as good, this track needs an identity ...

Sister Blue breaks up the pace with the addition of an acoustic guitar.  Here again I hear some nice and innovative guitar work, in this case its far more melodic but way too brief.  The song doesn't hold my interest unless the guitar saves it which it does around the 4:20 mark.  The track that follows is probably my least favorite so far...

Innocence...  cool start, I love the guitar sound right before the vocal comes in.  Probably my second favorite track, should be the best track but that bridge in the middle didn't work.

These guys can write some cool music no doubt, but it seems they deviate from the melodic hard rock formula in each song to make it harder edged??  Kinda feel different, and in most cases its a good thing, in some it didn't work at all.. 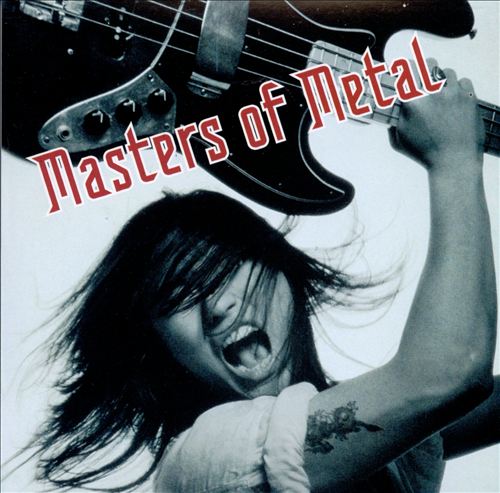 I heard this song on the above compilation that I found in the late 90s. The compilation is actually really good, some known and not so known songs. I have every CD featured on it, so  yes I have this Mind Funk CD, but I've never really listened to it, HaHa.

The songs on this compilation.

So, I guess I need to listen to the full Mind Funk CD, but the compilation I mentioned is great if you can Ebay it.