A Night At The Wilbur - Beth Hart Live In Concert 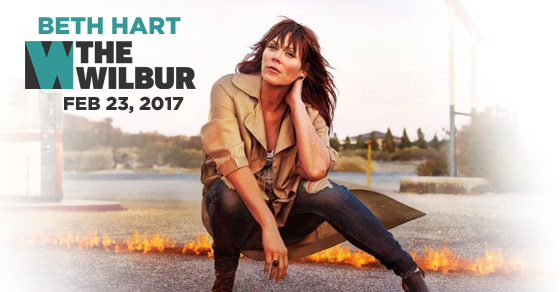 It was a bright and warm sunny afternoon...

No, I'm not talking about the day I got to see Beth Hart on her Fire on the Floor tour. Instead, I'm harkening back to June 15th, 1996. I was headed towards Fenway Park to see the Red Sox play a game against the Texas Rangers. While the Sox got killed in the game (and the brawl that we left the game too early to see), the day still is burned into my brain as a positive thing. Why you may ask? Well it is quite simple really, that is the day I made my discovery of Beth Hart.

As my friend and I headed towards the gate there was this band playing on the roof of their van outside of the ballpark. We stopped and listened and I liked what I heard. Someone was circulating in the crowd handing out those postcards advertising the band's club show for later that night. It was, spoiler alert, The Beth Hart Band!

The Strawberries record store around the corner from Fenway had received a display stand for the Immortal album, but hadn't been sent the actual CDs. It took me a while to track down a copy but once I did my love affair with the music of Beth Hart began in earnest.

Fast forward a little more than 20 years later and I had still never been able to catch Beth Hart in an actual "official" concert. That is until the Thursday February 23rd, 2017 when I crossed that particular line off of my music bucket list.

After a pleasant opening set by New York based singer-songwriter Rachael Sage, an artist I was previously unfamiliar with and a brief intermission, the lights went down and suddenly there was Beth live on stage right in front of me. For more than 2 hours, Hart and her band (guitarist Jon Nichols, bassist Bob Marinelli and drummer Bill Ransom) held court and kept the sold out audience on a roller coaster ride of pure musical exhilaration.

For those that aren't in the know about Hart's music, she crosses a number of genre lines with songs rooted in blues, soul, R&B, gospel and some grade A rock and roll as well. There is something for everyone and Hart's set list made sure to touch on nearly every aspect of her career during the 23 song concert.

Taking the stage, Hart was both supremely confident and yet seemingly in awe that the crowds came out for her show.

Opening with "Let's Get Together", a song from her latest album, Fire on the Floor, she was in full command right from the start. Dressed in an all black outfit and heels that rivaled the Swiss Alps for elevation, Hart was rocking out one song and then quietly situated behind her candle bedecked piano the next. At times she sat on a stool right in front of the crowd at the edge of the stage or walked the edge shaking hands and sharing hugs with her adoring fans. She played a little guitar and when she started one song in the wrong key she quickly apologized to her bandmates. A running issue with the monitors in her ears provided some unintentional humor as did her declaration that she needed to stop using the word "fucking", despite it being the greatest word.

Her solo work was the main focus on the night, but she also made sure to include songs like "I'll Take Care Of You" and "Your Heart Is As Black As Night" from her collaborations with blues guitarist Joe Bonamassa as well. Hart's guitarist, Jon Nichols, was more than up to the task of "standing in" for Bonamassa as evidenced not only by the great work on these songs but for the lights out solos he provided all night long during the more rocking songs in the set. Bill Ransom was thunderous behind the kit and Bob Marinelli's kind of hide in the shadows stage demeanor belies his incredible chops on the bass.

Hart draws a lot of her material from her own life experiences and those around her and it fuels such strong numbers like "Baddest Blues" (her mom), "Sister Heroine" (a sister), "We're Still Living In The City" (her husband) and a devasting rendition of "Tell Her You Belong To Me" which was inspired by her father.

Of course, then there are songs where she can stand confidently side by side with any hard rock band. The song "Broken & Ugly" was a monster cut when she recorded it and its innate power was in full force during the show. You had songs like "Spiders In My Bed" and "Delicious Surprise" which kept the energy level high.

Lest you think it is all about the rock, Hart's ability to connect with listeners on a deeply emotional level can be witnessed in songs like "Take It Easy On Me" and "Leave The Light On".

("Leave The Light On)

Because I hadn't seen Hart live before, I got to witness a brand new to me song in "Today Came Home". It's a great song but it is a live show staple that she's never recorded for an album. I had to turn to people on the Internet just to find out the name of the song because I thought I'd somehow forgotten one.

Songs like "Jazz Man" and "Fat Man" kept the fun going apace in the show while the fiery rendition of Ike & Tina Turner's "Nutbush City Limits" brought the house down.

And while you always are left wanting more because there are songs that get left out of the set list due to the show not running 5 hours long, no one could go home saying they were unsatisfied. The second to last song in the set was "L.A. Song", which Hart said was the first time they'd done it on this tour.

As if the show itself wasn't special enough for me personally, when Hart talked about playing songs they don't do a lot on tour, I instantly thought of one of my personal favorites. I had hopes of hearing the band playing it but didn't dare get my hopes up. Maybe I should have because as Beth finished talking about it, she announced "Skyful of Clover" and I quite literally threw two clenched fists into the air and yelled out "YES!" in exhultation from my president's box seat.

You build things up in your mind and raise your own expectations. The stereotype after you accomplish a long held goal or satisfy some particular desire,  is that you feel let down or disappointed because the experience didn't match whatever standard you had built up in your head.

This was not the case after seeing Beth Hart in concert for the first time. Whatever expectations I had, forget about it. They were matched and exceeded without question.

I've been to my fair share of concerts over the last 30 years, some good, some bad and some that were great moments in time for me. Beth Hart at The Wilbur Theatre will now always stand as one of the single best shows I've ever seen. A finely wrought performance that rocked you one moment and moved you emotionally the next.

It wasn't just a show in my mind. Instead it was a transcendent musical experience and that is something that you can't prepare yourself for. I've been a fan of Hart's for 20 years and her music has always managed to touch whatever actual emotions I have. To feel that connection to an artist is special, but when that remains so after hearing the songs in a live setting, that is something else altogether.

It has been a long time since that relatively forgettable baseball game, but after my night at The Wilbur with Beth Hart, perhaps I should write a thank you note to the Red Sox. 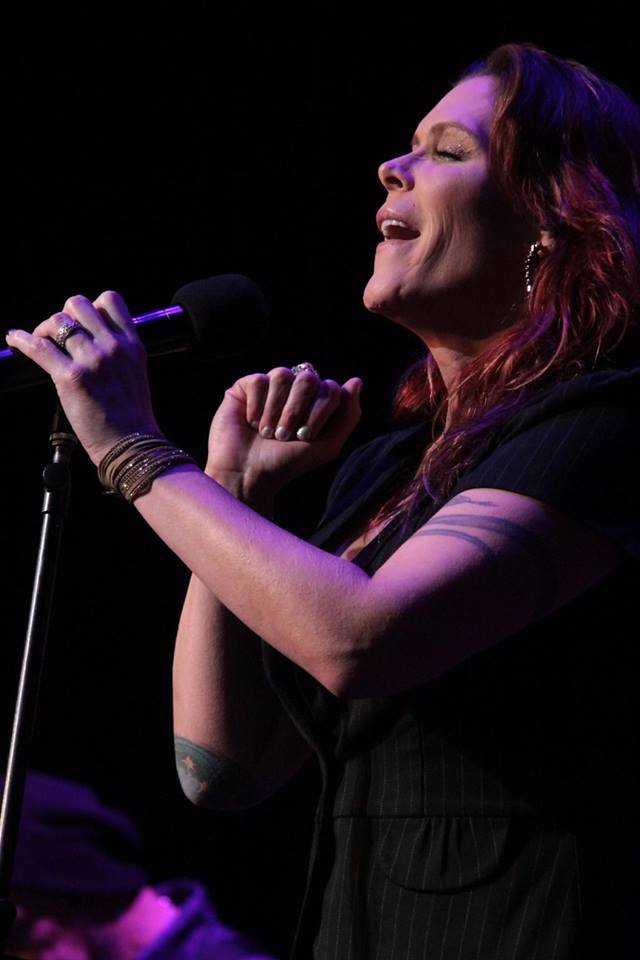 For more on Beth Hart, check out BethHart.com

All Youtube video links used by permission of Gary Trenholm.

For more on Rachael Sage, check out RachaelSage.com

For more on The Wilbur Theatre check out TheWilbur.com

Nice Review TR.  Sounds like you really enjoyed the show.  That's a great feeling for sure.

Words barely do the show justice. She just blows me away any time I hear her music.