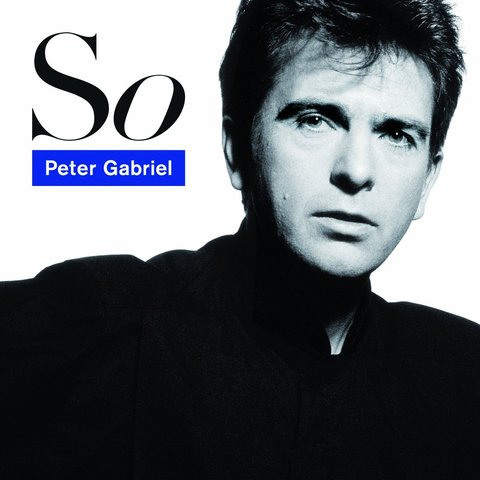 Disclaimer #2:  I'm on an 80's kick for the next 10 weeks.  I'm covering an 80's album from each year of the 80's decade, though not in chronological order.  Some of these may be well known to me, some may not be.  But they were all pretty big sellers that left a mark. Out of these ten, I actually had to purchase two of them to feature them here.  I think Scott and Jon are along for the 80's ride as well, maybe.

This week we are exploring 1986.  So by Peter Gabriel is another one of those albums that never meant anything to me.  I didn't care all that much for Sledgehammer and quite frankly, I never gave him much of a chance.  That much aside, here is my short review of the album:

After listening to this a couple of times, I must say I was wrong about this album.  I actually like it.  It's very easy to listen to, even with the world music bits that I've never been a fan of.  And even Sledgehammer sounds better today than it did in the 80's.  I'm not saying I'm ready to dive into his other work, but this was cool.

When I bought this in 1986, I had been a fan of his voice, since I really noticed it around 1982, especially on the song "Shock The Monkey", which I still think, is his best solo-track.

Just like "Brothers in arms" from the year before, this album was overplayed, especially on MTV.

I feel like, it's a bit a waste of my time listening to it nowadays, since I've heard it sooo many times. "Big Time" was always my favorite track, though.

So, I'm all prepared to listen to this album since I'm contractually obligated to do so, yet there's no link to listen. THERE IS NO LINK! NONE!

I was listening to this a couple weeks back, picked up the 25th Anniversary edition for like 5 bucks...

You get a bonus check? Totally screwed that up.  It is fixed now.

I like Peter Gabriel's solo stuff, at least the stuff that I've heard. Yet the only studio album I've ever bought by PG is this one. Sure, I have a greatest hits disc and like all the songs, but why haven't I bought any other albums? I have no idea! It's kind of like Steely Dan; I like them but have only bought two Steely Dan albums in my life and the only one I have on CD now is "Aja". Don't know why that is, but it is what it is.

Always liked this album from the first time I listened to it to now. Even though quite a few songs were overplayed on MTV and the radio, I never got tired of them. Still am not tired of 'em.

Permalink Reply by Mike Mills on March 8, 2014 at 2:30pm
favorite track here is easily Red Rain, followed by In Your Eyes, the rest of the album is ok. I just remember getting really tired of Big Time & Sledgehammer & not liking them that much at the time. It's ok to hear them now & then as an occasional listen. I'll admit Sledgehammer will still get stuck in my head from time to time, but I never say "hey let's throw on some Sledgehammer!". I do like some of Gabriel's other work, Sosbury Hill, Games Without Frontiers, Shock The Monkey...all great tunes!
So....I will give a heads up to Gabriel, just So, I get limited doses of Sledgehammer & Big Time.

I love this album! My favorite song is Mercy Street, followed by Don't Give It. I think this is some of Gabriel's most mature work.

He has a good voice, but this is not for me. Parlor music. Music to sleep by. Music in a dentist's office.

I knew you would love it.

Man, it's making me sleepy!!

Seriously, I admire the variety of music some of you guys like, including you RJ. But when I really like the music I'm hearing, it gives me a "rush of energy". I need it, I crave it, I gotta have it...and I'm just not feelin' it on this post.

BUT...we do have tons of music to choose from, and that makes this a great site. Not everybody wants to banghead and tapfoot all the time...but for me, about 93.7 percent of the time, I wanna FEEL THAT RUSH!!

I think I just got a better buzz from a Ritz cracker with peanut butter than hearing this...