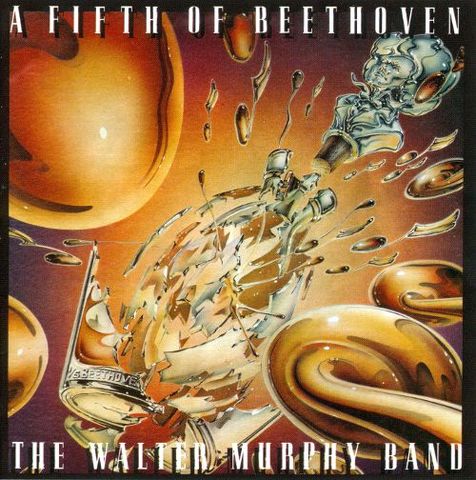 Who? The Walter Murphy Band

Album title? A Fifth Of Beethoven

Walter Murphy's "A Fifth of Beethoven" put classical disco on the map. It helped that Beethoven's symphony had a heavy percussion feel, which Murphy cranked up a couple of notches with his amazing ingenuity. Other selections, while creatively different, are just as good, but didn't burn a hole in the charts like "Fifth." "Suite Love Symphony," "Flight '76," "California Strut," and "Russian Dressing" will expand your mind and quench your musical thirst at the same time. "Midnight Express" is fine European boogie, while the horn-laden "Get a Little Lovin'" is a funky thing. It's always a nice trick when artists can define a genre with a single song, and Murphy did that. Even better when they can follow it up with an album that expands on that song's charms and delivers a satisfying listening experience. A Fifth of Beethoven does that with unerring style and class and stands as one of the high points of the disco era.

A Fifth Of Beethoven

The blend is strong with this one.