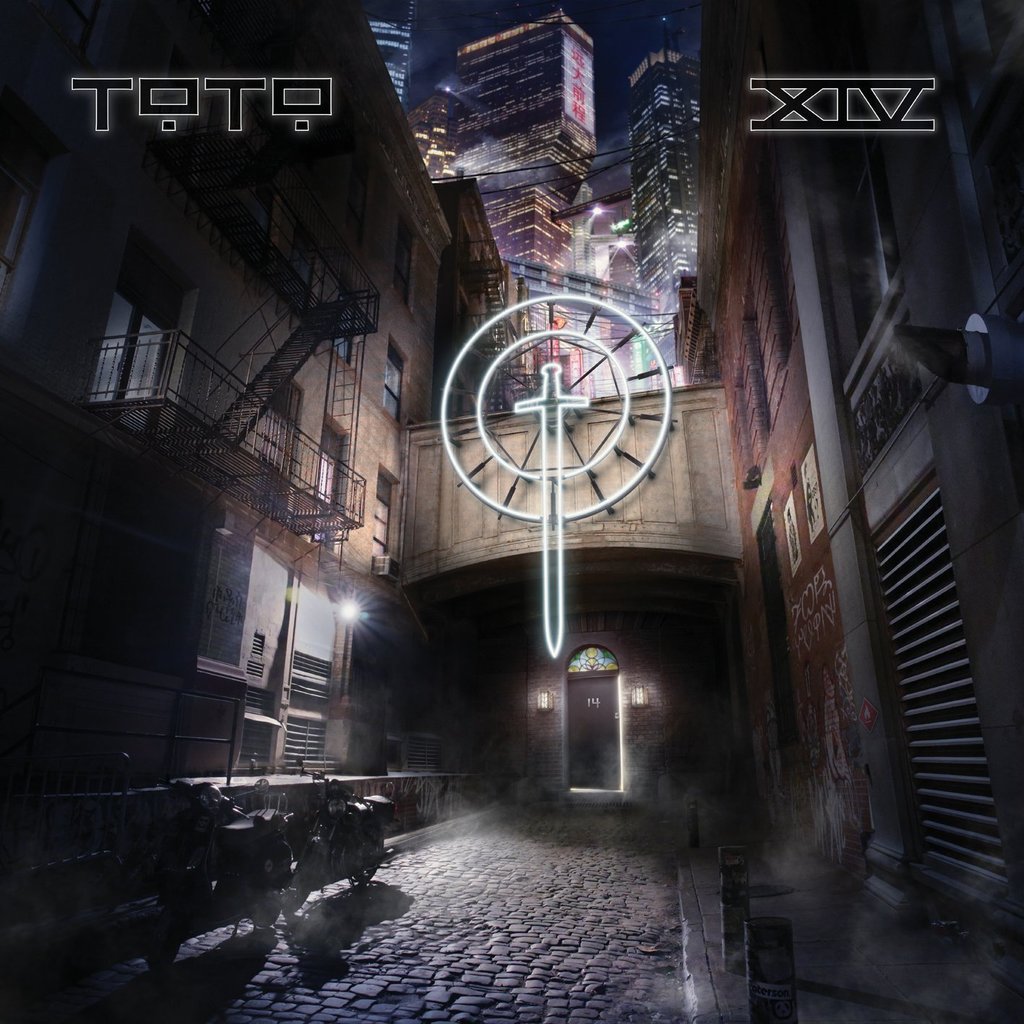 After a nine year hiatus, Toto is back in 2015 with XIV, the band's fourteenth release.  Joseph Williams (vocals) is back in a huge way, as is Steve Porcaro (keys) and David Hungate (bass).  I think the album could have been average and most Toto fans would have been thankful for the release. But it is not average in the least.  It's fantastic.

You know you are getting exceptional musicianship on a Toto album.  But I just wanna take a line or two to say how terrific Joseph Williams sounds on this album.  Basically, he kills it.  And you know Lukather will do what Lukather does.

The album kicks off with a brisk opener, Running Out Of Time.  But it's track two that just floors me from the first time I hear it.  Burn has one of the best hooks I've heard in a long time, and I have no problem saying it has to be one of the all-time great Toto tunes.  Williams is just on fire here.  Holy War is quite the political tune, but that has never bothered me.  I will say that I didn't care for 21st Century Blues at first, but I have really warmed to it.  Side one ends with another incredible hook.  Orphan is another one that ranks right up there on my personal list of all-time great Toto songs.

Unknown Soldier (For Jeffrey) starts side two off nicely, but the only slight hiccup for me is The Little Things.  Sung by Steve Porcaro, I just can't get wrapped around the song.  But that's okay, because Chinatown is the third instant classic on the album.  You just can't find a song much cooler than this.  And it has an atmosphere that puts the listener right down in the middle of the subject.  You can almost smell it.  All The Tears That Shine is okay, and Williams shines once again on Fortune, but it's the closer Great Expectations that really puts the icing on the cake for this album.  The song features lead vocals by Paich, Williams and Lukather.  It also gets quite proggy, flowing from a slow, easy sounding opening into an absolutely killer riff, then back and forth.

Just that quickly, the album is over.  It's running time is just over 55 minutes, which is usually a bit long-winded for me, but this album doesn't feel like it lasts that long.  It seems like it's over too soon.  I would certainly recommend it if you don't already have it.

1. Running Out Of Time

9. All The Tears That Shine

The Little Things and All The Tears That Shine are great ballads and two of my favorite tracks on here.  Funny how that works...

This is my #1 album of 2015 and I've seen a few album lists lately that don't rate it nearly that high, shame that critics don't get this band, they're simply wrong... This is a must have

This barely made my top 10, but it did all because of the last song. Felt that it was a bit of a letdown after FIB, it didn't have the immediate grab that that album had on first listen.

FIB is a jammin' release no doubt.  But this is a melodic masterpiece, its ooey-gooey-melodicness seeps through every note.  Fits perfectly in the center of my wheelhouse...

Most years, this would had been my no. 1, but another album was the better one, only at times, I WAS in doubt, which album was the best. Only Isolation is a better Toto-album imo.

This is a terrific album.  It was in the top half of my personal top 10.  As a matter of fact, it's in the CD player in my truck right now.