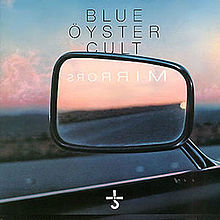 I second...err, third that...err, fourth that??? I love this album.  I agree...9 songs....everyone of them good! I'll listen to this more than once...and come back in weeks and months to follow and listen some more.

Just realized we don't have a group page for BOC! Darn, and then on the heels of all this whining about BOC remasters comes this bit of fantastic news!!

Legacy Recordings, the catalog division of Sony Music Entertainment, will celebrate the 40th anniversary of Blue Öyster Cult--unleashed in 1972, the eponymous debut album from America's heaviest psychedelic metal band presaged punk, thrash and hardcore--with the release of Blue Öyster Cult - The Columbia Albums Collection, a monumental career-spanning BÖC library comprised of 16 CDs (the full official canon plus two discs of rarities) and the mythic Some OTHER Enchanted Evening DVD (a blistering concert video from 1978). The highly-collectible boxed set will be available Tuesday, October 30.


A limited number (100) of individual deluxe VIP packages for the Times Square Show will also be offered. Designed to provide the ultimate BÖC experience, each deluxe VIP package includes Blue Öyster Cult - The Columbia Albums Collection (in advance of street date!) in addition to a guaranteed seat in the first five rows of the Best Buy Theater for the BÖC Times Square concert; a pre-show meet & greet with the band; an autographed limited edition Blue Öyster Cult event poster and an exclusive commemorative laminate.


Blue Öyster Cult - The Columbia Albums Collection brings together the group's 14 official Columbia Records albums--including newly-mastered editions of On Your Feet or on Your Knees, Fire of Unknown Origin, The Revölution by Night, Mirrors, Cultösaurus Erectus, Extraterrestrial Live, Club Ninja and Imaginos--alongside two newly-curated bonus discs: Rarities and Radios Appear: The Best of the Broadcasts (a special collection of classic live performances).

16. Rarities
17. Radios Appear: The Best of the Broadcasts


Originally formed in Long Island as Soft White Underbelly in 1967, Blue Öyster Cult combined adventurous lyrical themes with an aggressive instrumental sound. With passion and intelligence on display in equal measure, Blue Öyster Cult became the thinking fan’s rock band and a sign of life in a sea of dull, anemic soft-pop. Anthems like “Godzilla,” “Harvester of Eyes” and “Don’t Fear the Reaper” stretched the boundaries of rock topics while lead guitarist Donald “Buck Dharma” Roeser became a hero to legions of budding axe-wielders. The band’s mystique extended to their album artwork, resulting in some of the most distinctive and iconic LP covers of the rock era. Blue Öyster Cult - The Columbia Albums Collection gathers the essential pieces of the Blue Öyster Cult story into one mind-boggling totality.


Logon to www.blueoystercult.com for information about presale tickets for the Oct. 28th show at the Best Buy Theatre."

What, no group page for BOC? How could CRB have made such a grave oversight?

You or Scott should definitely make one.  It's not difficult.  Let me know if you need any help.  I don't think there is a group page for J. Geils Band either.  I've been thinking about making one, but just haven't had the time.

Can't say I'm that much of a BOC fan, but this sounds like a great Christmas gift.  I'm guessing a couple hundred bucks minimum.

This was rumored since last year, finally have a release date! Price right now it around $170, believe this will come down. HOWEVER.... with everything from their first album thru "Some Enchanted Evening"  already available and the same remasters, it's $170 for 7 albums, plus a couple extra discs. If they release the remaining 7 discs as standalones, I will definitely buy. But to already own half and then plunk down more money? I dunno.

This is a terrific album.  I've never heard it before today.  I can hear the attempt at a more commercial approach, especially with the female backing singers, but the guitar playing (especially that opening riff) and vocals are very good.  The best songs to me would be The Vigil, I Am The Storm, Dr. Music (definitely commercial sounding) and Lonely Teardrops.

This makes me want to request that box set of complete, remastered albums for Christmas...

I think I'm gonna ask for it as an anniversary gift.

I still think it's going to drop more, but this is much better than the $170 exactly one month ago. So, using my awesome math skills, by October 14 it should be down to around $70! Wishful thinking, but if this drops below $100, I'm in.

Anniversary is this month, I'll be asking for a late gift.