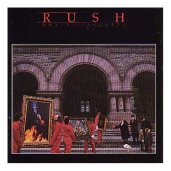 Over the course of their decades-spanning career, the Canadian power trio Rush emerged as one of hard rock's most highly regarded bands. 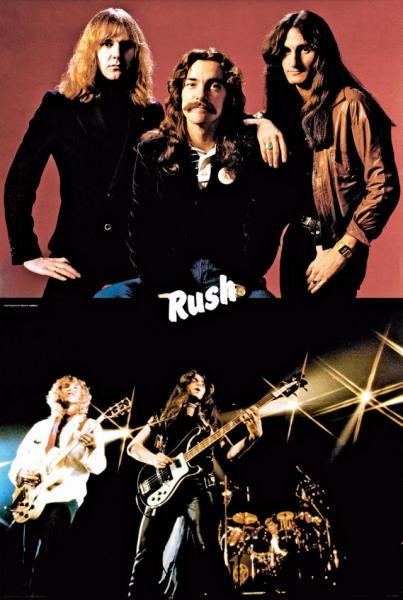 The Canadian power trio Rush attracted a large international following in the mid-1970s with their eclectic brew of metal, progressive rock, and fantasy-oriented lyrics. Since then the group has kept up with the times, gradually developing a more pop-oriented sound, but their career approach has remained more or less the same: bypass the critics and Top Forty radio and sell records by touring constantly. In the wake of their enormous success--a 1991 Maclean's profile revealed that the trio had been "a multimillion-dollar entity for 15 years"--Rush has earned grudging respect from some of their harshest critics. Perhaps more notably, though, the once unfashionable fusion they pioneered in the 1970s has emerged as an influence on many cutting edge rock acts of the late 1980s and early 1990s, including Faith No More, Jane's Addiction, and Fishbone. What critics of the 1980s derided as "dinosaur rock" gained a new relevance in the 1990s, causing many fans, musicians, and critics to reassess Rush's work. Rush's success has allowed them to take a more relaxed approach to their careers; all three live quiet, domestic lives. As bassist-singer Geddy Lee remarked in Maclean's, "it's a darn good job and we do very well. But now, I'm not afraid to say no to Rush. My family's extremely important to me." This mellowed perspective has also permitted Lee, guitarist Alex Lifeson, and drummer-lyricist Neil Peart to demonstrate that their reputation for taking themselves too seriously has been exaggerated. "People have always accused us of being deadly serious, but we all can look back at our albums and see the jokes," Lee insisted in an interview with Musician' s J. D. Considine, though he admitted this perspective came with time. "It's funny, when you're younger you seem to have this intentional furrowed brow when you're writing your music. It's like, 'This is serious music!' God knows what serious music is, but when you're a little bit older, you seem to have a lighter hand." Lightness of touch would probably not have been the attribute that leapt to the minds of Rush fans or critics of the 1970s who attempted to describe the trio. 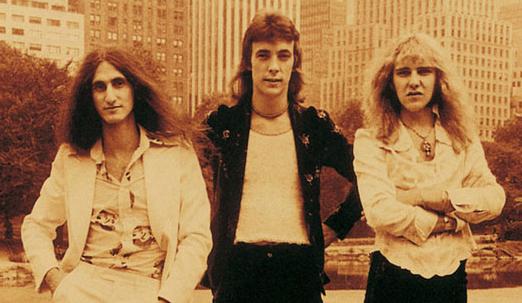 The group's early albums featured science fiction opuses and songs based on the work of ultra-individualist writer Ayn Rand, all set to music jammed with complex time changes, extended solos, and bombastic riffing. Lee's voice, which Rolling Stone' s Michael Azerrad called "a shrill screech," has had many detractors over the years. With 1980's Permanent Waves, however, the band turned a corner; the album contained their first radio hit--appropriately titled "The Spirit of Radio"--and drew their first respectful press. Though reviews were mixed over the next decade, the group retained a loyal core of followers and managed to make new converts with each tour and record. The Rush enterprise began in the late 1960s. Lee and Lifeson met in high school in Ontario, Canada. Influenced by the heavy psychedelic rock of Cream and Jimi Hendrix, the guitarist and bassist began playing together; by 1968 they had formed a group with Lifeson's friend John Rutsey on drums. The group struggled on the club scene until a major legislative development--the lowering of the legal drinking age to 18 in Canada--increased their schedule threefold. Soon they were playing gigs throughout the week, and were not constrained to dances that required them to play oldies. After several years and numerous frustrated attempts to generate record company interest, they elected to make their own album. Their debut LP, Rush, appeared on the Moon Records label in 1974, sold surprisingly well in the United States--thanks in part to substantial airplay on a Cleveland, Ohio, radio station--and led Mercury Records to sign them. Soon the group had booked a U.S. tour. At that point, however, a falling out led to Rutsey's departure. Desperate, Lee and Lifeson auditioned and hired drummer Neil Peart; soon the trio achieved "international band" status by playing in such exotic places as Florida and Pennsylvania. For the first several years their touring schedule would be incredibly rigorous. Ethan Miller, Getty ImagesRush will release a remixed version of their 2002 album ‘Vapor Trails’ as well as a box set collecting all of their…Continue

from classicrockmagazine.comNeil Peart is to have a…Continue

RUSH - Open Court Publishing To Release Rush And Philosophy: Always Hopeful, Yet Discontent In May 2011 4 Replies

You need to be a member of Rush to add comments!

That article didn't mention the 2011 remaster.

Totally gonna get that before Jon! 
The guys in Rush may be planning on taking a year off in 2014, but that doesn’t mean their classic records will get a vacation. In fact, it looks like the band’s 1974 debut LP will return to stores with a few new additions.

The Globe and Mail reports that the ‘Rush’ album is due for a 40th anniversary reissue next year, and adds that the band is “very involved” in the process. And although no details are given regarding what fans can expect in terms of remastering or bonus tracks, it’s worth noting that the article in question focuses on deluxe single-album upgrades like the newly expanded versions of Nirvana‘s ‘In Utero’ and Van Morrison‘s ‘Moondance.’

The members of Rush have been in a retrospective mood lately, boxing up their Atlantic output and releasing a remastered version of their 2002 album ‘Vapor Trails.’ While ‘Rush’ received the remaster treatment in 1997, it seems safe to assume the process will start over for the 40th anniversary edition — and that the vaults are being combed for whatever live tracks and demos the band can scrounge up.

Also of interest for classic rock fans: the Globe and Mail’s article notes that a slew of other deluxe reissues are on the way in 2014, including yet another version of Elton John‘s ‘Goodbye Yellow Brick Road,’Supertramp‘s ‘Crime of the Century,’ and an archival release from Kiss.

I love Roll The Bones although fans seem to be mixed on it.  Bravado is one of my top 5 all-time Rush tracks.  Its production is different than what you'd expect froma typical Rush album and its got some very commercial (Re: non -prog) tunes on it.

And as much as I hate to admit it, but Jon is spot on woth Counterparts, awesome top to bottm.

Test For Echo is hit and miss for me...

Counterparts is awesome. The others have moments but overall are just ok. This, of course, being my humble opinion which is never wrong.

Tell me honestly, and it must be Jon and Scott, I'm referring to, since you guys seems like RUSH diehard fans:

Is "The Studio Albums 1989-2007" worth getting? I mean SERIOUSLY worth getting? I own "Presto", or did because I don't think, I can find it. And I own "Snakes And Arrows" and "Vapor Trails". Now, I am not a big fan of RUSH's studio-albums after "Hold Your Fire", and that was one of the reasons, that I can't find Presto anymore. Except for the newest album, of course, which is great. "Snakes...." wasn't THAT great. But do you guys think, that since I'm a reborn Prog-fanatic nowadays, that it would be a good idea for me to purchase "The Studio...."? I'll be getting the remixed VP that way, but are #Roll The Bones", "Counterparts" and "Test For Echo" so excellent in your opinions, that I need to buy the set?

I'm not sure about this.  Should a person be in the HOF based on one album?  Are these Rush "fans" that are upset the same fans that are angry with GNR being inducted on the strength of 1 album?