I pride myself on having a large working knowledge of all things music but boy did I get an awakening last week that showed there is always so much more to learn.

Last Sunday, I was watching a playoff football game and it ended at 8pm. The next thing I planned to watch didn't start until 9pm so I planned to do a little reading and decided to use the Music Choice digital music channel for Classic Rock to accompany the turning of the pages.

Now normally that would've been the end of the story. But I got a little bit of a surprise when the channel played two songs back to back that I'd never heard before. Just when you think you couldn't be surprised by music, right?

The first song was a ballad from Rod Stewart called "I Was Only Joking" and given that I've heard a ton of songs from Rod Stewart, you would've thought I'd heard every great song he's ever done. It was really quite a beautiful track that drew you in from the start. To find that the Music Choice channel was playing it was shocking because for the life of me, I didn't realize they had such a deep catalog they worked with. Admittedly kind of a stupid assumption on my part, but it was a nice little capper to my day last weekend.

There's really no excuse for why I hadn't ever heard the Montrose song "Bad Motor Scooter" before. But I was pretty impressed by the track. I really got into it and was enjoying the slight headbanging that just started out of nowhere for some reason. I've read about the band over the years but never really paid them enough attention to become well versed in the catalog. But for that brief few minutes, I was TOTALLY into Montrose.

For those paying attention to some of my posts here, I write reviews of mysteries and thrillers for a magazine called Mystery Scene. I recently read and reviewed a book called Head Wounds by Dennis Palumbo. I'd never read any of his previous work but this particular book (with a review hopefully to be included in the next issue to come) was outstanding. Besides simply being a well written thriller, the author makes use of a Warren Zevon song in the plot. It was masterfully done and as a devoted Zevon fan, you can imagine how thrilled I was by the inclusion. 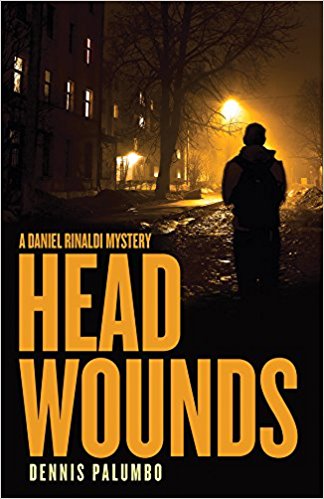 Are you a liner notes fanatic? I know that I am. Besides the lyrics, I like to read the ins and outs of the creation of the album, the personnel, the guests and even the thank you section. Sometimes you see things that make you think, wonder how they got someone to write a song or perform on the album. Sometimes you just see out and out weird things. But today I saw one that rocketed to the top of the "Weird" list.

For this, we head back to Rod Stewart. After listening to that "I Was Only Joking" song, I decided to look up the album he did that featured the song "Some Guys Have All The Luck". I remember when the song came out in 1984 and was a decent hit for Stewart. I loved the song but never bought the album. As it turns out, the album is called Camouflage. I could've just ordered a cheap CD edition off of eBay (and might still actually do that), but I was headed to my friend Roger's record shop today and decided to see if he had a copy of it on vinyl.

To my happiness, he did and it was at a really decent (read that as CHEAP) price. Before I bought it, I took the album out of the sleeve to inspect the record. Everything looked good and I just happened to glance at the liner notes. The album was produced by a guy named Michael Omartian. Well, seven out of the eight songs were anyway. Apparently, the song "Bad For You" ended up being produced by Stewart himself.

I know that you are probably thinking, "So what? That kind of thing happened all the time." And yes it does. But towards the bottom of the liner notes was a message that said... and I quote: "Please note: The lyrical content of the song "Bad For You" does not represent the views of Michael Omartian, a born again Christian".

SAY WHAT? That is without a doubt the weirdest damn thing I've ever read in the liner notes for an album. Perhaps making it weirder was it wasn't like this was Omartian's album or something. I could see it then. But why Stewart had it on his album's liner notes is kind of beyond me. 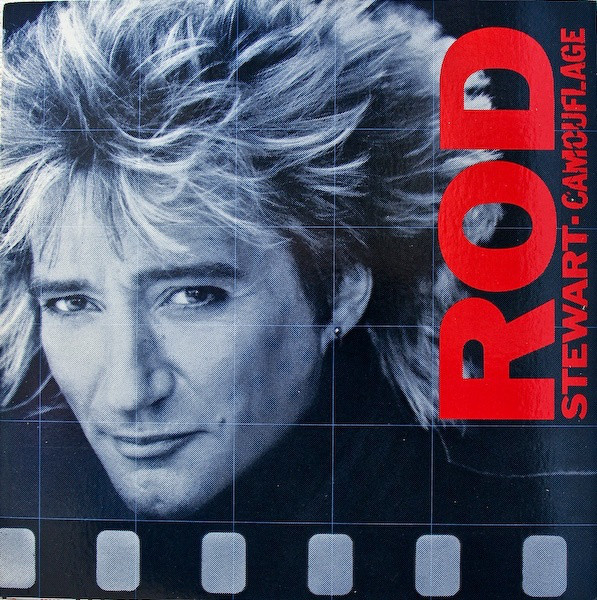 I was late to hop on the Bad Motor Scooter as well, but not as late as you and Bossman.  See, my brother owned Paper Money and a friend had Jump On It.  I actually listened to Paper Money quite a bit, but often stared at the cover of Jump On It, truly the former is better than the latter so thats my story there...  But I did get caught up sometime early in High School (I think, if not it was close to that time), mostly because of the Gamma1 release which brought Montrose back into the picture...  Cool albums, all of them!

Thanks for reading the post. I'll look forward to hearing your thoughts on the book should you end up getting it.

I've always liked that Rod Stewart song.  I was late to the Montrose party too, just discovered Bad Motor Scooter a few years ago.

Cool story about the liner notes.

The book sounds very interesting.  I love when a band or particular song is woven in and around a story.  I might try to seek that book out and give it a try.  If I do, I'll let you know what I think about it.

Thanks for the updated info Scott, I'll make the change in the post.

I was only Joking was released as a single.  I actually owned a 45 of it.  Absolutely love the album it came off.