It's time for yet another year end Best Of List round up. This year I decided to do my Top 10 concerts of 2018 because I actually had a list large enough to choose from.

This year I attended 16 shows in all. And while that is not a lot for most avid concertgoers, it is the most I've ever gone to see in one calendar year.

While my enthusiasm for live albums has waned, it would seem that I have had a corresponding uptick in my appreciation for attending these live concert events.

And while it should be obvious, I should point out that this list reflects only the shows I've gone to see. If I didn't go, it wouldn't make the list.

My thanks go out to my concert buddy George, who took the majority of the photos included in this article and most of the reviews that I did as well. Thanks to Photogasm Boston for the pics from The Iron Maidens show.

This is the only show on my list where I didn't do an official review write up. I'd long wanted to see John Waite in concert and though I narrowly missed going to this because I was sick for a couple days before the show, I went strictly as a fan and had a great time. His opening act, Leslie DiNicola was pretty good as well. 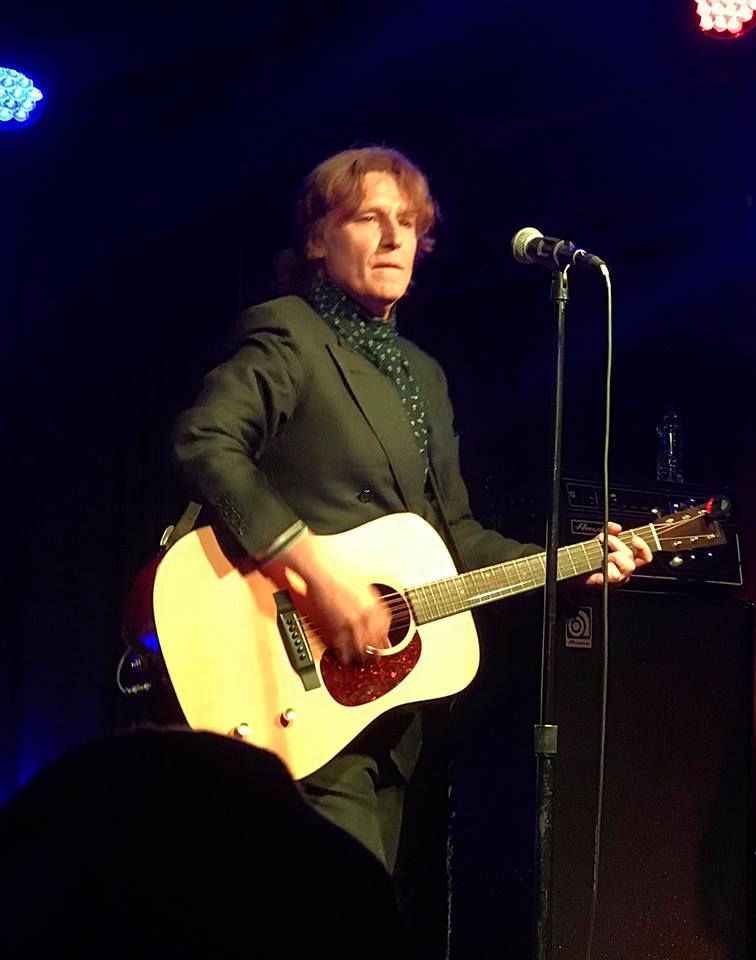 I know a lot of rock fans might not be into an all-acoustic set, but for me if it is done well, this particular musical show can be just as thrilling as a full throttle pyrotechnic electric show as well. Such was the case when I got to see Kip Winger this past summer. Not only did I get to see him perform songs from the Winger catalog but I got introduced to some pretty cool sounding solo material as well. I was NOT a fan of the opening act The Concept though. You can read my full review of the show HERE! 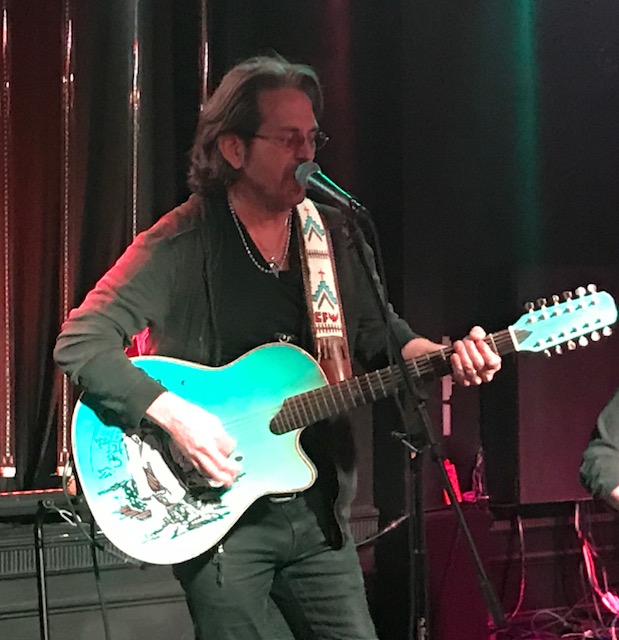 I am a HUGE fan of Ronnie James Dio so when I saw that Dio Disciples were going to be in my area I knew I had to go. Paying tribute to Dio is never a bad thing and I got to spend the night doing so. Given that three members of the Dio solo band are in the Dio Disciples lineup, you knew they were going to do things right. While I wasn't overly fond of opener Burnin' Time, the other opening act was Metal:101 and they were just flat out awesome! You can check out my full review of the show HERE!

While the band may be a tribute act for Iron Maiden, this in no way lessens my appreciation for the show they put on this past summer. It was a flat out killer show that actually made me less inclined to seek out any other Maiden tribute act in the area because this group just does a magnificent job. Opener East Coast Alice was likewise great to see. You can check out my full review HERE! I admit it, before this show I wasn't really much of a fan of Ted Poley or Danger Danger for that matter, other than the two songs they are most known for.. But talk about being converted! This was a fantastic show and I definitely consider myself oa fan of his now. This was a blast of rock and roll enthusiasm that was easy to get swept up in. How much did I like Ted Poley's set? I got in early and picked up his new solo album long before it was set to be OFFICIALLY released. Openers Sygnal To Noise was OK at this show but I didn't really know their stuff. However I saw them once more later in the year and enjoyed that set a lot more. As for Super Troup, I really liked their set. You can check out my full review HERE! 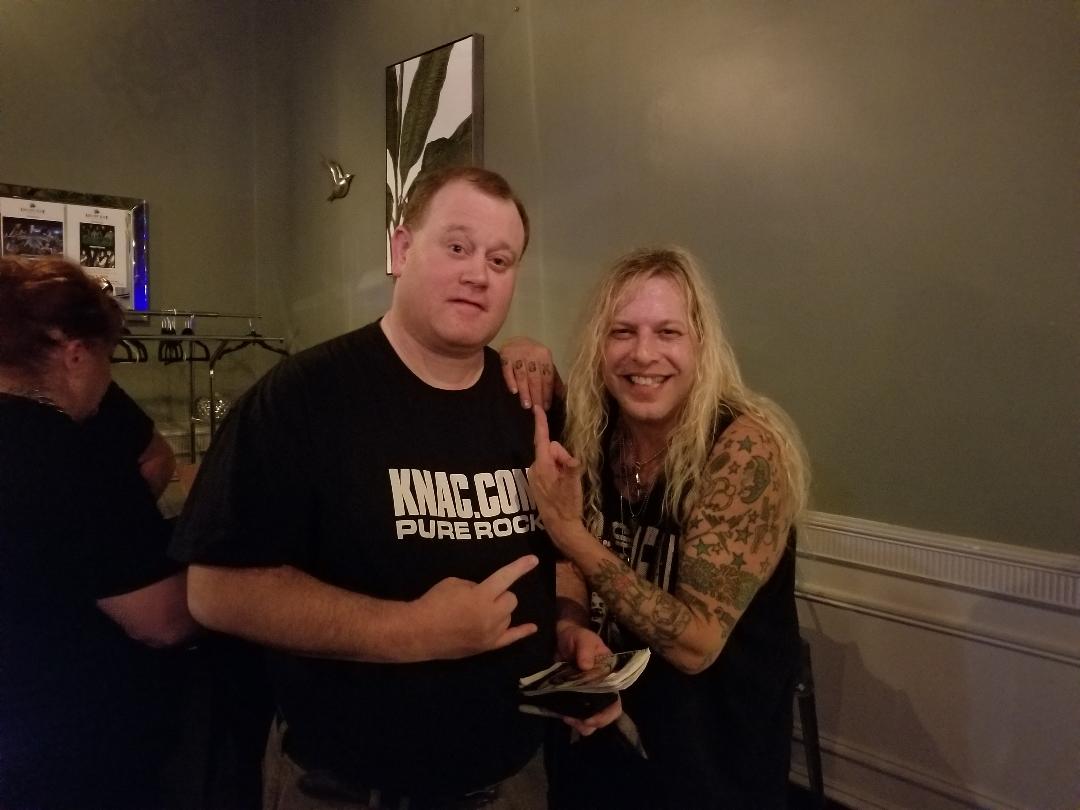 While I wasn't all that crazy about opener Churchburn, I was really into both of the main acts on this bill. Testament was kind of a acquired taste for me. I knew of them, had a couple of albums but wasn't what you would call a huge fan. After their set however, I was once again converted to the cause. They were great. And I have always liked Anthrax so getting to see them once again after nearly 30 years from the first time I saw them, well it was worth the wait. You can check out my full review HERE!

While opener Act of Defiance wasn't my cup of tea, the night of July 14th was all about Armored Saint anyway. I've been a fan of the band since their Raising Fear album but until this past summer had never seen them live. Making things even more anticipated was the band performing the entire Symbol of Salvation album on this particular tour. They have a song that asks "Can U Deliver?", but without a shadow of doubt, that's exactly what Armored Saint did on this night for the audience. You can check out my full review HERE!

I don't know what else I can say about this show but that it was absolutely amazing! No opening act, just 2 hours and 45 minutes of pure "Pumpkins United" greatness! You can check out my review of this knockout show HERE! This was an amazing night. While I'd seen Rob Halford when he was doing his solo Halford project, I'd never seen Judas Priest in concert. Leading up to finally accomplishing that musical goal, the set from Black Star Riders was quite good and Saxon (a band I really hadn't been a fan of beforehand) was great. Well worth seeing as both bands did a great job at making me into a fan. Particularly Saxon because I've gone out and bought a bunch of the reissued editions of their albums. But then Judas Priest hit the stage and it was just killer...everything I could've hoped for including seeing them perform "Breaking The Law" with Glenn Tipton on guitar! You can check out my full review HERE! 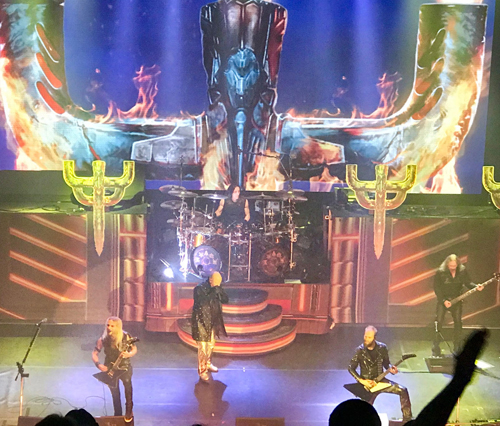 There were a bunch of local bands on the bill that I skipped entirely. The official opening act was a band called Elm Street, and I didn't really care for them. But that all paled in comparison to seeing Udo Dirkschneider performing all the songs he helped make huge during his time as the singer for Accept! This show was totally "Balls To The Wall" for me. What more needs be said than, check out my full review HERE! 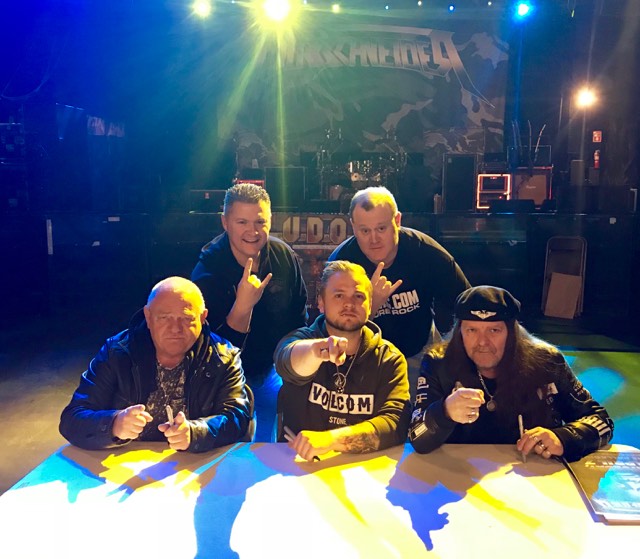 So that's a wrap on my 2018 concert excursions. 2019 was going to be a year where I saw less shows but already there are eight shows announced that I want to go see and I've got tickets for four of them thus far. So it looks like next year could be my Year of Live Music, Part 2!

So get out there and join me in supporting live music!

Turned out to be one of the best concerts, I've attended. I'm not that big a fan of his latest album, but the songs he played from it fitted in between songs from TRTRTS, HCE and several PC-songs. Just check out the new Blueray/DVD by Wilson, and you'll get an idea how awesome it was, but nothing beats being there LIVE.

I like Clutch, but they are not really among my favorite bands, but just like their albums, live they are very good. There were 2 (!) bands supporting, can't remember their names, but that meant Clutch only played for 65 min. I'm glad I've seen the band, but I doubt I'll pay for a ticket another time. Only Wilson and Morse makes me attend concert after concert.

Much bigger place, that Vega. Forum can hold maybe 5,000 people, Vega only around 1,000. But Forum was sold out, when Toto played in February, and I had tickets right up front, which made it a nice experience. And they played 3 songs from my favorite Toto-album, Isolation, which was a nice surprise.

Now, Royal can hold maybe 10,000 people and it was a sold out-concert. It was an okay concert, and a great show. Lynne can't sing some of the notes anymore, and had a back-up singer. That made it almost a tribute-band, when Lynne wasn't singing. When Lynne sang the right songs, it was great, though.

This was pure and simple to see Ian Anderson in the flesh, since he has been one of my heroes since '78-'79, and Tull is perhaps my fourth alltime favorite band (still I don't like any album they've released since 1980). I knew, he couldn't really sing anymore, but I didn't know it was THIS bad. It would had hepled, if Martin Barre had been there on guitar, but it was just Anderson with unknown musicians, calling themselves Jethro Tull. Still, there were maybe 5,000 people there. Now I've seen him, and I wouldn't go again, if someone gave me a ticket for free.