by "keeping it epically real" Jon 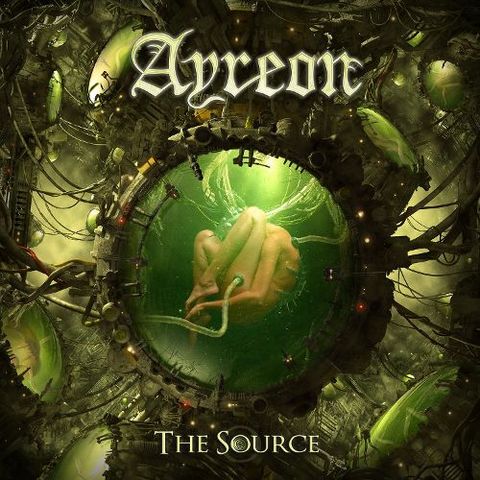 1. The Day That The World Breaks Down

Arjen Anthony Lucassen is one of the cool dudes of Rock music. He's not too above his fans to personally respond to them and since I have everything he released, including his pre- Ayreon projects, this is a no-brainer purchase for me. Of course, the constant quality of his albums, helps too.

Yeah, this isn't really my style.  Though I'll say it wasn't terrible.

That first song was really, really long.  At least the last one was short.  Sounded like it was cut off or something.

Each song blends into the next so they should all sound cut off.

And it's the album of the year so far.

Permalink Reply by Scott on May 15, 2017 at 9:58am
But Steven Wilson is releasing a new album, that will be album of the year automatically

Ayreon's album from 2013, I think it was "The Theory Of Everything" became my album of the year, even though it was the same year Steven Wilson's "Raven"-album was released. Still, I don't really know, which album is the better, probably Wilson's, but "Theory" was/is one hell of an album.

Is this as good then? No, it's not. It's still good, though. Best album of the year so far, in fact.

Maybe it's me, I don't know, but this time, the many different singers (a lot of them unknown to me) annoys me a bit. Some of those singers sounds to me like wannabe's. Sometime you hear "Geoff Tate" and sometimes "David Coverdale". The only really "original" singer is a singer I hate: James LaBrie from Dream Theater. He does an okay job on this album, when you look beside his "David Cassidy"-way of singin.

There are some nice guitar-solo's, but not really one where you go "holy shit". Even though the musicianship is in top, it's kind of something heard many times before. Kind of like Devin Townsend: When you've heard quite a few of the albums, it starts to sound the same, even though the songs are getting weaker.

But I don't think, that this album is THAT much weaker than the last album, not like Townsend that to me sounds like he has peaked, since the last 3 albums or so have been dissapointments. This album is not really a dissapointment, its' not bad, but as I said maybe it's just me. I'm not really in to this 80's-style Opera-rock right now.

I loved the story on "Theory", and it was like (for me) listening to a great rock-opera/musical, and it would be great to see a stage-performance of that album.

This story goes right over my head. I know it's a pre-store to some earlier albums, but all this "out in space in a different time"-stuff doesn't really do it for me. In "Theory" it was clear, which voice was the role of the father, the son and so on, but on this album, I'm still confused after listening maybe 10-12 times (I've had this album a month or so, since I got it 10 days before release-date). I love a good concept album, and I still hope this album will be better and better, but I doubt it.

But I'm sure it will be in the topper half of my top 10 list. I can only think of 2 or 3 albums that might be better this year.